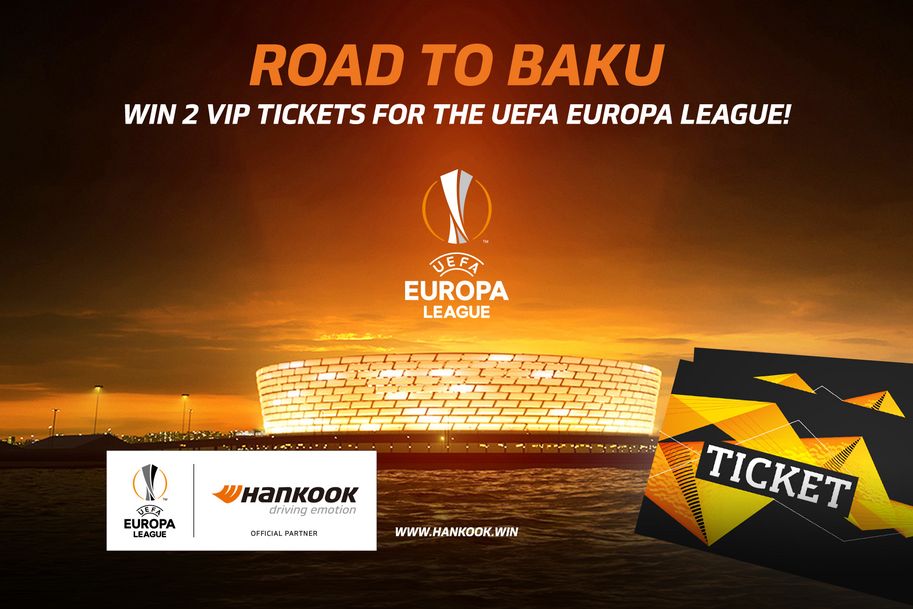 Tyre maker Hankook once again presented itself successfully as an official sponsor of the UEFA Europa League during the past season. The company's commitment again incorporated diverse, Europe-wide activation projects and initiatives throughout the entire season. The numbers speak for themselves. A total of more than 100,000 football fans took part in the various online Hankook campaigns promoted throughout Europe. The highlights were undoubtedly the main prizes: VIP trips to the Final in Baku, Azerbaijan, as well as to the "Fans Final", where the winners had the chance to play their own final at the same venue as the two teams on the following day.

Neu-Isenburg, Germany, 11 June 2019 – This season, premium tyre maker Hankook can once again look back on a successful commitment as an official sponsor of the UEFA Europa League. Football fans from all over Europe had the opportunity to win VIP tickets for the group and knockout stages, as well as the Final in Baku online, via the "Hankook Ticket Arena" and the tyre maker’s many European Facebook channels. Hankook gave away more than 400 VIP tickets for the current season, 20 tickets for the coming 2019/20 season and many other prizes over all 15 match days.

There was a real buzz on social media in the lead-up to the final on 29 May. Hankook recreated a virtual journey to Baku for its fans with the campaign "10 Stops to Baku". Postcards from ten well-known European cities, including Frankfurt am Main, Munich, Maribor, Zagreb, Belgrade, Sofia, Istanbul, Trabzon and Tbilisi showed the way to the final in Baku and were also accompanied by attractive winning opportunities. Via the Hankook Ticket Arena ( https://hankook.win/en/ ), the participants were also able to secure a place in the prestigious "Fans Final" the day after the final in Baku. There the winners were coached by former professional player Deco and the well-known YouTuber Behzinga. They then played their own match at the Olympic Stadium in Baku.

"The long-standing partnership with the UEFA Europa League offers us a unique, Europe-wide platform and is an ideal opportunity to sustainably strengthen our brand awareness throughout Europe. That's why we are delighted that so many fans have accepted the offers and promotions on our European Hankook platforms. This ultimately confirms our long-standing commitment as a partner of top European football," says Han-Jun Kim, President of Hankook Tire Europe.

Tyre maker Hankook has been successfully involved in the UEFA Europa League as one of the main sponsors since the 2012/2013 season and thus maintains the longest partnership of all sponsors. With 64 teams and 205 matches, the UEFA Europa League is by far the largest competition organised by UEFA and one of the largest of its kind in the world. More than 60 million viewers watch the final live on their TV screens. Since 2016, Hankook has also organised the "Centre Circle Carrier Programme" for UEFA Europa League matches. This allows young people between the ages of 14 and 20 to become part of the action and carry the centre circle banner into the stadium prior to the start of the match. Hankook wants to draw attention to the topic of road safety by primarily giving young people the chance to become Centre Circle Carriers who, for example, have lost relatives in car accidents. 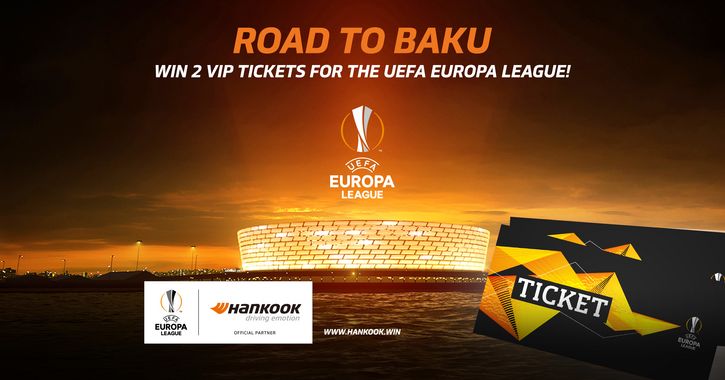 This season, Hankook can once again look back on a successful commitment as an official sponsor of the UEFA Europa League 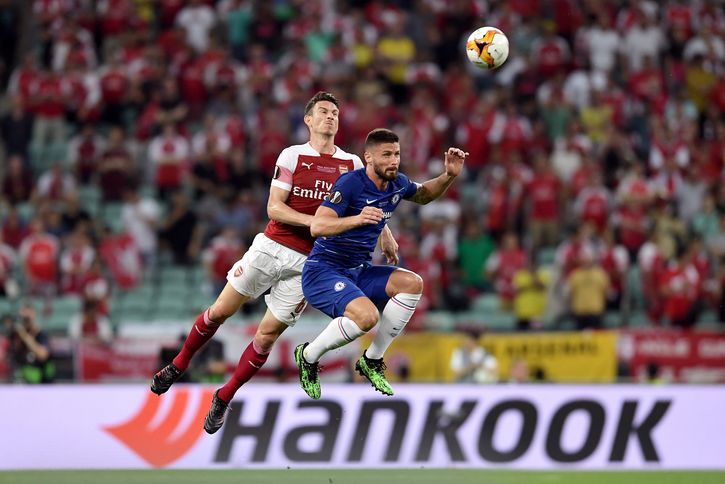 BAKU, AZERBAIJAN - MAY 29: Laurent Koscielny of Arsenal competes for a header with Olivier Giroud of Chelsea during the UEFA Europa League Final between Chelsea and Arsenal at Baku Olimpiya Stadionu on May 29, 2019 in Baku, Azerbaijan. (Photo by Alexander Scheuber - UEFA/UEFA via Getty Images) 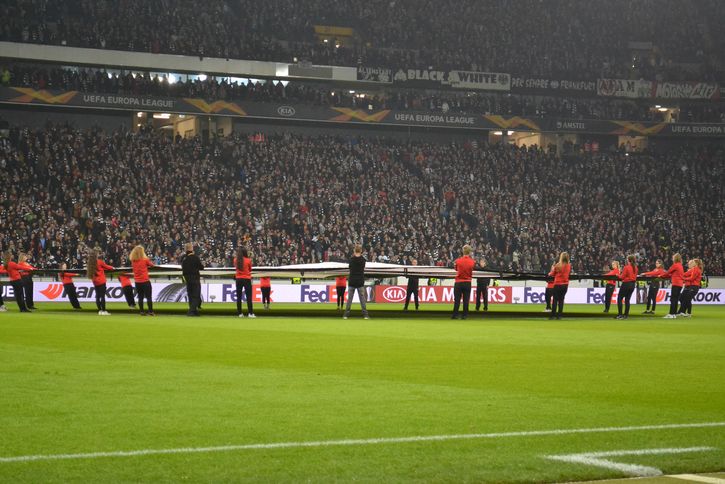 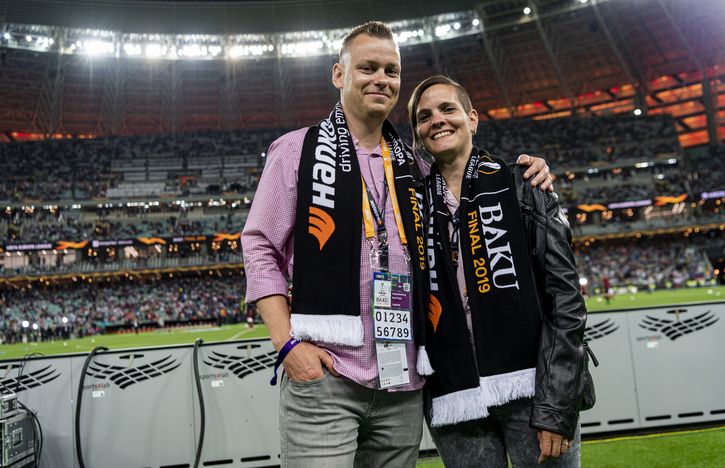 BAKU, AZERBAIJAN - MAY 29: Warm-up experience by different partners and sponsors prior to the UEFA Europa League Final between Chelsea and Arsenal at Baku Olimpiya Stadionu on May 29, 2019 in Baku, Azerbaijan. (Photo by Alexander Scheuber - UEFA/UEFA via Getty Images) 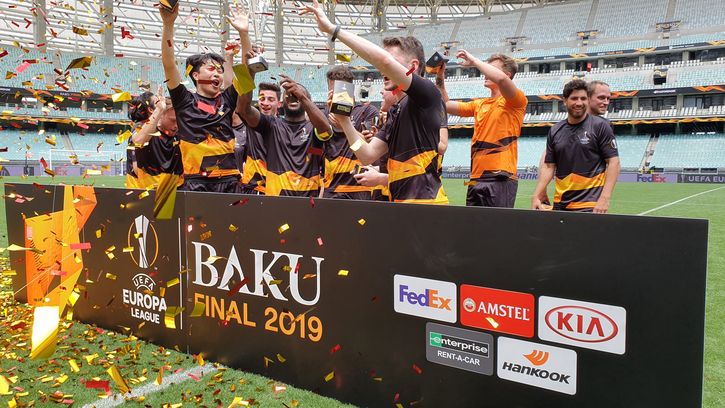