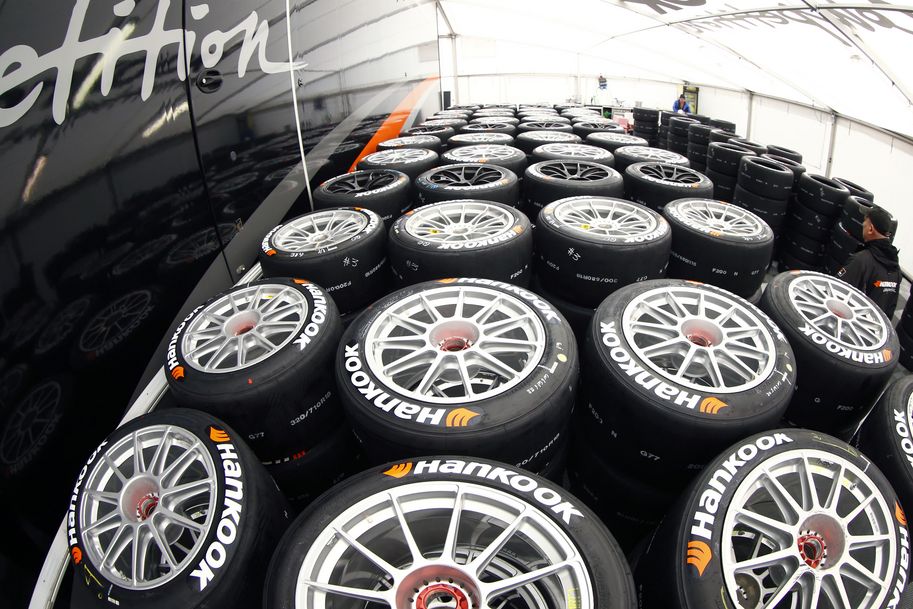 New generation of Hankook racing tyres for the DTM 2017 season

Tyre maker Hankook is launching a new generation of tyres for the upcoming DTM 2017 season. Preferred by the drivers, the new DTM slicks of the Ventus Race generate more grip in their optimum condition than the previous version. And, as requested by the vehicle manufacturers and organisers, they wear more quickly and heavily depending on use, which will significantly influence lap times. This should increase race excitement.

Germany, Neu-Isenburg, 09.03.2017 - For the new season in what is probably the world’s most successful touring car series, premium tyre maker Hankook will be introducing a completely new generation of slicks to the racetrack. The new Ventus Race, which is now the fourth DTM version, will generate more grip than its predecessor despite unchanged dimensions (FA: 300/680 R 18, RA: 320/710 R 18). When pushed hard, they will also wear somewhat more quickly and heavily than last year’s model, which will have a significant influence on lap times, depending on driving style.

Hankook, the exclusive DTM tyre partner is thus fulfilling a request by the three vehicle manufacturers Audi, BMW and Mercedes Benz as well as the DTM organiser ITR e.V., who expect the new tyres to lead to even more exciting races and significantly more overtaking manoeuvres. Final tests have already shown that lap times can increase by several seconds as tread wear progresses and depending on how aggressive the driving style is, which promises very exciting racing, and demands more tactical skills from the drivers in future. The changes only affect dry tyres; the DTM rain tyre variant, the Ventus Race Rain, will remain unchanged for the 2017 season.

“There is no doubt that the DTM is one of the most technically demanding racing series in the world, so our development engineers have had some hard nuts to crack with the DTM racing tyres,” Manfred Sandbichler, Hankook’s Motorsport Director, explains. “As in the past, we have done a good job fulfilling the 2017 specification, as feedback from the latest tests confirms. This means another exciting season awaits in terms of tyres.”

Thomas Baltes, the racing engineer responsible for the DTM at Hankook, explains: “The new DTM slicks are a completely new development, although the sizes remain the same. With the fourth generation of Ventus Race tyres, the focus will be back on the “tyre whisperers” among the DTM drivers. Those drivers and their engineers who manage to run the tyres in particularly well, in order to get them to their optimum temperature window as quickly as possible but without too much aggression, will have a significant advantage in 2017. The treatment of the tyres during qualifying will also have more influence on the performance during the subsequent race than has previously been the case.”

Another alteration for 2017 prohibits the slicks being pre-heated; drivers must drive intelligently, particularly at the start and during the first laps after a pit stop, to get the tyres up to working temperature as quickly as possible.

Mattias Ekström (Audi): “Following the tests and hundreds of kilometres driven with the new tyres, I am very confident as far as the performance for the new season is concerned. As a driver I noticed the changes immediately: the structure seems somewhat harder and the rubber is significantly softer. This leads to very exciting road performance and significantly faster lap times when you get the tyre working for you properly. I can feel a significant drop with the new tyres in comparison to our previous ones. This gives us drivers the possibility of making a greater difference depending on how we handle the tyres. On hot days in particular it will be fascinating to see what performance the individual drivers can produce and maintain over the distance.”

Augusto Farfus (BMW): “The new tyre offers more grip than its predecessor, however the so-called 'drop' is higher too which will guarantee more interesting races. As the driver, I have a certain influence on this drop which is exciting. Driving with tyres that have not been preheated will present a special challenge, particularly on cold track surfaces, because it is much more difficult to get the tyres up to temperature. All in all, these are positive changes that will make the races even more fascinating.”

Gary Paffett (Mercedes-Benz): “The tyres feel good and will ensure plenty of exciting racing. The changes mean a bit less downforce, but the tyres will have slightly more grip. That should make it possible to get closer to the guy in front, so racing should be that bit more exciting and also lead to more overtaking manoeuvres.”

Robert Wickens (Mercedes-Benz): “We’ve driven a lot of kilometres, and it all went well. The most important thing for me is to understand the new tyres. It’s still very early in the development phase, but the initial indications are good. They are performing well and should make for some thrilling racing.”

Image 1: The Hankook racing tyres in the Hankook service tent.

Image 4: In 2016 electric blankets for Hankook slicks were used before the race – this changes in 2017. 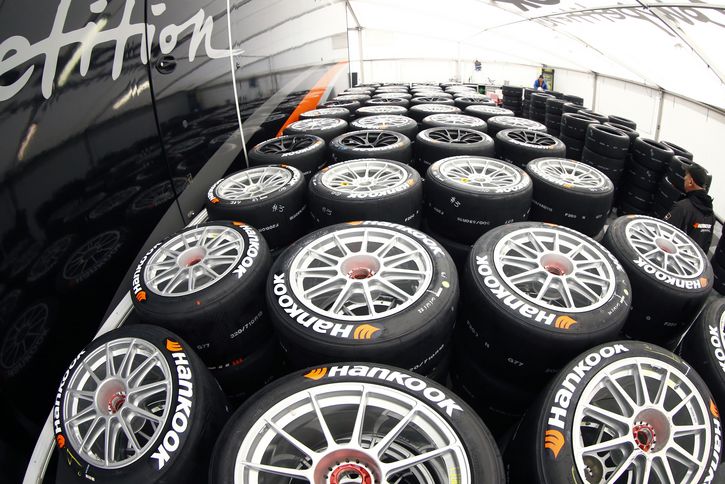 The DTM tyres in the Hankook service tent. 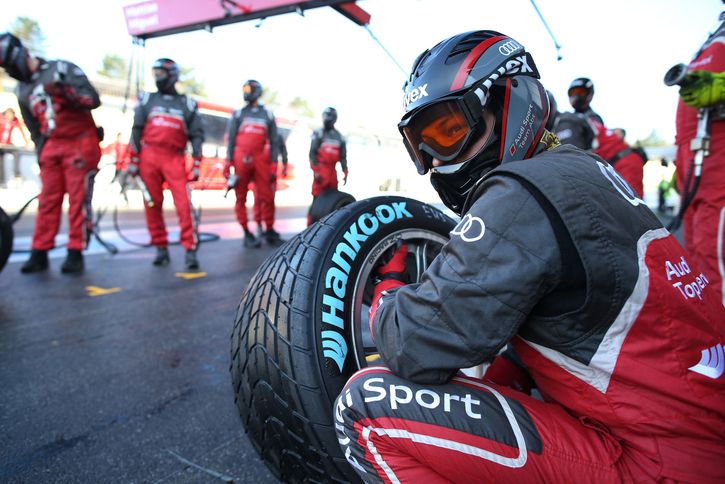 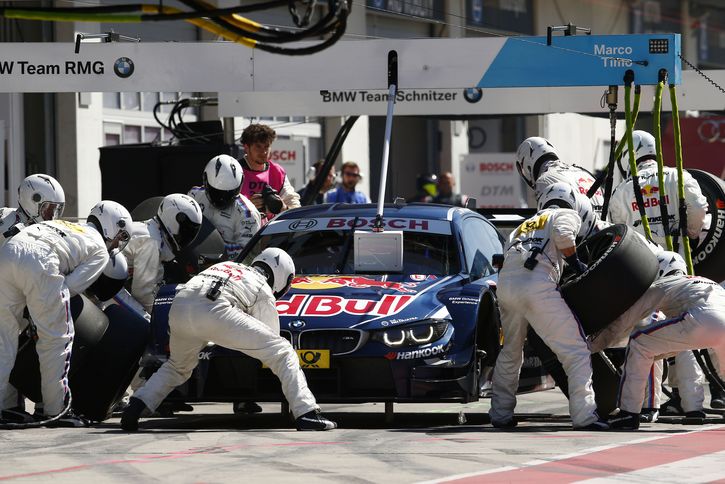 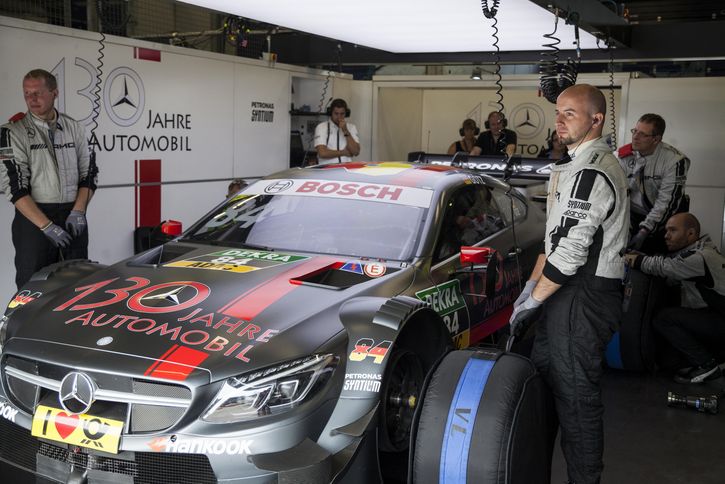 In 2016 electric blankets for Hankook slicks were used before the race – this changes in 2017.