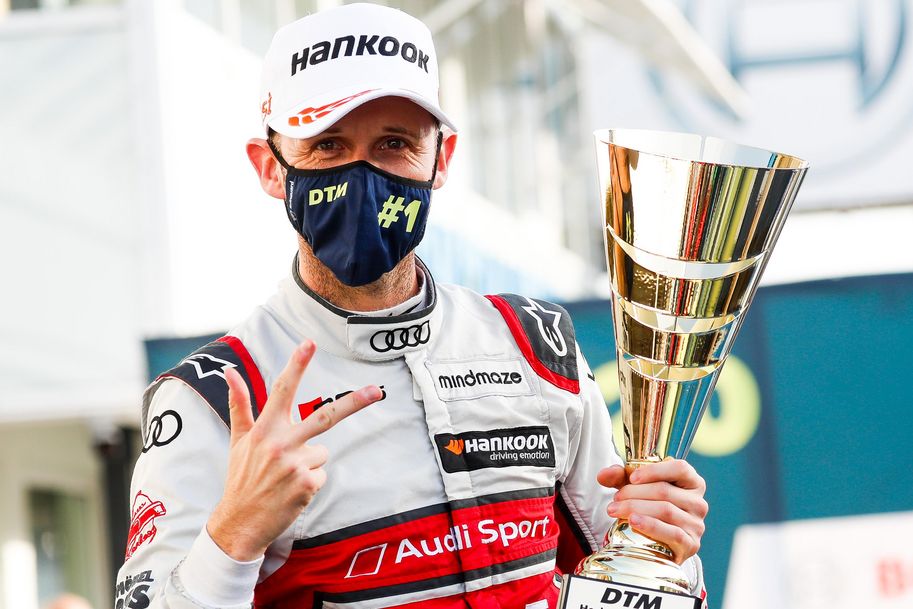 René Rast produced a commanding display to claim his third DTM title at the finale in Hockenheim. The Audi driver finished runner-up in Saturday’s opening race, before winning the final race on Sunday to secure his third Drivers’ Championship on Hankook race tyres in the international touring car series. In doing so, the 34-year-old drew level with Klaus Ludwig, who also won three titles. Only Bernd Schneider, with five DTM titles to his name, has been more successful. In the final round of the DTM Trophy, Jan Kisiel (Mercedes-Benz) successfully defended second place behind fellow Mercedes-Benz driver Tim Heinemann from Fichtenberg (Germany), who had already sewn up the title at the penultimate race weekend. Third place in the Drivers’ Championship went to Britain’s Ben Tuck (BMW). Tyre maker Hankook also supplies the Ventus Race in the Formula Renault Eurocup, which formed part of the support programme to the DTM. Two runner-up finishes in Hockenheim have put championship leader Victor Martins in prime position to be crowned champion when the junior series travels to France for the final round of the season.

Neu-Isenburg, Germany, 9th November 2020 – René Rast (Audi) arrived at the finale in Hockenheim with a 19-point lead and, as pole-sitter, could have wrapped things up on the Saturday. However, his closest rival and fellow-Audi racer Nico Müller crossed the finish line first to claim his sixth win of the season, ahead of the championship leader in second place. This ensured that the title race went right down to the wire. Come Sunday, however, Rast produced a display worthy of a champion. Starting from pole for the seventh time, the Audi man came in for a new set of Hankook race tyres on lap 17, after which he opened a lead of ten seconds over Müller. After 37 laps of racing, the 34-year-old defending champion took the chequered flag for the seventh time this season to claim the 24th win of his DTM career and secure his third title in the international touring car series.

“The pressure was unbelievable. I really wanted to win the third title for my team, who have done a fantastic job. The car was perfect, there were no issues with the Hankook race tyres, and I could have kept driving until the following morning. When I crossed the finish line, it was a very emotional moment. I am delighted,” said the three-time DTM champion after victory in the final race in Hockenheim. Jamie Green (Audi) came home third in both races. In the overall standings, Robin Frijns (Audi) was third behind Rast and Müller. The best-placed BMW driver was Timo Glock in fifth.

Germany’s Tim Heinemann was already confirmed as champion before the final round of the DTM Trophy in Hockenheim, but signed off in style with a second place and victory in Sunday’s final race. Polish driver Jan Kisiel finished second in the championship behind the inaugural champion of the new racing series, which was formed this season and which Hankook supplies exclusively with the Ventus Race tyre. Third place in the Drivers’ Championship went to Britain’s Ben Tuck. The Junior competition was won by Ben Green from Great Britain, ahead of Switzerland’s Lucas Mauron and Spaniard Marc De Fulgencio.

The penultimate round of this season’s Formula Renault Eurocup also shared the bill with the DTM in Hockenheim. Championship leader Victor Martins took a big step towards the title at the iconic circuit near Heidelberg, twice finishing runner-up – behind Caio Collet from Brazil and Italian Lorenzo Colombo. “The cool temperatures meant it took a while to get the Hankook race tyres up to the optimal operating temperature. As such, you had to take care to hit the braking points precisely in the early stages. As the race progressed, everything went well. I am determined to win the title at my home event at Paul Ricard,” said the Frenchman, who travels to his native France with a 44-point lead over Brazil’s Collet.

Manfred Sandbichler, Hankook Motorsport Director Europe: “We witnessed a great DTM finale in Hockenheim, with a worthy winner in René Rast. Nico Müller made it exciting with his victory on Saturday, but René showed he is a true champion with a perfect race on Sunday. With three DTM titles to his name, he is now level with Klaus Ludwig. Now in our tenth season together, the cooperation with the DTM was very good and extremely professional – as it has been in previous years. The Hankook race tyre has allowed various different race strategies and, with its high level of performance and reliability, has ensured that the drivers’ ability is what ultimately made all the difference. In doing so, it has helped to provide fans with thrilling motorsport of the highest standard right down to the final race. The inaugural season of the DTM Trophy has also been a complete success for Hankook as exclusive tyre partner. Although Tim Heinemann was already confirmed as the first champion ahead of the final round of this new racing series, there were still many spectacular manoeuvres and fierce battles in Hockenheim. The Formula Renault Eurocup was also motor racing at its finest. Hankook is proud to be able to support this impressive junior Formula series and its young drivers with the Ventus Race tyre.” 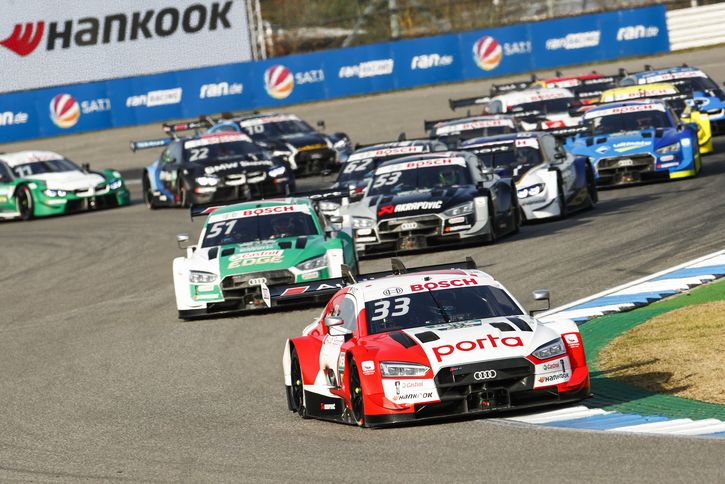 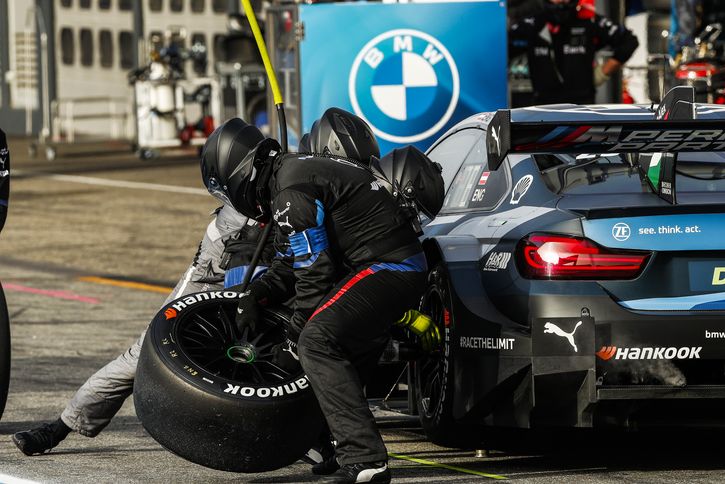 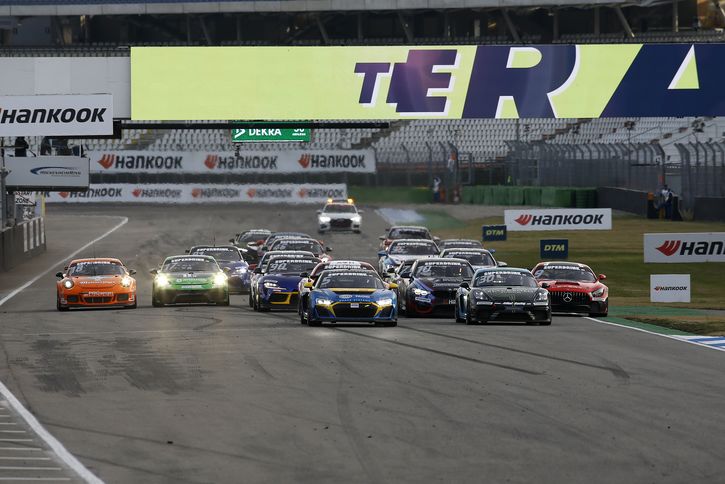 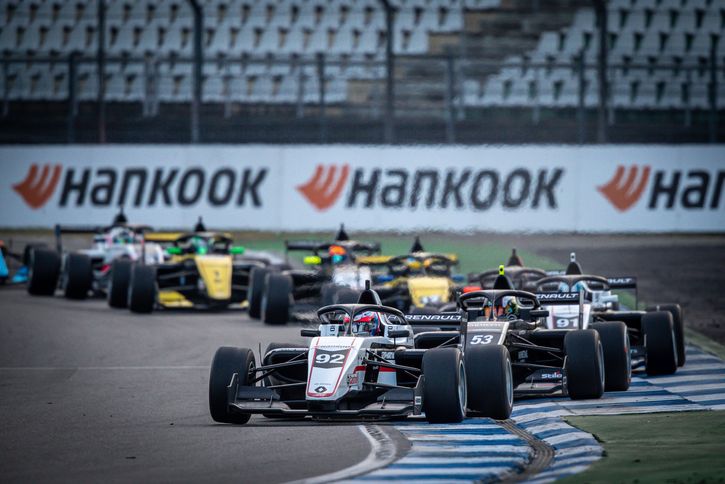