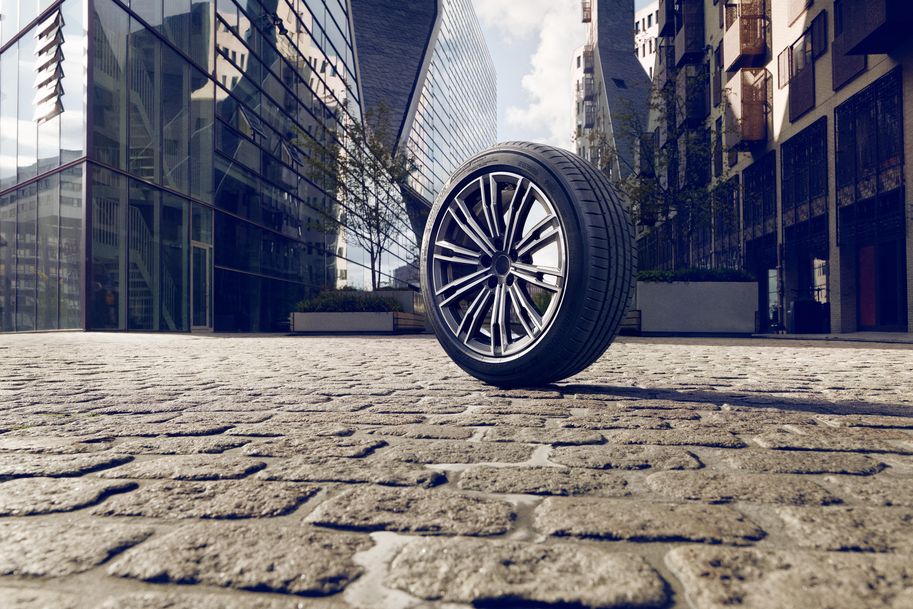 Neu-Isenburg, Germany, 23rd February 2022 – Safe handling, low wear, high comfort, low tyre noise and reduced rolling resistance are key performance criteria when it comes to tyres for the discerning frequent driver. Hankook’s successful 'Ventus Prime' series has consistently met these requirements and has thus become the company's best-selling summer tyre line in Europe. The new Ventus Prime 4 provides a further optimised mix of performance, safety, comfort and environmental properties. From the market launch, the new summer tyre pattern, together with the SUV variant, is available in 67 sizes from 16 to 20 inches, in tread widths from 195 to 255 mm with aspect-ratios from 40 to 65 and speed indices H to Y.

From Ventus Prime 3 to Prime 4 – a success story

The new tread follows the Ventus Prime 3, the best-selling Hankook tyre in Europe to date (over 20 million units since 2015), which set new standards in wet braking, rolling resistance and dry handling at the time. This has also been confirmed by numerous international automobile media over the years in their independent tyre tests. Twice (2016, 2018), the Ventus Prime 3 won what is probably the biggest summer tyre test in Europe, carried out by Germany’s largest car magazine Auto Bild with more than 50 competitors. Hankook's premium comfort tyre also achieved the highest mark in 2018 in the international tyre test conducted by the German automobile club ADAC and its European partners. In the prestigious original equipment business, the tyre has also been able to impress numerous vehicle manufacturers with its performance. Various models from Audi, Ford, Hyundai, MINI, Opel, Seat, Škoda and VW have been and are being equipped with the Ventus Prime 3.

“Our engineers have succeeded in further improving the excellent properties of the Ventus Prime 3,” said Sanghoon Lee, President of Hankook Tire Europe. “We can now offer our customers a new product generation with even more safety and comfort. We are therefore very confident that, with the Ventus Prime 4, our company has developed a successful successor to the best-selling Hankook tyre in Europe.”

The features of the Ventus Prime 4 at a glance

The “high mileage compound technology” of the Hankook Ventus Prime 4 is decisive for the mileage that is a good fifth higher than that of its predecessor. The innovative combination of materials results in greater rigidity of the tread blocks, which in turn results in lower rolling resistance and less wear. More functional polymers ensure a stronger chemical bond with the fillers. Overall, the modified mixture matrix has a higher silica content. In addition to the significantly lower wear, this also results in even more controlled driving behaviour, especially on wet roads. For further improvements in performance, the Hankook engineers not only revised the tyre compound, but also the pattern design and contour for a particularly even and level contact area. On the one hand, this minimises wear, especially on the outer edges of the individual tread blocks – on the other hand, it ensures significantly improved braking performance, especially on wet roads. Thanks to newly developed polymers, a higher proportion of silica, a new mixing process and the use of natural oils, the tyre also shines with reduced abrasion, which is also reflected in an increase in mileage.

Klaus Krause, head of the Hankook Tire Europe Technical Center in Hanover, Germany: “Our goal was to improve the wear properties in particular – without making compromises on other criteria. With the new generation, the Ventus Prime 4, we have succeeded. We have increased the durability of the tyre by around 20 percent versus its predecessor, while achieving even better handling, comfort and rolling resistance properties.”

Better handling even on dry roads

Even more direct response behaviour on dry roads was also part of the Hankook developers' specifications and was the goal of numerous test drives in the newly built Hankook test centre in Idiada/Spain. While the previous rectangular block edges of the tread blocks tended to roll under strong lateral acceleration, the Ventus Prime 4 has more rounded edges that prevent this phenomenon. This ensures the best possible profile support even in sporty corners. The “Zigzag 3D Trend Technology” used for Hankook summer tyre for the first time also improves dry driving behaviour, as it increases the frictional force of the block in accordance with its deformation.

Noise reduction according to the principle of the anechoic chamber

The engineers increased noise comfort by eliminating numerous potential sources of noise. Klaus Krause: “We used the same principle that is used to create anechoic chambers – the anechoic chamber wall. The sound reflection on the inner chamber walls is significantly minimized by cladding with absorber material. With the Ventus Prime 4 we have provided the edges of the tread blocks with a radial, wedge-shaped 3D structure that works exactly according to this principle and absorbs sound reflections between the blocks.” In fact, depending on the speed, it was possible to reduce the tyre noise of the Hankook Ventus Prime 4 by up to 2.5 dB(A) in comparison measurements in the Hankook laboratory (vs. its predecessor). This corresponds to a perceived volume that is reduced by around 20 percent. Another factor in the noise reduction is the higher number of tread blocks. With the Ventus Prime 3, 70 blocks made up the total circumference of a tyre, while a Ventus Prime 4 of the same size is divided into 80 blocks. This “Round Optimisation” is also noticeable in rolling behaviour that is overall more comfortable. 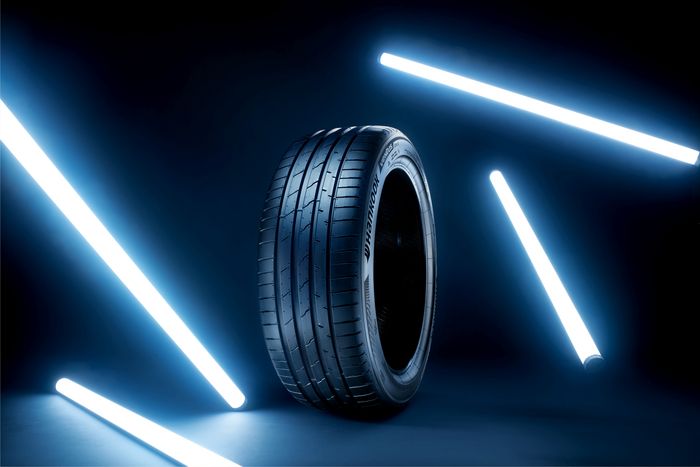 More range per battery charge and a quieter drive Efficient, newly developed product available in sizes 18 to 22 inches from May 2022 Three designs for premium EV’s – summer, winter and year-round use ... 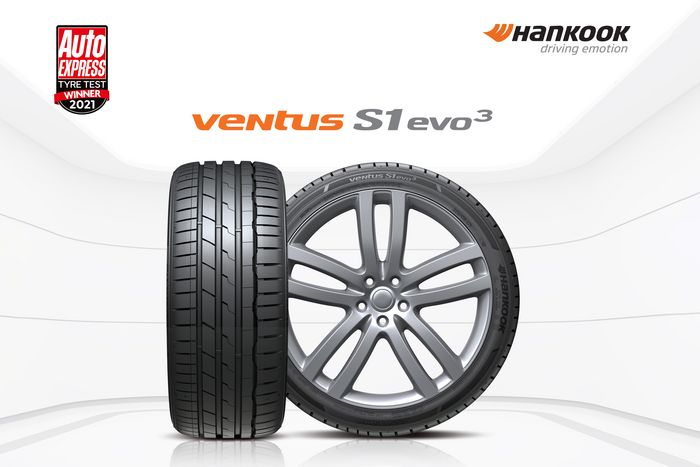 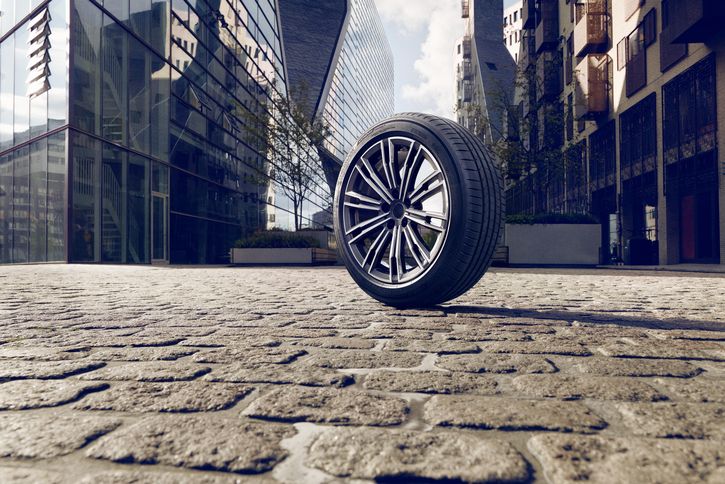 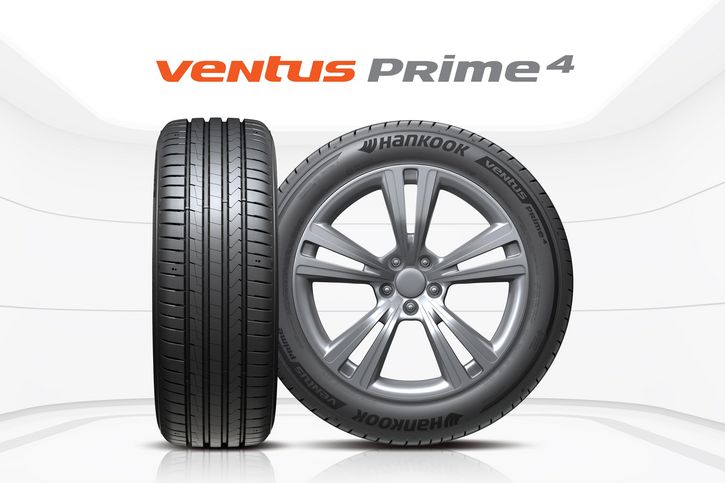