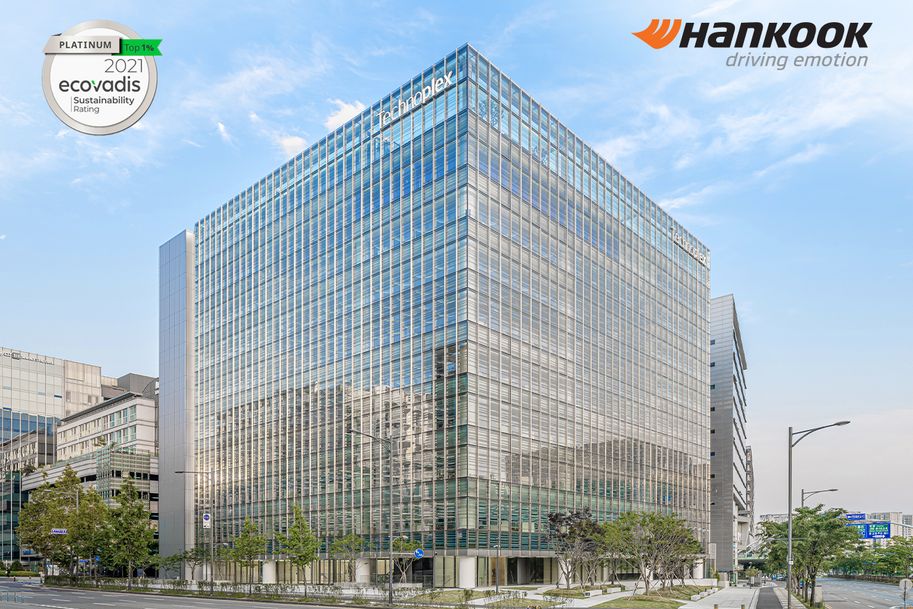 Hankook ranks in top one percent of EcoVadis CSR assessment

Tyre maker Hankook has received the platinum medal which is awarded only to the top one percent of companies in each industry sector. Thereby the company has achieved the highest honour for three consecutive years, demonstrating its sustainability management capability. Hankook even scored eight points higher in this year's rating compared with last year’s results.

Neu-Isenburg, Germany, 6th  October 2021 – Premium tyre maker Hankook has received the highest rating, the platinum medal, in the EcoVadis Corporate Social Responsibility (CSR) 2021 assessment. The platinum medal is only awarded to companies whose performance ranks within the top one percent of their industry sector.

EcoVadis is an internationally renowned institute that offers reliable ratings in the field of Corporate Social Responsibility. The institute assesses around 6,500 companies from 160 countries based on criterias such as environmental impact, labour and human rights, ethics, and sustainable procurement. The ratings range from platinum, gold, silver to bronze, with platinum being the highest rating.

EcoVadis has praised Hankook for the company’s clear and quantitative targets in terms of its CSR commitment, and for actively participating in various corporate sustainability initiatives. In addition, the transparency of Hankook’s elaborate policies in each CSR category was commended by EcoVadis, in particular the company’s approach to human rights management, environmental targets, public safety and health has led to its recognition as  a top one percent company among a total of 457 companies that manufacture rubber products worldwide.

This is not the first time Hankook has been recognised by EcoVadis. In 2019, the tyre maker won a gold medal, which means its sustainability management performance was within the top five percent of all companies participating. The following year, when the platinum medal was added to the ranking system as the highest accreditation to recognize the specific top one percent companies, Hankook was immediately awarded with it. This sets Hankook apart as a company with global top tier sustainable management capabilities and honoured by EcoVadis with the highest sustainability ratings for three years in a row.

This year’s achievement is even more significant because with 81 points Hankook gained eight points more than last year. Thus, the company has not only maintained the highest level improved its performance compared to last year. Looking at the assessment categories in detail, the company scored 70 points for the environment criterion and 90 points for the sustainable procurement criterion, an increase of 10 and 20 points respectively compared to the previous year.

In particular, within the sustainable procurement criterion, Hankook received ‘Outstanding level’, which is the highest rank in the category. Hankook has recently taken multiple initiatives in fostering sustainability across its value chain, one of which is upgrading a sustainable natural rubber policy in compliance with the Global Platform for Sustainable Natural Rubber (GSPNR).

“We are honoured to receive the highest rating by EcoVadis for three consecutive years. It proves our leadership in building a sustainable ecosystem for the tyre industry,” said Sooil Lee, President and CEO of Hankook Tire & Technology. “We will continue our commitment to sustainability management not only to secure future growth but also to make the world a greener place.”

In addition to the recognition by EcoVadis, Hankook has been acknowledged by many authorised organisations for its efforts to strengthen its social contribution and sustainability management. For example, the company has been listed in the Dow Jones Sustainability Indices (DJSI) World for five consecutive years from 2016 to 2020 since its first inclusion in the Dow Jones Sustainability Indices in 2011. Hankook was also awarded an A-score last year by the Carbon Disclosure Project in the 'Climate Change' sector for demonstrating its environmental transparency and action on climate change. 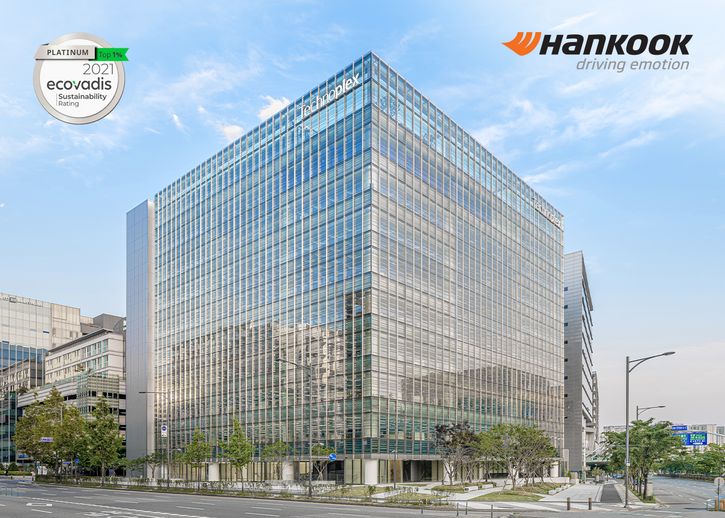