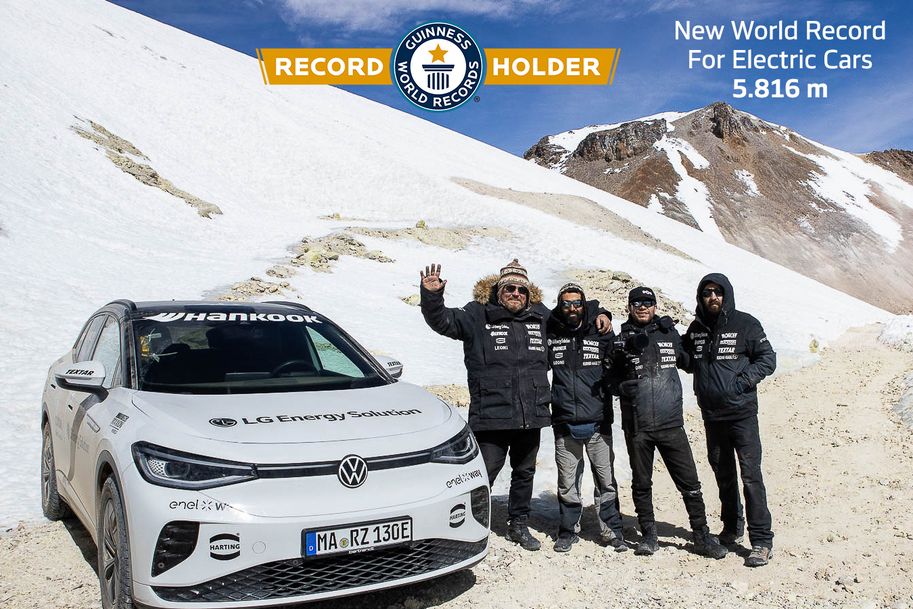 Neu-Isenburg, Germany, 02 June 2022 – Premium tyre manufacturer Hankook sets a Guinness World Records title for the third time in a row with Challenge4 record-breaking driver Rainer Zietlow, and this time they conquer the South American Andes. The all-electric vehicle reached a height of 5.816 metres up the Uturuncu volcano, which has two peaks reaching 6,008 and 5,930 metres. After the VW ID.3 Germany Tour (2020) and the VW ID.4 US Tour (2021), the professional long-distance driver set a new altitude record with the VW ID.4 GTX with Hankook's all-terrain tyres for 4x4 vehicles, the Dynapro AT2. Having conquered the summit, the driver attended the German Embassy in La Paz on 23 May, where he was presented with the Record Holder® Certificate by a Guinness World Records representative.

“We would like to congratulate record-breaking driver Rainer Zietlow and his team on the successful record using Hankook tyres. This shows how our Dynapro AT2 tyres have high levels of resilience and reliability over particularly demanding terrain, proving that it is possible to push to the absolute limits. It is our continuous research and development that make this possible,” said Sanghoon Lee, President of Hankook Tire Europe.

A long way to achieve the goal

Rainer Zietlow and his team of three drove to Bolivia in a Volkswagen ID.4 GTX to set their sights on conquering the highest, still passable mine road in the world at the Uturuncu volcano. After the long months of the pandemic, it has now been reopened for tourists by the Quetena community at the foot of the volcano. After two weeks of preparation, 18 May saw the team set off on the record run, where they surpassed the previous record by around 40 metres - a new altitude world record for electric vehicles. Rainer Zietlow has also been supporting the SOS Children's Village in La Paz with his world record journey.

“Our goal was to show that electromobility is capable of achieving top performances, even at extreme altitudes. The Hankook tyres on the vehicle played a really big part in all of this,” explained Rainer Zietlow.

A 4x4 tyre for all situations

With its new off-road specialist tyre Dynapro AT2, tyre manufacturer Hankook is positioning itself further into the all-terrain sector; the 4x4 tyre offers a specialist solution for all situations that is ready for all year round use. The 3PMSF identification on the sidewall demonstrates that the newest member of the Dynapro family is also suitable for use in winter conditions. The development focus for this tyre was on achieving a special balance between the necessary traction and resistance off-road – which is a big advantage for driving over stony mountain roads in the Andes – and good driving characteristics on the road as well. The AT in the name doesn't stand for "All Terrain" for nothing! With the Dynapro AT2, your journey – provided you have the right vehicle – doesn't simply end where the road ends.

Further information and images can be found on the official campaign website: www.vwid4-highaltitude.com 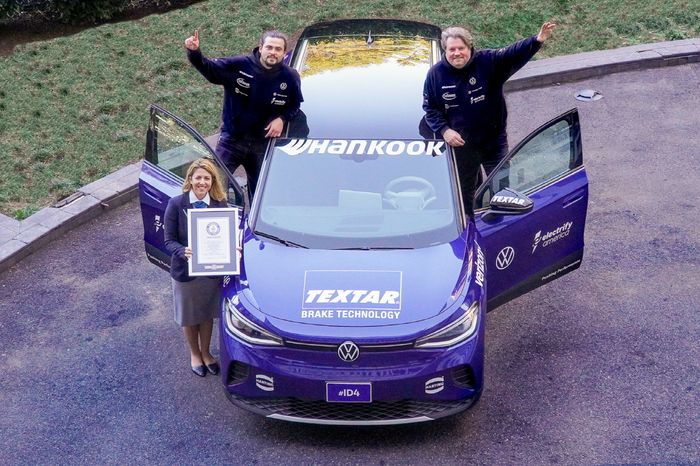 Hankook has completed a 35,000-mile tour across all 48 contiguous U.S. states together with Challenge4 and the new electric car from Volkswagen in all-electric mode on Hankook’s Kinergy AS EV tyres. The tour set the Guinness... 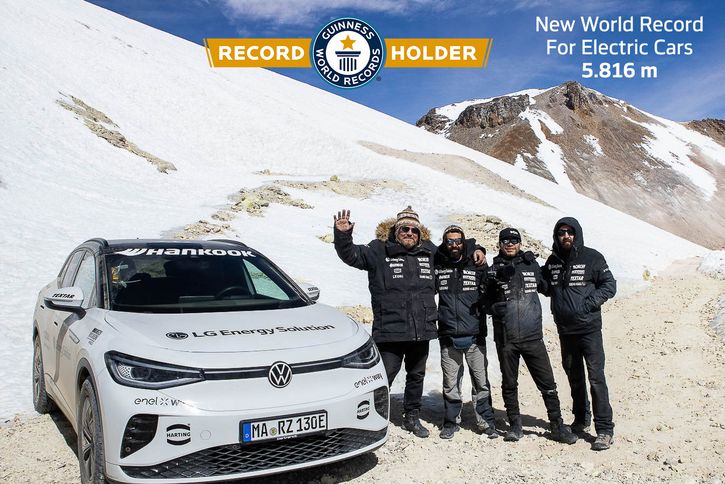 From left: Rainer Zietlow and his crew 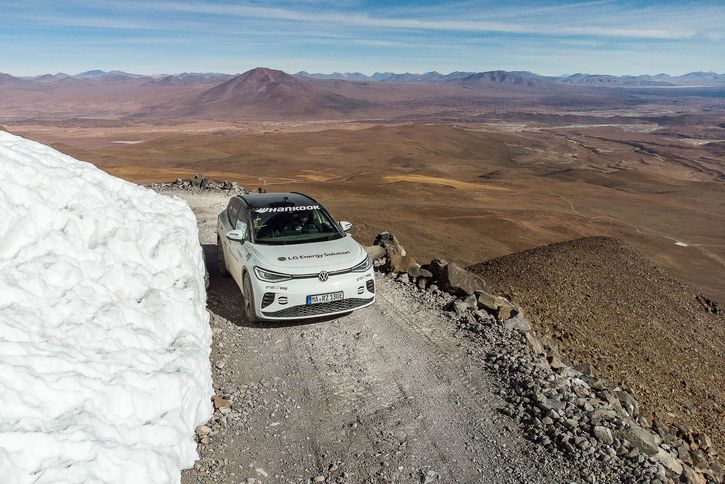 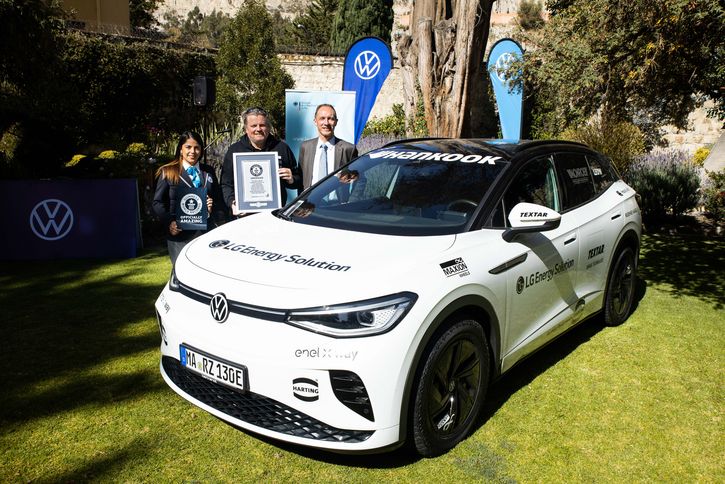