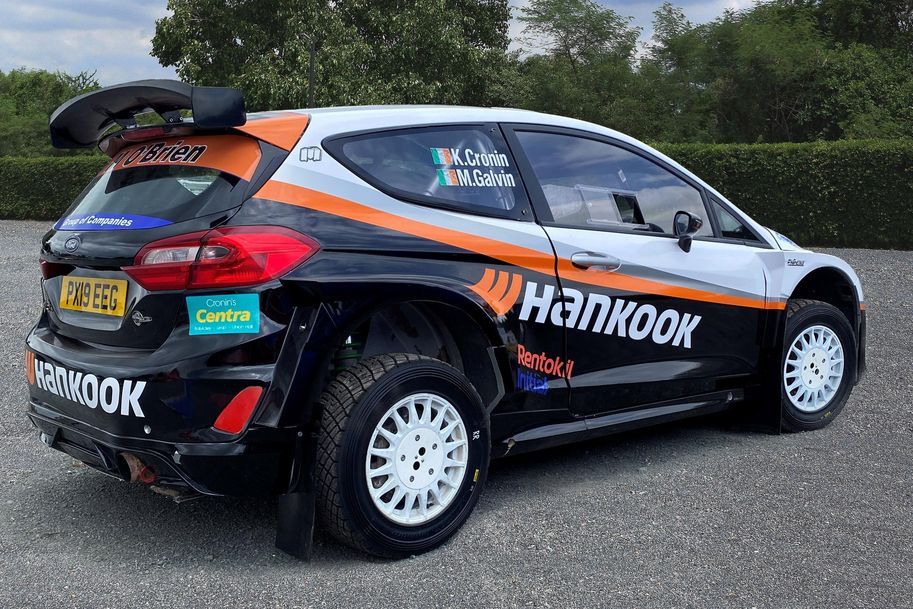 Tyre maker Hankook is supporting four-time British Rally Champion, Keith Cronin, who has returned to the series this year. The West Cork driver signed a contract with the company to contest the four gravel rounds of the 2021 British Rally Championship (BRC), beginning with the Nicky Grist Stages this weekend, plus the season-closing Today’s Ulster Rally on tarmac in November. The recent non-championship M-Sport Rally in Cumbria provided the first opportunity to test the latest Hankook competition tyres in advance of the BRC campaign, bringing a successful result of third overall and second in the Rally 2 class.

Daventry, UK, 9th July 2021 – Four-time British Rally Champion Keith Cronin finished third overall and second in the Rally 2 class in a thrilling return to the 2021 M-Sport Rally in Cumbria. Premium tyre maker Hankook and Cronin are going to campaign a Ford Fiesta Rally2 in the British Rally Championship which will be run by NPL Rally Hire and Preparation. Cronin’s co-driver will again be Mikie Galvin, who guided him to his most recent BRC title in 2017. Additional support for the BRC season comes from M. O'Brien Group of Companies, Rentokil Initial, Cremin Coaches, Cronin's Centra, Cronin's Homevalue and M-Sport. His return will see the popular Irishman aim to scoop a fifth title – a feat only achieved by Jimmy McRae in the 1980’s.

“The car will start in full Hankook livery on our excellent latest generation rally tyres,” says Manfred Sandbichler, Hankook Motorsport Director Europe. “I know what the driver and his co-driver are capable of, it’s a highly competitive team and therefore I am particularly pleased that they will start in the British Rally Championship with Hankook support. The level of driving is very high, and we are competing in a very strong series.”

The Hankook tyres available for the Ford Fiesta Rally2 include the Z215, featuring a reinforced tread pattern for enhanced dry grip, while maintaining wet braking performance. For the very tight and fast sections on stages during a rally, the tyre's traction and braking performance are fully utilised by the asymmetric tread design. A polyamide belt to minimise tread deformation has also been incorporated to bring the rubber compound in line with the tread pattern. Adapted to contend with the weather-related conditions of a rally, Hankook's R213M is more suited to British and Scandinavian gravel roads, as the tread has been developed to grip better on loose and muddy surfaces. The carcass has also been optimised for higher break-in temperature and better handling. Improved fatigue resistance in the tyre compound also prevents damage to the tread blocks. Both treads provide better stage times through an overall improved performance compared to its predecessors.

Hankook can look back on an 80-year history and is now one of the largest tyre makers in the world. The company is currently the exclusive tyre supplier for the TCR Europe, W Series and the F4 British Championship certified by FIA – powered by Ford EcoBoost, to name but a few. Furthermore, the tyre maker is one of the top names in international motorsport, impressing drivers, teams, experts and fans for years with the quality of its high-end Ventus Race tyre and the optimal support provided at racetracks all over the world.

Mindful of the fact that he has been away for the sport for some time, Cronin remains grounded as regards his hopes for the season: "I haven't competed in a rally since 2018, so it may take some time to get back to the ultimate pace, but having the latest Hankook Rally tyres on our Fiesta Rally2 will be a huge help. I'm really looking forward to getting back out in the British Rally Championship and I'm very grateful to Hankook and our other supporters for this opportunity."

The calendar of upcoming events in which Cronin and Galvin will be competing in the Hankook Tire Ford Fiesta Rally2 is as follows: 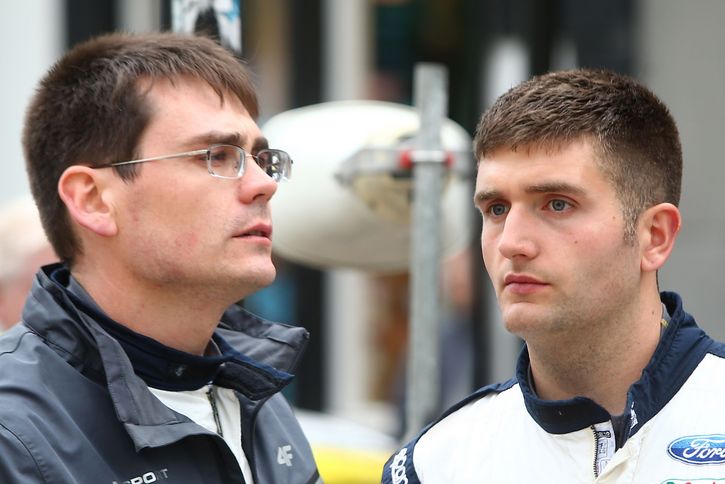 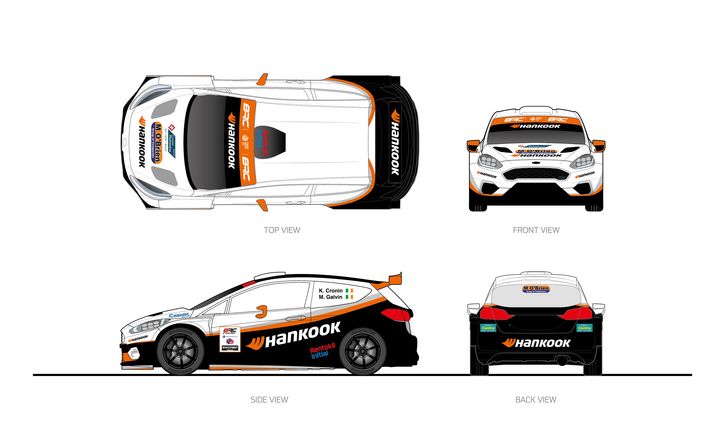 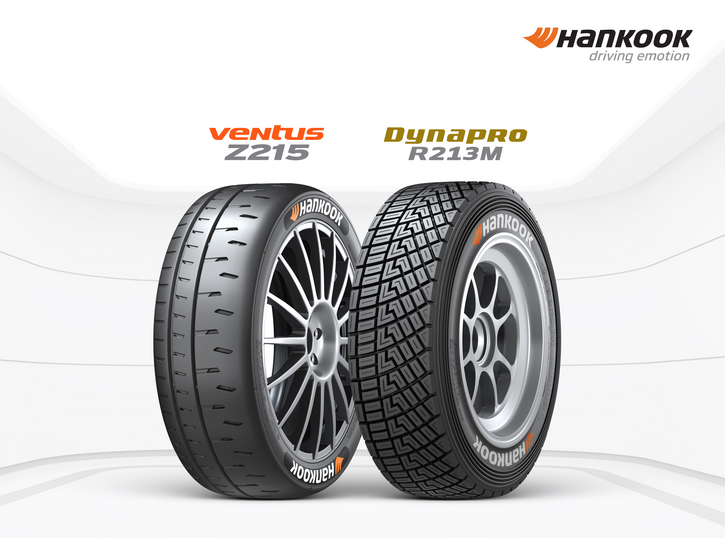