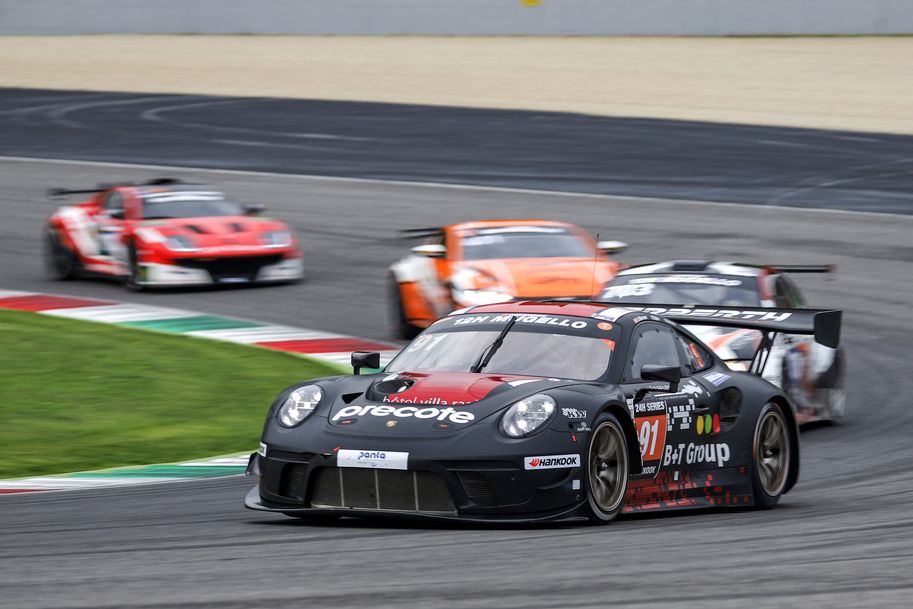 The 2020 24H Series powered by Hankook drew to a close at the weekend with a thrilling finale in Italy. The Herberth Motorsport team won the final race of the season, the Hankook 12H Mugello, with the #91 Porsche 911 GT3 R to claim the team’s third success in the GT Division. The CP Racing team (Mercedes) finished runner-up with the #85 car, ahead of fellow Mercedes outfit MP Racing (#58). Meanwhile, Victor Martins lived up to his billing as favourite at the final round of the Formula Renault Eurocup at Circuit Paul Ricard in France. Fourth place in Saturday’s penultimate race of the season was enough to see the local favourite wrap up the title in this strong junior series, which premium tyre maker Hankook has been supplying with the Ventus Race tyre since 2019.

Neu-Isenburg, Germany, 16th November 2020 – Shortly before the end of the final race of the 24H Series powered by Hankook in Mugello, Herberth Motorsport (Porsche) looked odds on to claim a one-two. However, with less than an hour of the race remaining, the second-placed car (#92) was forced to retire with gearbox damage. That left the way clear for the #91 car, in which Robert Renauer took the chequered flag to win the Hankook 12H Mugello after 334 laps of racing.

“It was a perfect race. It is just a shame that our second car had to retire so close to the finish. The car and all the other components worked very well,” said Robert Renauer after the commanding victory. However, despite this success, the team had to settle for second place in the GT Division of the 24H Series Continents, behind the Avia Sorg Rennsport team (BMW). The 24H Series Europe was won by ProSport Racing (Aston Martin), with Speed Lover (Porsche) in second place.

In the TCE Division, Autorama Motorsport by Wolf-Power Racing (VW Golf) not only took their fourth victory of the season on Hankook race tyres in Mugello, but the Swiss team also won the 24H Series Europe and 24H Series Continents competitions. In doing so, they also defended their overall title in the 24H Series powered by Hankook, which they won last year.

The new champion in the Formula Renault Eurocup is Victor Martins. Leading the championship ahead of the final race weekend at Circuit Paul Ricard, the Frenchman wrapped up the title with fourth place in Saturday’s race. This is Martins’ first title in the junior series, having finished runner-up in 2019. “This success is for the whole team. The hard work paid off. The car was very good all season, the Hankook race tyres worked impeccably, and we did everything right in the key moments and took our opportunities. I would like to thank everyone who has helped me,” said Victor Martins, who ended the season 44 points clear of Brazil’s Caio Collet. The rookie title went to Britain’s Alex Quinn, ahead of David Vidales of Spain.

Manfred Sandbichler, Hankook Motorsport Director Europe: “The 24H Series powered by Hankook showed again in 2020 that it is one of the most prestigious endurance series in the world. As title sponsor, Hankook has supported the 24H Series for years and supplies the various car types and brands in the GT Division and TCE class with the high-end Ventus Race tyre. Together with the organiser Creventic, we are looking forward to a top-class 2021 season, in which Hankook will once again demonstrate the high performance level of its products at prestigious international racetracks. In the Formula Renault Eurocup, congratulations go to Victor Martins. The new champion was not only the fastest man across the whole season, but also drove serenely and was able to rely on the high level of consistency provided by the Hankook race tyre. I am sure that the Frenchman will find his way in motorsport after winning this strong junior Formula series.” 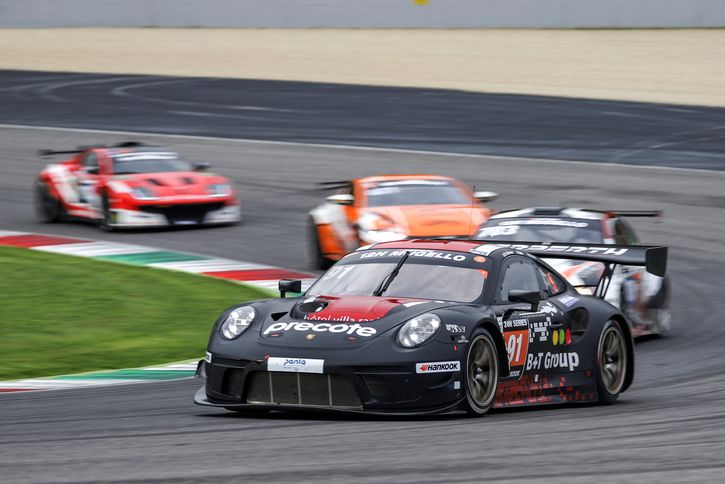 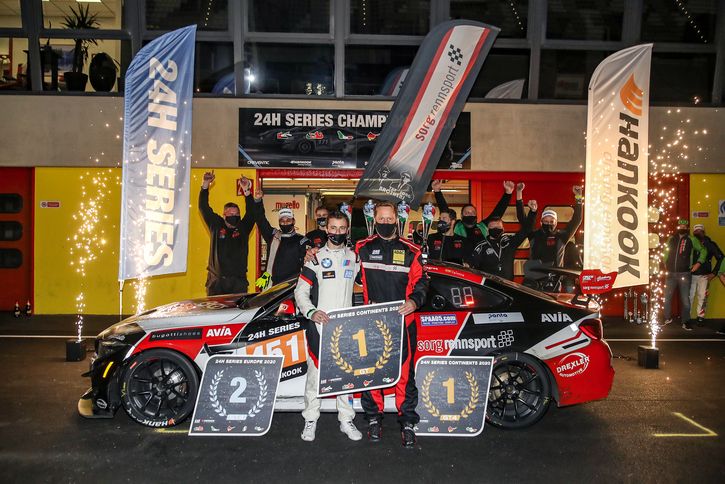 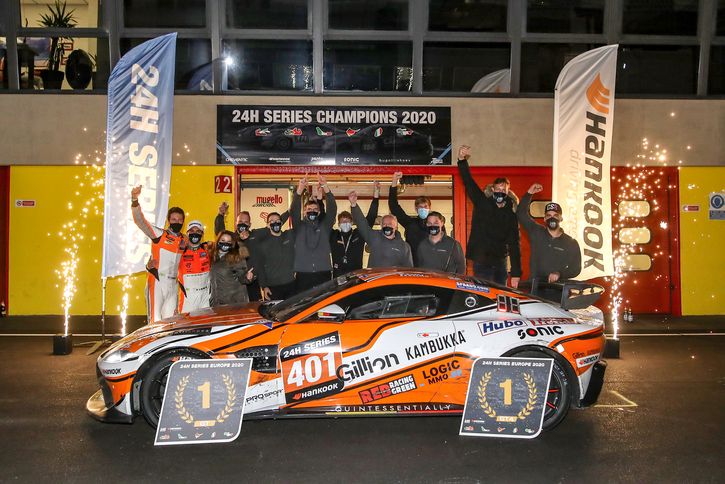 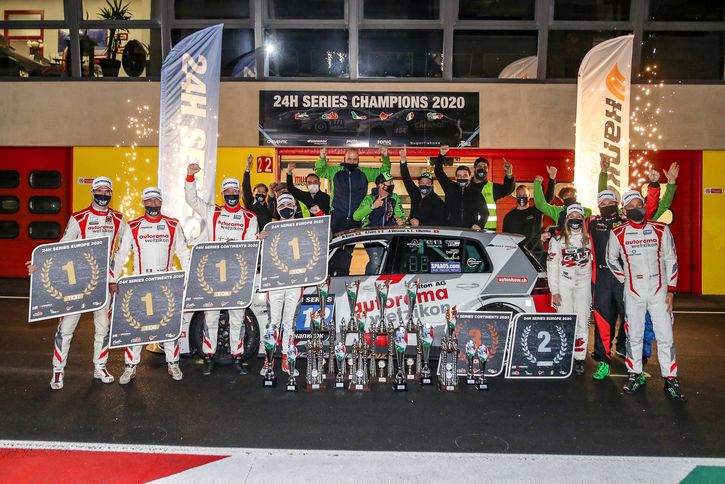 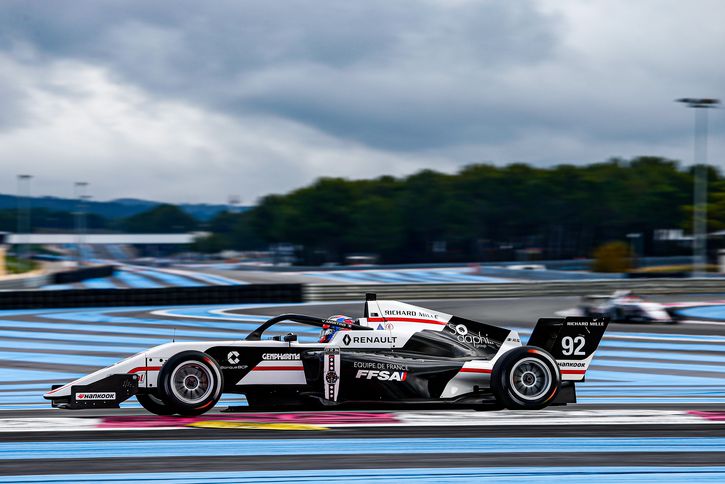 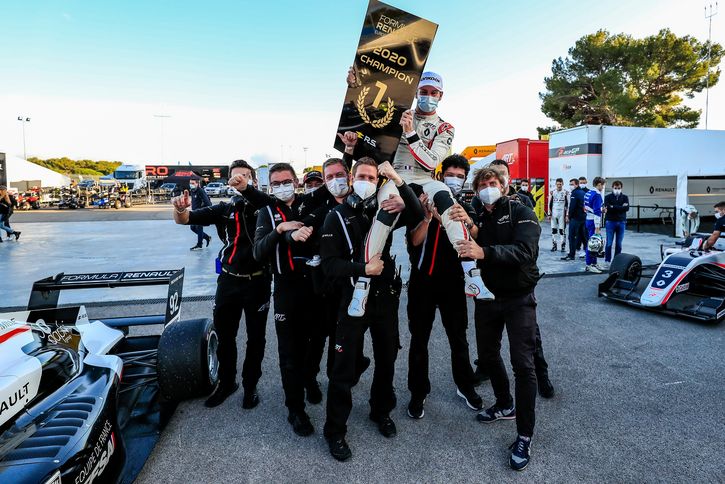