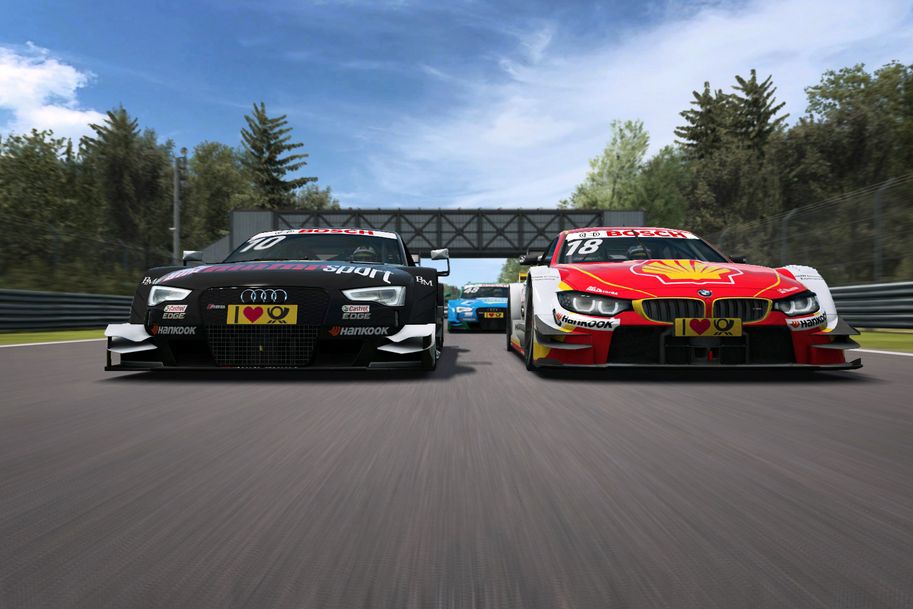 The DTM, together with its long-standing tyre partner Hankook, is switching from asphalt to the screen for a short time in the form of the Esports Classic Challenge.With its start on 3rd May, this new race series on the RaceRoom hosting platform, sees DTM drivers enter a direct virtual contest with passionate sim racers. At 2pm CET on the next four Sundays in May, all drivers will step on the gas in exciting live streams. The virtual races will be broadcast on the DTM and RaceRoom channels. Tyre maker Hankook, now in the tenth year of its exclusive partnership with DTM, will be represented with comprehensive branding presence at the racetracks and on the vehicles.

Neu-Isenburg, Germany, May 4, 2020 – Thrilling motorsport, high speeds and the best racing tyres for the DTM cars. This has been the image of DTM races as we have known. Premium tyre maker Hankook is now entering the virtual world of motorsport and, together with DTM is to become a founding partner of the DTM Esports Classic Challenge. The newly created race series brings together 15 current and former drivers of the DTM and the DTM Trophy as well as well-known influencers from the virtual racing scene with a further five participants each from the RaceRoom community. These challengers will be selected from the top 100 fastest racers, who proved themselves in a qualification round for the first race which started on 27th April. As is customary in international motorsport, the races will be professionally commentated in English.

“For us as a long-standing partner of the DTM, it was only logical for us to drive our joint and successful cooperation forward in these challenging times in the DTM Esports Classic Challenge. As the DTM's tyre partner, we also bring the required expertise from the real world to this virtual format as motorsport and the joy of fair competition are not bound to a specific platform. We are therefore delighted to be represented in the Esports Classic Challenge with Hankook as the motorsport brand,” comments Manfred Sandbichler, Hankook Motorsport Director Europe.

The Sunday races take place using cars from different DTM eras, from the 1992 season's classic cars to the more contemporary models of the 2016 season. The one-hour races are divided into two qualifying sessions and races each, which, just like in real professional sport, are enriched by expert interviews and post-race analysis. In the simulation on RaceRoom, every bend, every inch of asphalt and the different lighting conditions have been recreated with great attention to detail by the best track designers in the industry. And of course, legendary tracks such as the Nürburgring, Monza, Zolder, Spa Francorchamps or Brands Hatch also feature.

“Since real worldwide racetracks are closed due to the coronavirus, we have seen a tremendous growth in online racing. Now that the world's top drivers all want to compete and as high-end PCs and affordable simulators narrow the gap between the real and virtual worlds, Esports is already an important part of the motorsport scene,” says Marcel Mohaupt, managing director of ITR. 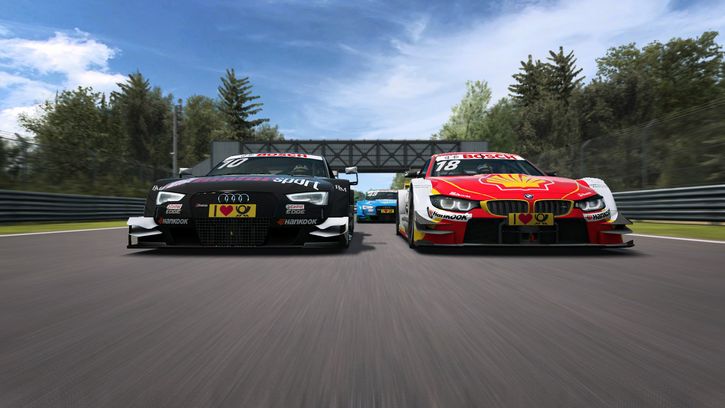 The DTM, together with its long-standing tyre partner Hankook, is switching from asphalt to the screen for a short time in the form of the Esports Classic Challenge.