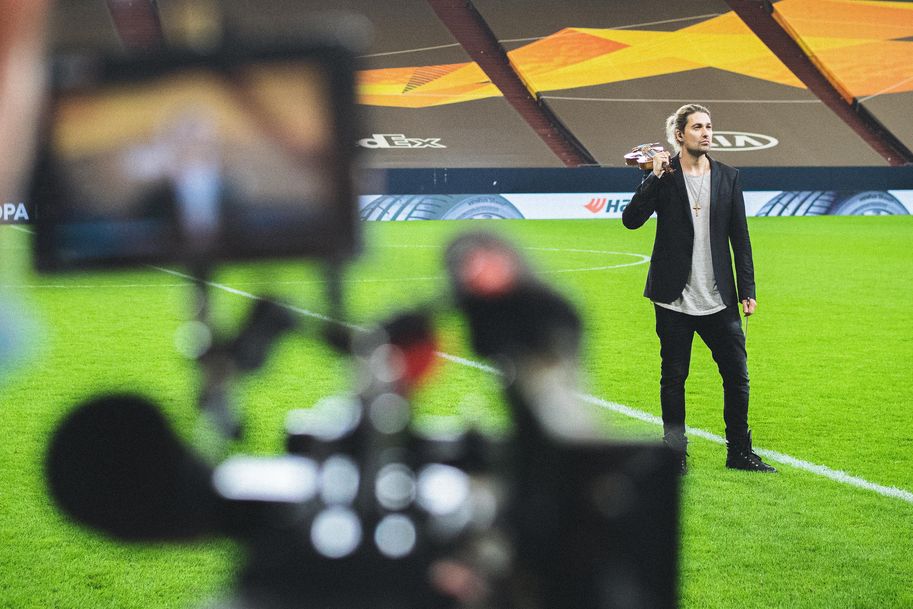 Tyre maker Hankook continues to activate its long standing partnership with the world’s biggest professional club football competition, the UEFA Europa League. The company's campaigns include a wide range of pan-European activation projects and initiatives throughout the season. This year's highlight is the successful partnership with David Garrett. Under the working title “Symphony of Silence” the internationally renowned musician has created a remixed version of the Official UEFA Europa League anthem, which is played in the opening ceremony of every match.

Neu-Isenburg, Germany, 20 August 2020 – Premium tyre maker Hankook together with top violinist David Garrett have collaborated to recreate the Official UEFA Europa League anthem. The spectacular music video with the working title “Symphony of Silence” sets to convey and represent the feelings caused by empty football arenas to fans throughout the sportsworld in these difficult times. Recorded authentically in an empty stadium together with Luke Bannister, 5-time world champion in first person view drone racing, it will be aired today, Thursday, August 20, one day ahead of the UEFA Europa League Final 2020 at 21:00h CET through the following Hankook-channels:

Empty stands and silent stadiums have shaped the football world in recent months due to the ongoing COVID19 crisis. Despite the physical distance, people are more united than ever. David Garrett and famous composer Franck van der Heijden have created an emotional violin remix of the Official Anthem that has never been heard before. Hankook will put an end to stadium silence by inviting fans to feel united by a breathtaking musical composition during the reformatted conclusion of the UEFA Europa League 2019/20.

“As a long standing partner of the UEFA Europa League, Hankook is delighted to create and share this emotional moment with all the fans as we lead up to the Final, showing that we understand what it is like to not be able to physically be there to support your team,” comments Sanghoon Lee, President of Hankook Tire Europe.“ I would like to express my thanks to both David Garrett for creating this masterpiece of emotional music and our friends from the UEFA for their great help and support during its realisation.”

“The UEFA Europa League Final is one of the biggest sporting occasions in the world, annually played in front of millions of fans in the stadium and on TV each season, which sadly this year will be played in front of an empty stadium. Please allow David Garrett and our valued partner Hankook to transport you to where you can feel the emotions of a thrilling European football adventure”, added Guy-Laurent Epstein, UEFA’s Marketing Director.

“I am very pleased to have contributed to this Hankook project with my interpretation of the wonderful UEFA Europa League anthem,” says David Garrett. “As a musician, creating emotions is the essence of my work. I am pleased about the confidence placed in me by Hankook and UEFA and I do hope that our music and the video will be able to express the emotions we have shared on site and give inspiration to football fans around the world during these times.”

As an Official Partner of the UEFA Europa League, Hankook is also able to offer fans many ‘money can’t buy’ opportunities throughout the season. The exclusive Hankook Back Stadium Tour and VIP ticket raffles ran right up until the break due to COVID19. The Final 8 Challenge, which is running until a few days after the Final, also offers numerous prizes, such as signed shirts and Official Match Balls from the reformatted conclusion of the season. More information can be found at hankook.win. 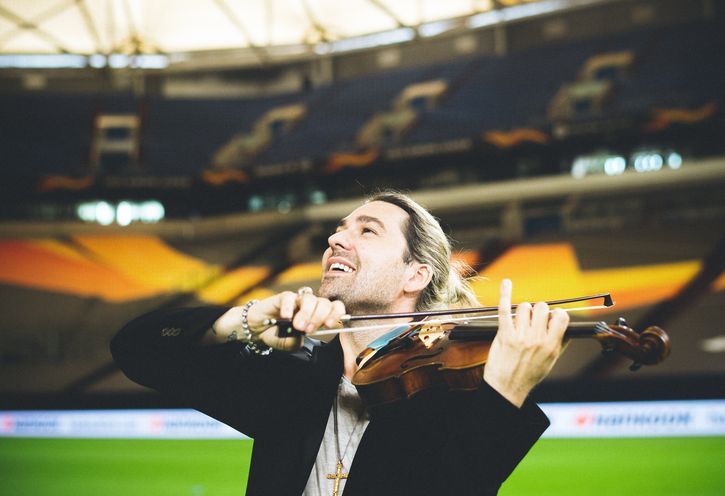 Hankook together with Luke Bannister, 5-time world champion in first person view drone racing, recorded a spectacular music video that sets to convey and represent the feelings caused by empty stadiums to fans throughout the sportsworld in these difficult times. 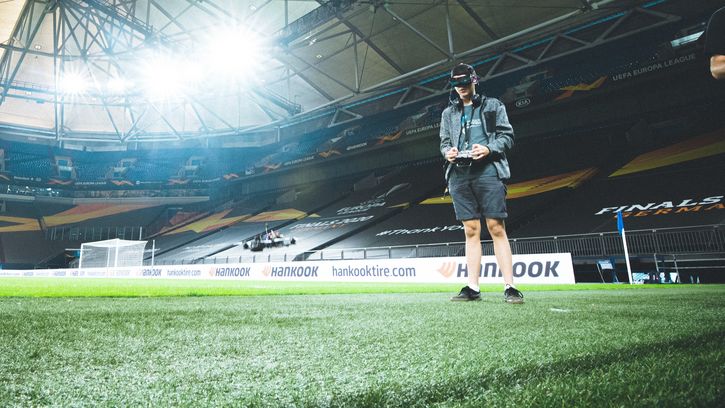 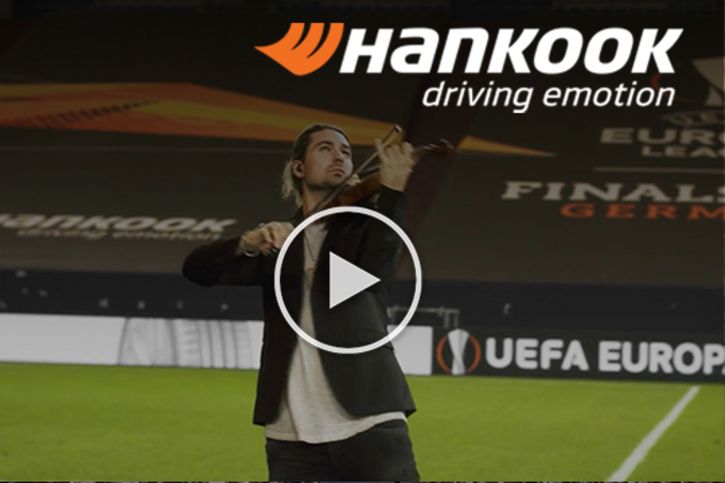