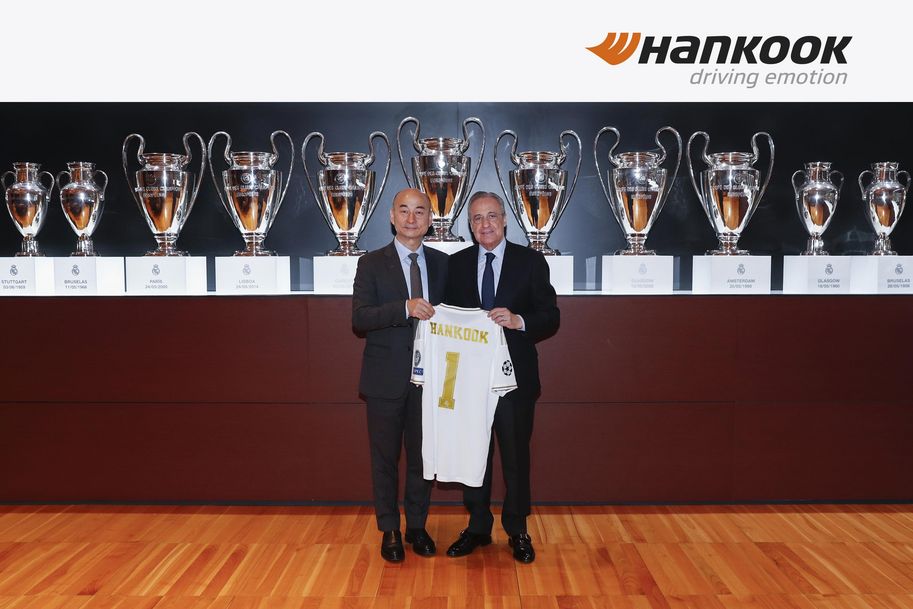 Hankook and Real Madrid C.F. extend their partnership until 2023

Hankook Tire is extending its sponsorship contract with Europe's most successful football club by another three years until the end of the 2022/23 season. The tyre maker will be able to further increase its presence in the Santiago Bernabéu Stadium thanks to extensive marketing rights, subsequently reaching millions of fans worldwide. Hankook has been a global partner of Real Madrid C.F. since 2016.

Madrid, Spain, January 21, 2020 – Premium tyre maker Hankook extended its global partnership with Spain's top club Real Madrid C.F. at the beginning of the new decade in the presence of the new European Hankook Tire President Sanghoon Lee and Florentino Pérez, President of Real Madrid C.F. The event took place in the traditional Santiago Bernabéu stadium, where the foundation for the successful Hankook sponsorship was laid in 2016. From now on, the tyre maker will also receive exclusive rights to the prominent, central LED board for the entire season, scaling new heights in local and international coverage. In addition, Hankook Tire will have further advertising presence in the stadium environment as well as numerous online and offline activation rights, which the company will use to continuously strengthen its global brand presence.

"We are proud to extend our strategic partnership with one of the best football clubs in the world for another four seasons," said Sanghoon Lee, President of Hankook Tire Europe. "Over the past three and a half years, Hankook and Real Madrid C.F. have successfully grown together. Shared values and the relentless pursuit of excellence have inspired fans of both brands worldwide."

Hankook's sponsorship commitment is not limited to Real Madrid C.F.'s matches in the Primera División (the Spanish premier league), but also includes the Spanish cup competition "Copa del Rey" as well as further activation rights for international home and away matches of the 13-time UEFA Champions League winner.

Hankook is firmly established in the automotive industry with its premium products and is an original equipment partner of numerous internationally renowned automobile and commercial vehicle manufacturers.

With its marketing strategy, the tyre maker relies on a multi-level concept consisting of local, continental and global sponsoring commitments. This way, individual market situations can be optimally integrated, and customer loyalty and the visibility of the brand can be supported through specific targeting. In addition to its global involvement with Real Madrid C.F., Hankook has been active as a sponsor of the UEFA Europa League since 2012. On a local level, for example, the top clubs Borussia Dortmund, AS Monaco and SSC Naples are sponsored.

Image (from left to right): 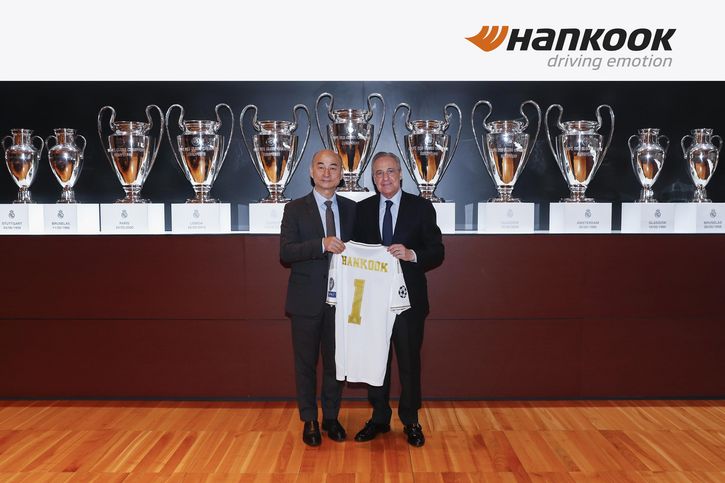 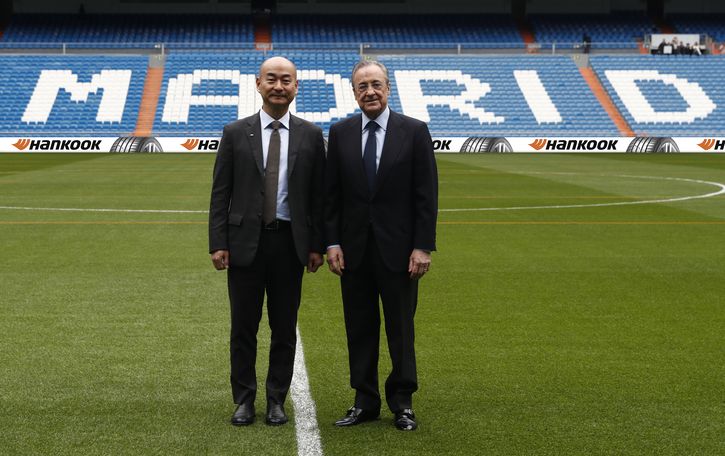 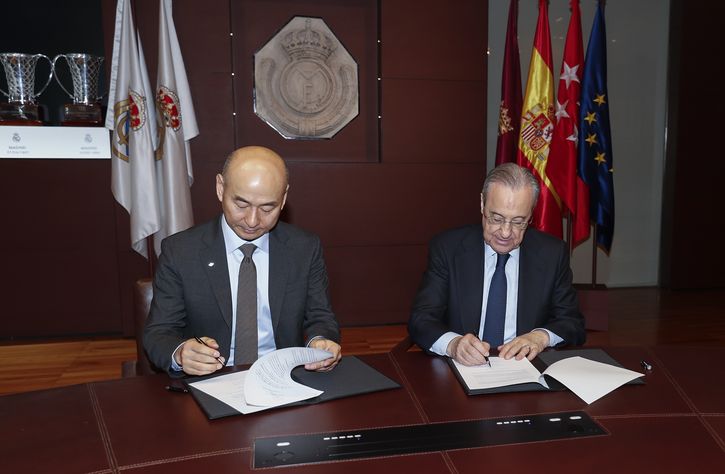