A round number: Hankook and the 24H Series kick off their tenth season together in Dubai 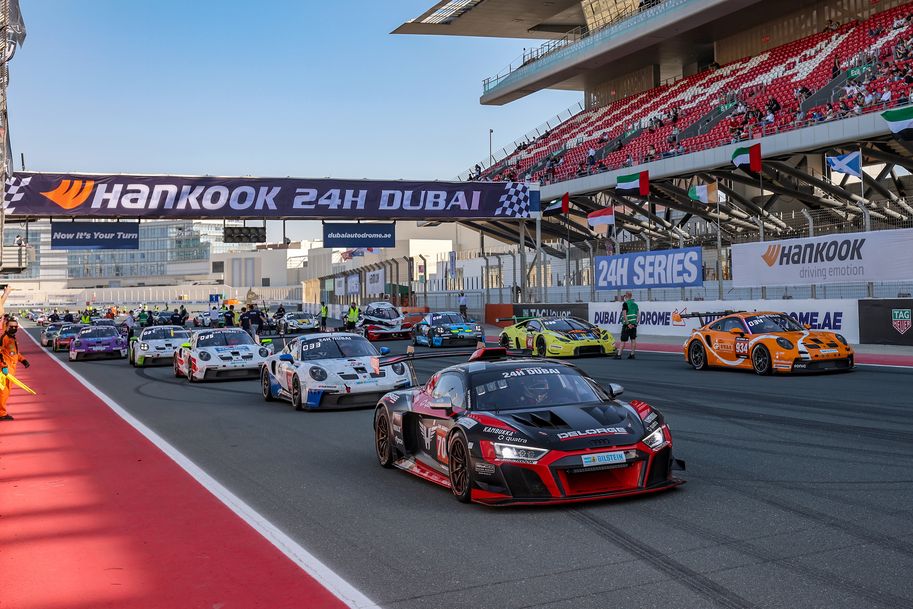 Neu-Isenburg, Germany, 10 January 2023 – Hankook has cause to celebrate this weekend (13th to 15th January) at the 24H Dubai. The endurance classic in the United Arab Emirates traditionally forms the opening round of the 24H Series powered by Hankook, which the premium tyre maker is supporting for the tenth time as title sponsor and exclusive tyre partner. The calendar in Hankook’s tenth season features eight events in six countries. As they have done in the past, the drivers and teams can rely on the high quality of Hankook’s Ventus Race tyre, as well as the know-how and support of the engineers and mechanics on site.

A look in the rear-view mirror

The successful partnership between Hankook and organiser Creventic began in April 2014. The cooperation came about at short notice, and the first race together took place at the end of May in Zandvoort. “We already had experience of endurance racing. However, a race of this magnitude was a real baptism of fire. Our team did an outstanding job and mastered the challenge. That was the start of the long and constructive cooperation with organiser Creventic,” recalls Hankook Motorsport Director Europe, Manfred Sandbichler.

The premiere as title sponsor and exclusive tyre partner at the Hankook 24H Dubai followed one year later. The debut required a great logistical effort. As early as the start of December, 17 containers with roughly 5500 slicks and 2000 wet tyres were transported by ship to the Persian Gulf. More than 50 mechanics and engineers were in action for the premium tyre maker at Dubai Autodrome. Manfred Sandbichler: “The fitters worked in three shifts on five assembly lines, as the workload was huge in the high temperatures. Despite this, we soon switched off the air conditioning system installed, as it transformed the assembly tent into a refrigerator.”

At home in the desert

Nowadays, the 5.39-kilometre racetrack in the United Arab Emirates, with its 16 corners, is like a second home for the tyre maker. At the ninth staging of the Hankook 24H Dubai, from 13th to 15th January, more than 50 cars with roughly 200 drivers will line up at the start. Renowned manufacturers including Audi, BMW, Ferrari, McLaren, Mercedes-AMG, Porsche and VW will battle it out for victories, positions and championship points in the GT and TCE classes. The most glamorous driver is motorcycle legend Valentino Rossi. The nine-time world champion is set to make his debut in the 24H Series powered by Hankook in Dubai, where he will be at the wheel of a BMW M4 GT3 for Team WRT.

“The 24-hour race in Dubai has developed into a classic and one of the top events in international motorsport. The teams can test their material under tough competitive conditions at the start of the year and gain valuable information for the rest of the season. For this reason, the starting fields are always particularly big in Dubai, which makes for a lot of traffic and fierce battles on the track. We have always enjoyed top-class motorsport here with Creventic in the past, and have only been thwarted once by torrential rain, which caused the race to be suspended. We are looking forward to a spectacular season-opener in Dubai and an exciting 24H Series in 2023. As we have been in recent years, Hankook will be a reliable partner for the drivers, teams and organiser Creventic, with its Ventus Race tyre and expert service on site,” promises Hankook Motorsport Director Europe, Manfred Sandbichler.

The desert marathon in Dubai is also the second of three events that form the newly launched Middle East Trophy powered by Hankook 2022/2023, which is held within the 24H Series. This began in December 2022 with the Hankook 12H Kuwait and ends on 21st/22nd January 2023 with the Hankook 6H Abu Dhabi. The winners of the GT and TCE classes will be honoured here at Yas Marina Circuit. This is followed by the five races that make up the European Series, in Italy, Belgium, Portugal and Spain. 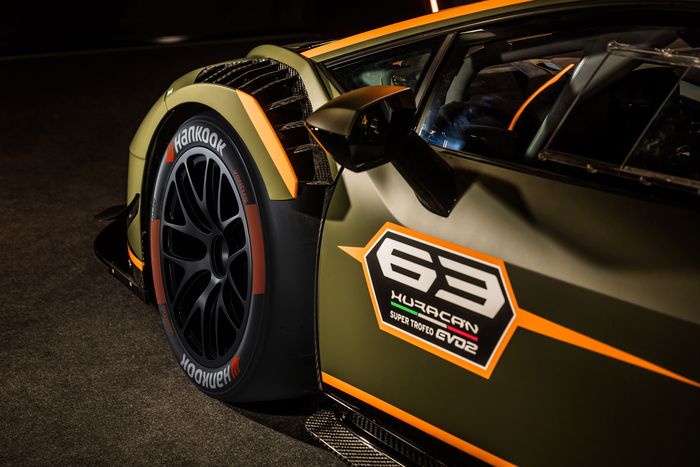 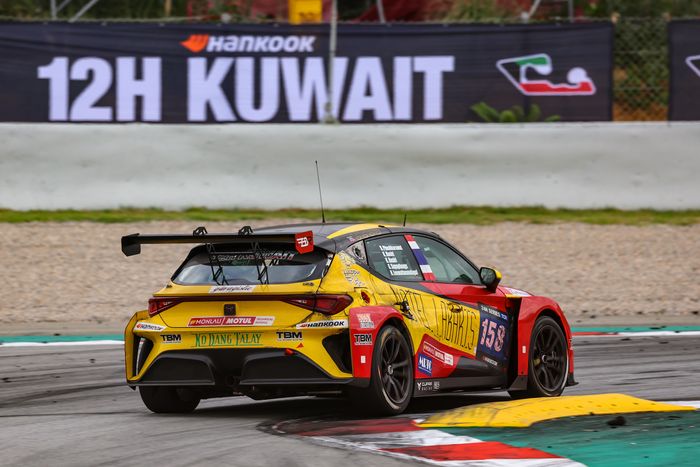 A first at the final round: 24H Series powered by Hankook celebrates season finale with debut in Kuwait

Kuwait Motor Town hosts the renowned endurance series for the first time Title sponsor and tyre partner Hankook also set for its debut in the Arab Emirate Hankook and organiser Creventic celebrate the end of a successful... 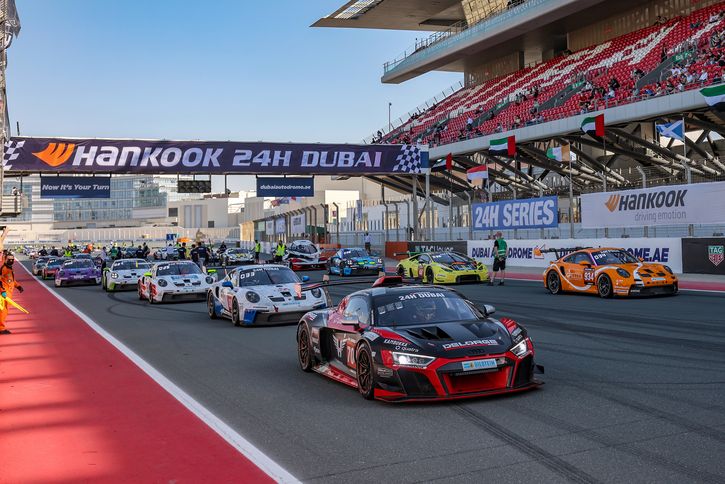 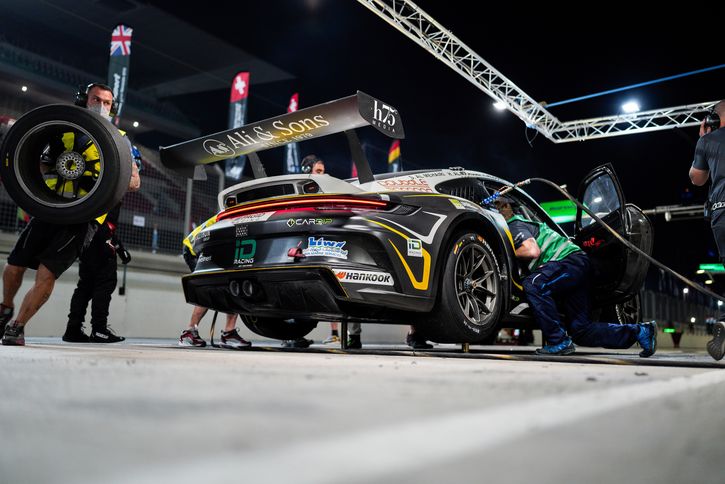 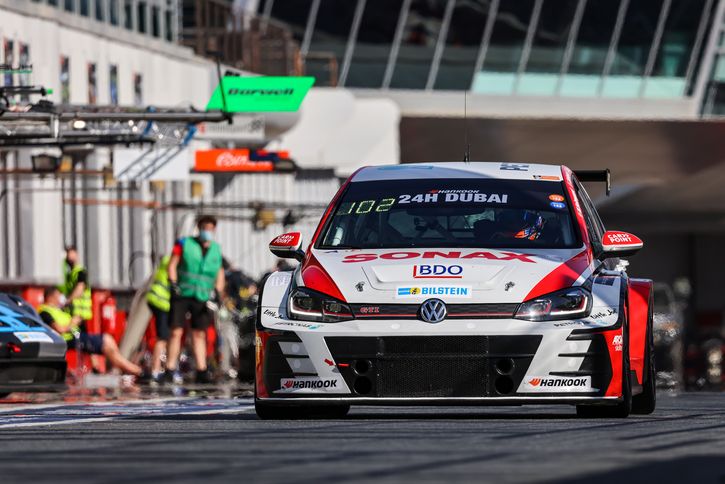 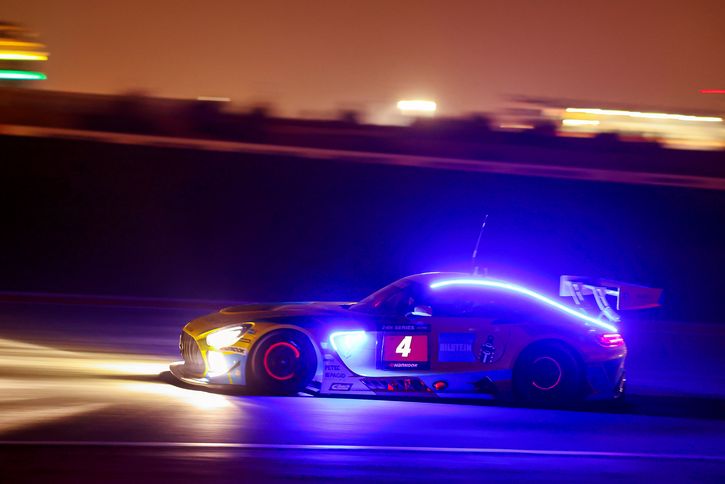