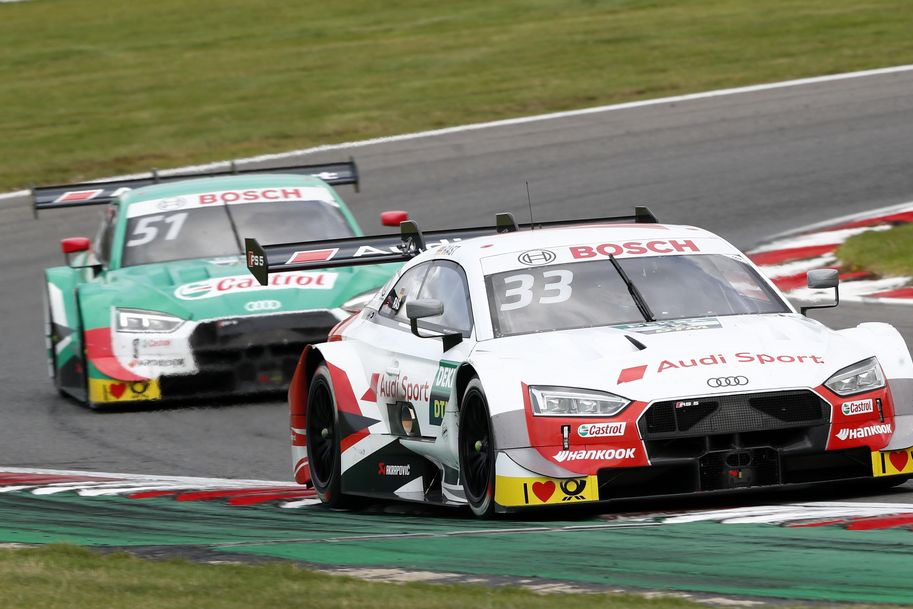 This was definitely René Rast’s day. The Audi driver won the Sunday DTM race at Brands Hatch and, in doing so, extended his lead in the Drivers’ Championship. Second place went to fellow Audi man Nico Müller, who also lies second in the overall standings. With conditions dry, many drivers opted for a long second stint, which saw them complete more than two thirds of the race distance on one set of Hankook race tyres. The premium tyre maker’s Ventus Race coped well with the high stresses and produced a typically strong performance.

Brands Hatch/Great Britain, 11th August 2019 – René Rast (Audi) started Sunday’s 12th race of the 2019 DTM season from pole position at Brands Hatch. Shortly after the start, he was passed by fellow Audi driver Loic Duval. However, he soon regained the lead. Rast pitted for a new set of Hankook race tyres on lap eleven. He then controlled the race during the long second stint and, after 42 laps of racing, crossed the finish line first to claim his fourth win of the season. The 14th victory of Rast’s DTM career sees the German extend his lead in the Drivers’ Championship. His closest rival is fellow Audi racer Nico Müller, who followed him over the finish line in second place on Sunday.

Robin Frijns and Loic Duval finished third and fourth to complete a top-four lock-out for Audi at Brands Hatch. The best-placed BMW driver was Philipp Eng, who was embroiled in a thrilling battle with Duval, but was unable to pass the Frenchman and eventually came home fifth. DTM newcomer Aston Martin finished with two cars in the points, with Daniel Juncadella and Jake Dennis in eighth and ninth place respectively. Saturday’s winner, Marco Wittmann (BMW), had to settle for tenth place on Sunday, meaning the two-time DTM champion still lies third in the overall standings.

Manfred Sandbichler, Hankook Motorsport Director Europe: “After Marco Wittmann’s victory on Saturday, René Rast hit back on Sunday and goes into the final third of the 2019 DTM season as the favourite to win the championship. BMW driver Philipp Eng produced some of the highlights of the DTM weekend at Brands Hatch, with spectacular overtaking manoeuvres in both races. The Hankook race tyre once again impressed on a track that was damp in places on Saturday and then dry on Sunday.”

BMW Team RMG completed the fastest pit stop of the race weekend at Brands Hatch, in a time of 33.106 seconds. The reward for their efforts is 25 points towards the overall standings in the Best Pit Stop Award, Hankook’s unofficial pit crew championship.

René Rast (Audi): “ We had to shuffle our tyre sets a little today, because one set of tyres was damaged after qualifying by gravel in the pit lane, meaning we could not use it. The Hankook race tyres held up well for the whole race, which allowed me to defend my lead and get the win.”

Nico Müller (Audi): “My car had a better balance today than yesterday. That made tyre management easier. I started the race well on the first set of used Hankook tyres, and had good pace right through to the finish in my second stint. I am very happy with my results at Brands Hatch.”

Robin Frijns (Audi): “You have to manage the tyres well on this demanding circuit at Brands Hatch. That is the key to success. I did 27 laps on one set of tyres on Saturday, and 29 today. Even then, I still had plenty in reserve at the end of the race and was able to push hard on the Hankook race tyres.”

Philipp Eng (BMW): “The Hankook race tyre was very good in the first stint, which allowed me to stay out much longer than originally planned. I was also very quick on the second set of tyres. However, I could not get past Loic. I am very happy with the performance of the car and the tyres.”

Jake Dennis (Aston Martin): “We managed the Hankook race tyres very well today and were getting faster and faster on them towards the end of the race. Finishing with two cars in the points at our home race is great for us as a DTM newcomer. I will sleep very well tonight.” 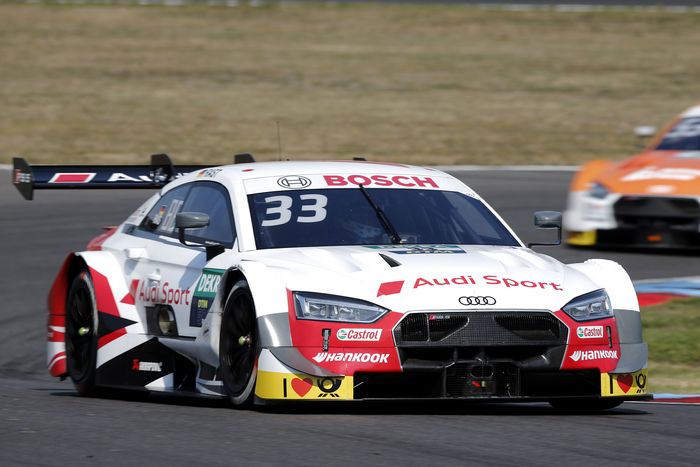 René Rast claimed a historic win at the Lausitzring on Sunday. After a dominant performance, the Audi driver claimed his fifth win of the season in the 500th DTM and extended his lead in the Drivers’ Championship. Behind... 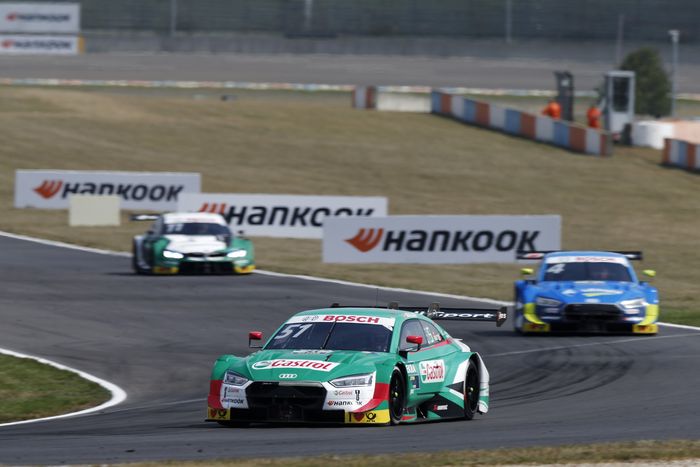 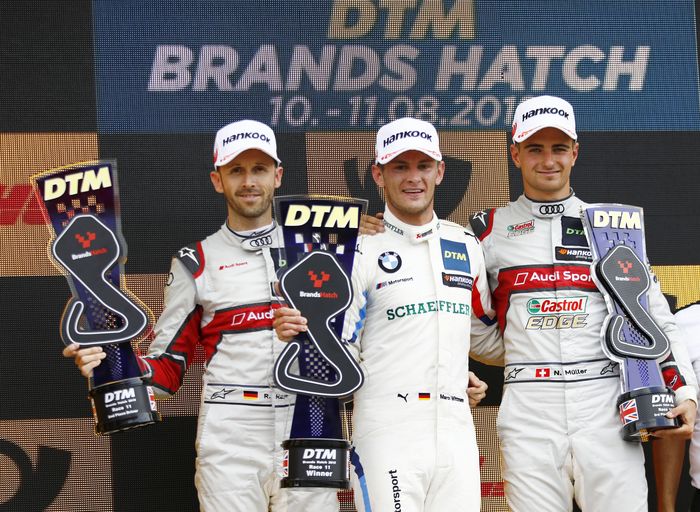 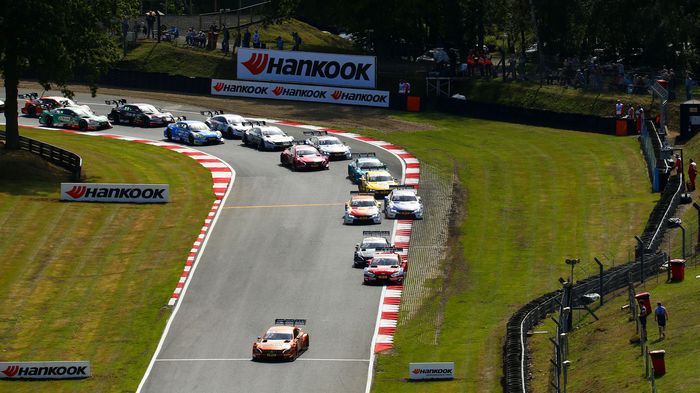 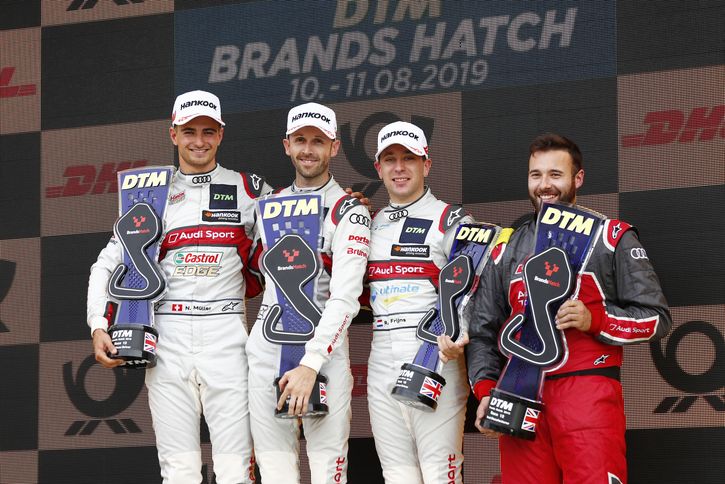 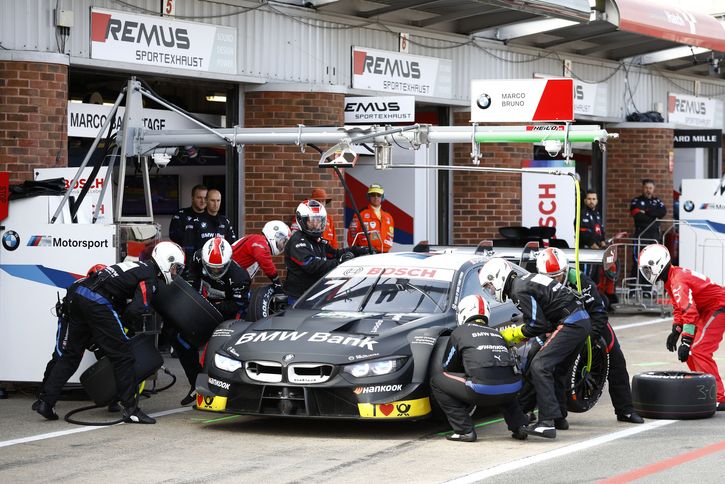