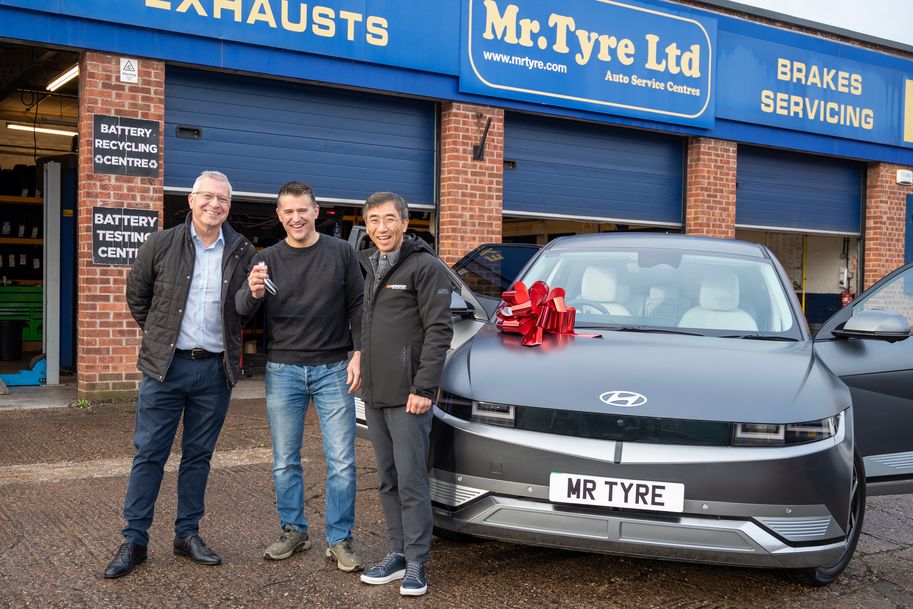 Daventry, UK, 24th January 2023 – Hankook Tyre UK has presented the winner of its promotion with their prize – a brand new top of the range electric Hyundai IONIQ 5. The recent competition was open to customers buying two or more Hankook car, SUV or 4x4 tyres from a Hankook approved dealer during the promotional period. Whilst the car was the main prize on offer, the premium tyre manufacturer also offered daily prizes of £100 in Love2Shop gift vouchers.

Vincent Square who bought Hankook Kinergy Eco 2 tyres from the Mr. Tyre Langley Mill depot was the lucky recipient of this electric car as it was his name which was randomly selected. Mr. Square said: “My car had a screw through the rear tyre and after fitting the spare I went to my local Mr. Tyre as I have been happy with their service previously. I chose Hankook tyres following the recommendation from the helpful staff and being familiar with their quality and value for money. The staff told me about the competition and I completed the online entry form then and there and gave it no more thought. When I received a phone call to say I had won a brand new Hyundai IONIQ 5 I just didn't believe it; my partner and I were both in shock. We work for the NHS and the fire service and winning this car is amazing as we have never owned a new car. Our two young children were hugely excited and desperate to go out for a ride.”

Hankook recommends its new Hankook iON evo SUV tyres, specifically designed for electric vehicles. The iON evo SUV has a high load-bearing capacity and has achieved an A/A/A rating on the EU tyre label and this corresponds to the highest performance level in terms of rolling resistance, wet grip and tyre noise. For the driver this means more range per battery charge and a better driving experience compared to conventional tyres.

Managing Director of Hankook Tyre, Chang Yool Han commented: “This is the second time Hankook Tyre UK has offered such a large national competition and we were delighted with the overwhelming response from both retailers and consumers. We are grateful to Mr. Tyre for recommending our products to Mr. Square and are delighted to present him with his new car.”

Pete Bamford, Retail Director of Mr. Tyre in Langley Mill said: “We were delighted to hear that one of our customers had won the top prize in the Hankook prize draw. Vincent Square arrived at our depot after having a puncture in the rear tyre due to a nail and also with low tread on both the front tyres of his Skoda Citigo. After talking with our staff he bought Hankook Kinergy Eco 2 tyres and learned about the competition and completed the entry before he and his partner left. It was great to know one of our customers had won and that we could be part of the presentation with Hankook to see the proud owners receiving a new electric Hyundai IONIQ 5. We hope that Vincent and his family enjoy their new car! We are grateful to Hankook Tyre UK for running this generous competition.” 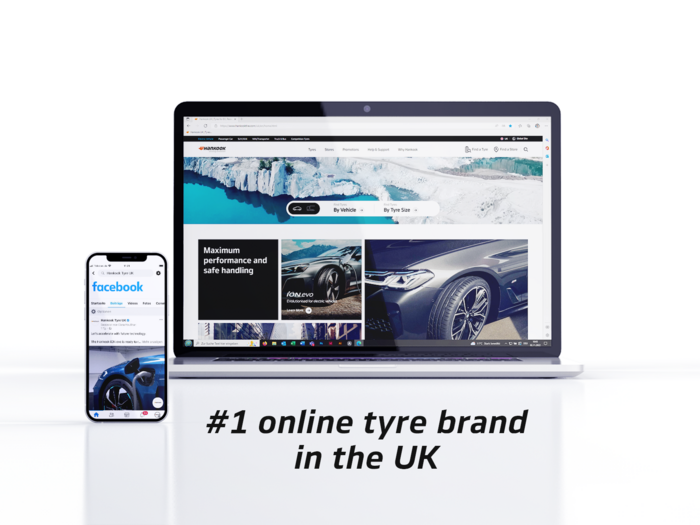 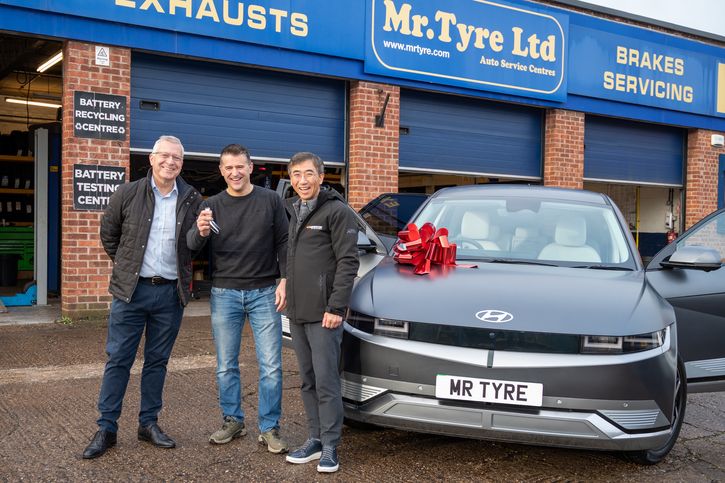