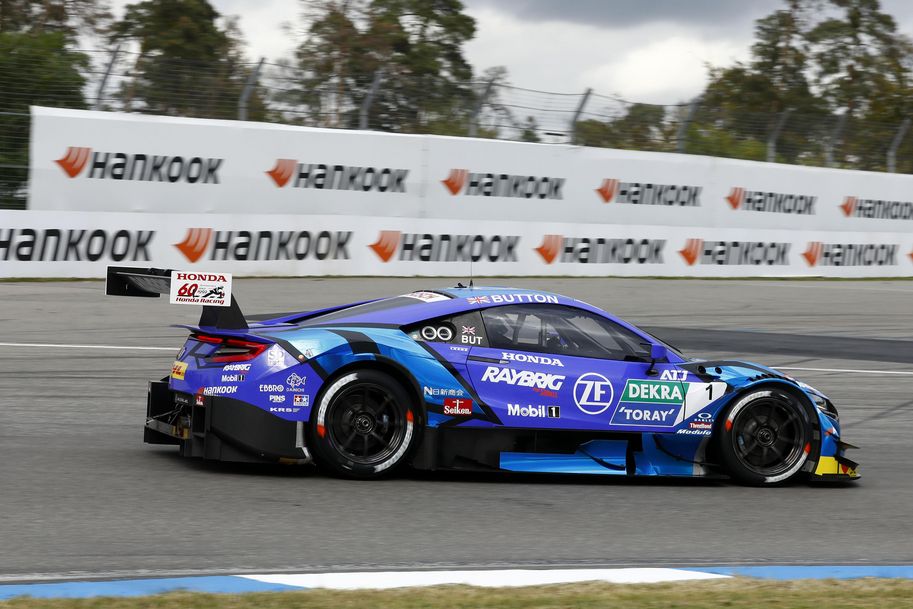 Ahead of the first joint race with the DTM: Hankook race tyre impresses former Formula 1 world champion Jenson Button and his colleagues from the Japanese Super GT series

In the lead-up to the grand DTM finale in Hockenheim, the iconic circuit near Heidelberg was already alive with the sound of engines on Thursday. Five drivers from the Japanese Super GT series took to the track in three GT race cars in a test ahead of their outing in arguably the most popular international touring car series. For the guests from the Far East, the test was an important opportunity to modify their cars to find the perfect set-up for the race tyres supplied by tyre maker Hankook. While competitors in the Japanese GT series can select between four different tyre manufacturers, Hankook has been exclusive tyre partner of the DTM since 2011, during which time it has supplied the series with its high-end Ventus Race tyre and supported the engineers with its expertise.

Hockenheim/Germany, 3rd October 2019 – One of the five drivers from the Far East, who will contest a joint race with the DTM for the first time this weekend, is former Formula 1 world champion Jenson Button. The Brit won last year’s Super GT series with his team-mate Naoki Yamamoto, but will be driving on his own for Honda in the two races on Saturday and Sunday. The Hockenheimring is a familiar stamping ground for Button. “I am delighted to be back here racing again. I had a lot of tough battles at the Hockenheimring during my time in Formula 1, and twice finished runner-up. It is obviously different driving a GT car here, but we are also very quick. We will see in Friday’s free practice how we compare to our colleagues in the DTM,” said the 39-year-old after the two test sessions.

Despite the cool temperatures on Thursday, Button soon got the Ventus Race tyres working. “When the Hankook race tyre is at the right temperature, it provides a lot of grip and you can really push on it. The high level of consistency it offers is particularly important to us, as it allowed us to continuously adapt our car to the tyres and the track during the tests. Everything has been positive so far,” said the British driver, summing up his experiences so far.

His colleagues also wasted little time getting to know the Hankook race tyre, which soon won favour with the drivers from the Super GT series thanks to its large amount of grip and high level of reliability. The Ventus Race was an old acquaintance for Nick Cassidy. “I have driven on Hankook race tyres in Formula 3 and did okay on them. However, you do have to adapt a bit, as we do not have standard tyres in our Japanese series. Instead, there is a tyre competition and we can select between different brands. However, it is great to be able to race together with the drivers from the DTM,” said the Toyota works driver.

Tyre selection is not the only thing that Nick Cassidy, Jenson Button and their colleagues must adapt to. Unlike in the DTM, in which races are roughly 50 minutes long and held over a distance of approximately 150 kilometres, the races in the Super GT series are endurance events of between 250 and 1000 kilometres. As such, the races in Japan feature fuel stops, driver changeovers and flying starts. Ronnie Quintarelli of Nissan is looking forward to this challenge: “We have to adapt, but I like challenges like these. I drove on the Hankook race tyre for the first time on Thursday. They have a totally different character to the tyres in our series. In order to take full advantage of the potential grip provided by the Hankook tyre, we must make a few changes to the car set-up. We used the test sessions for this, and also gained a lot of information on the tyres. The main thing is that conditions for the weekend’s races are similar to today’s conditions and it stays dry.” 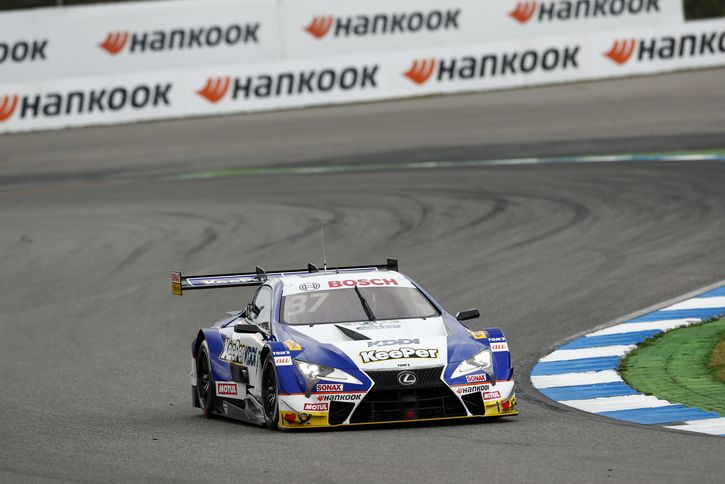 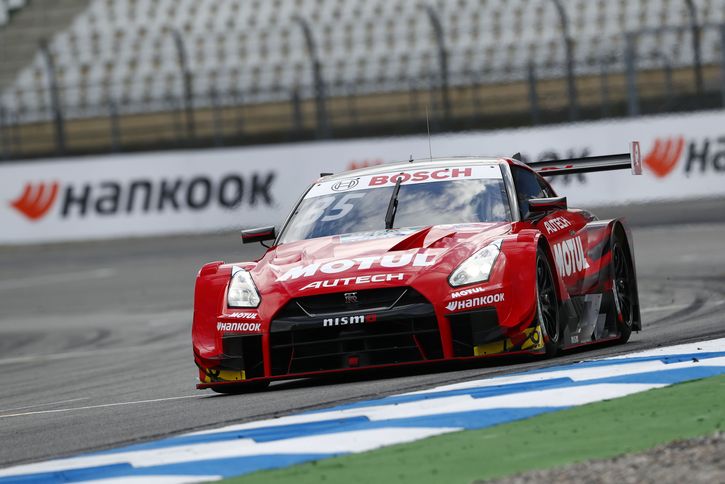 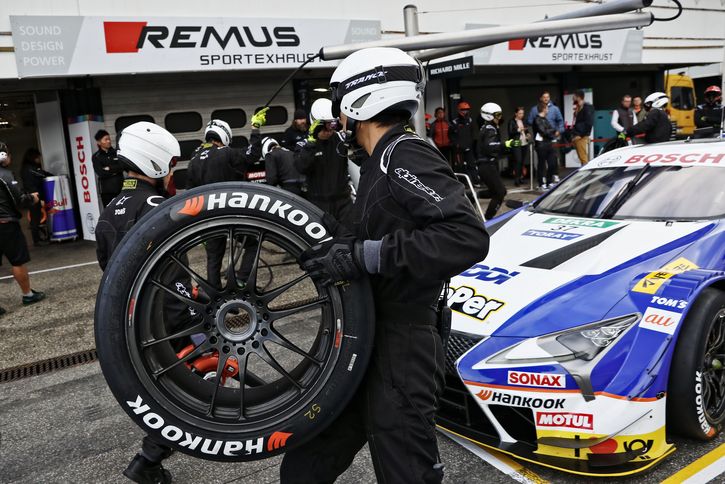