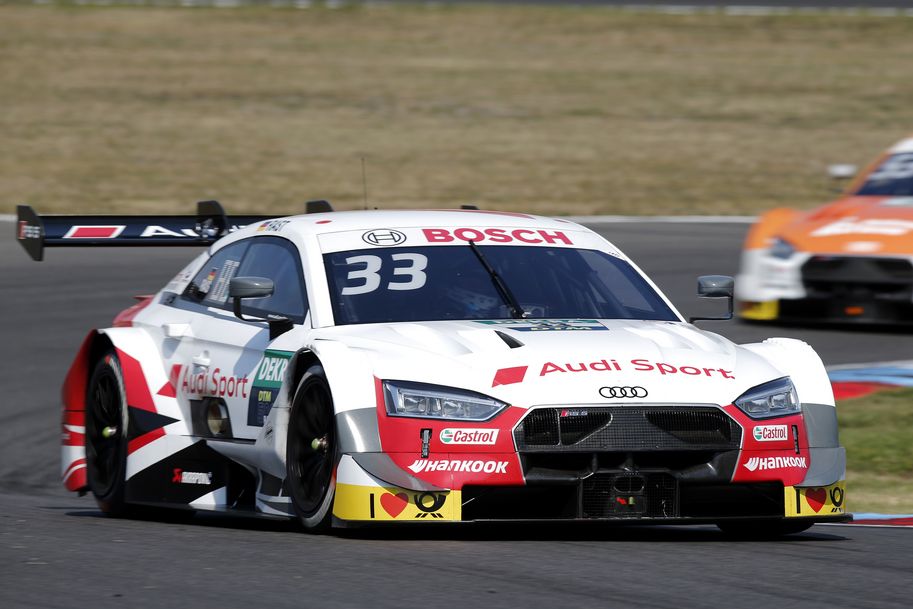 René Rast claimed a historic win at the Lausitzring on Sunday. After a dominant performance, the Audi driver claimed his fifth win of the season in the 500th DTM and extended his lead in the Drivers’ Championship. Behind Rast, second to fifth places went to fellow Audi racers Nico Müller, Mike Rockenfeller, Jamie Green and Robin Frijns as the Ingolstadt carmaker secured early confirmation of victory in the Manufacturers’ Championship in what is arguably the most popular international touring car series. With track temperatures just under 40 degrees, the race tyre from exclusive DTM partner Hankook once again delivered an outstanding and impressive performance with plenty of grip and great consistency.

Klettwitz/Germany, 25th August 2019 – After retiring from Saturday's race at the Lausitzring, René Rast returned with an impressive performance on Sunday. Starting from fourth on the grid, the Audi driver got off to a flying start and moved up two places, overtook leading driver and pole-sitter Jamie Green (Audi) on lap four, and then controlled the race from the front. Rast came in for a new set of Hankook race tyres on lap twelve, before extending his lead and claiming the 15th win of his DTM career, crossing the line with a 5.1-second lead after 34 laps.

Fellow Audi driver Nico Müller started from third position, before losing ground at the start and falling back to tenth. After an early pit stop on lap eight, he was able to take advantage of the consistently fast Hankook race tyre to move back up to second place. Ahead of the final four DTM races, he is 20 points behind leader Rast. Just as on Saturday, Mike Rockenfeller secured the final podium spot ahead of fellow Audi men Jamie Green and Robin Frijns. The best-placed BMW driver was Marco Wittmann in sixth place. The two-time champion is now third in the overall standings, 67 points behind the leader, and with only a faint chance of claiming his third DTM title. Daniel Juncadella guided the fastest Aston Martin to twelfth place.

Manfred Sandbichler, Hankook Motorsport Director Europe:“After failing to score points on Saturday, René Rast returned with a dominant performance to secure an impressive victory in the 500th DTM race and consolidate his position at the head of the Drivers’ standings. Fellow Audi driver Nico Müller is still in a promising position and we can look forward to some thrilling DTM races at the Nürburgring and at the finale in Hockenheim. The Hankook race tyre once again showed just how well it can perform in these high temperatures, making it possible for each driver to select their own, individual pit stop strategy.”

Audi Sport Team Phoenix recorded the fastest pit stop at the Lausitzring with a time of 40.115 seconds, which is rewarded with 25 points in the overall standings for the Best Pit Stop Award, the unofficial pit crew championship from Hankook.

René Rast (Audi): “I managed really well with the Hankook race tyres and my pace with them was good. There was just one tricky moment, when there was a lot of dirt on the track and my front-left wheel briefly came to a standstill. Overall, the Hankook race tyre was very consistent and did a good job.”

Nico Müller (Audi): “In these high temperatures, keeping the rear axle alive was more difficult than on Saturday. I showed a bit too much respect during my second stint and drove too defensively. At the end of the race, the Hankook race tyres were in far better condition than I had expected and they worked really well, which allowed me to get closer to René again.”

Mike Rockenfeller (Audi): “I did very well with the Hankook race tyres over the whole race weekend here at the Lausitzring. They were fast in qualifying and very consistent in the race. I drove a long second stint today and, at the end, I was worried that Jamie would catch me, as his tyres were fresher. But my Hankook race tyres held up until the finish, which meant that I was able to secure third place.”

Marco Wittmann (BMW): “I started brilliantly on Saturday, but I was struggling with wheelspin today. It’s almost impossible to do anything about that with more than 600 hp, and I lost two places at the start. In today's race, we completed two equally long stints with scrubbed Hankook tyres. They worked well and were reliable, and I was able to improve my position somewhat. However, we had no chance against the Audi armada.” 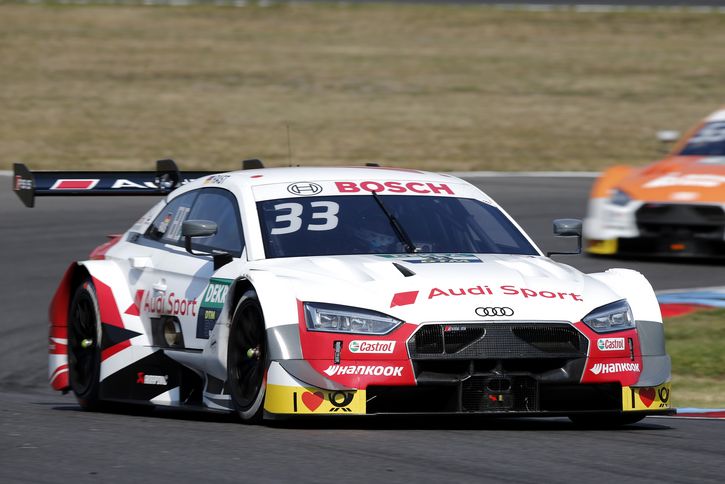 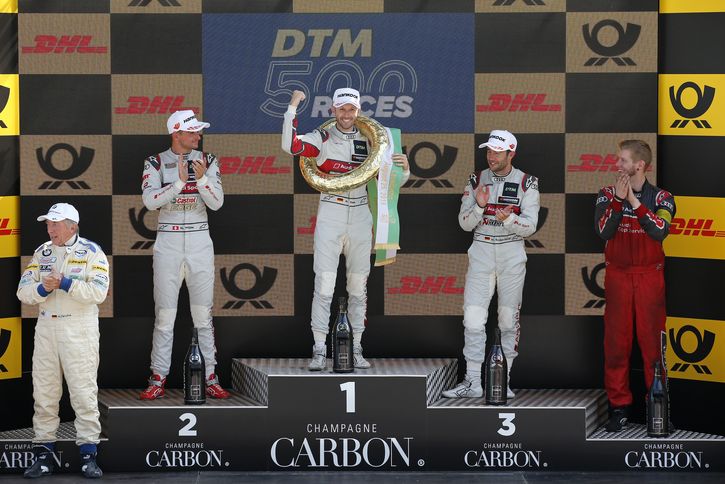 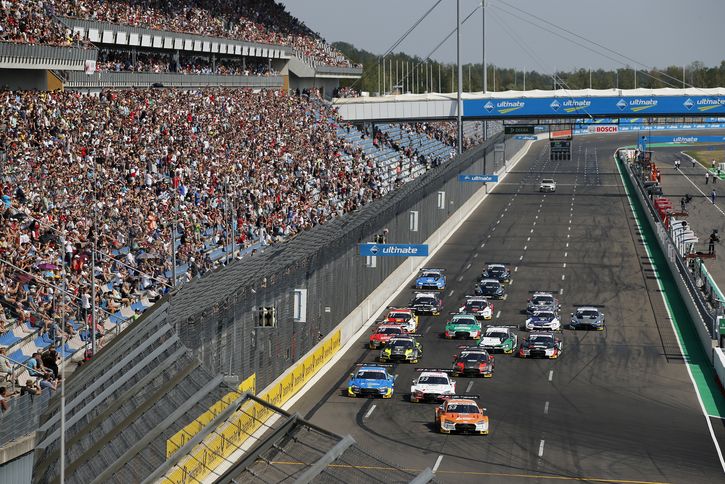 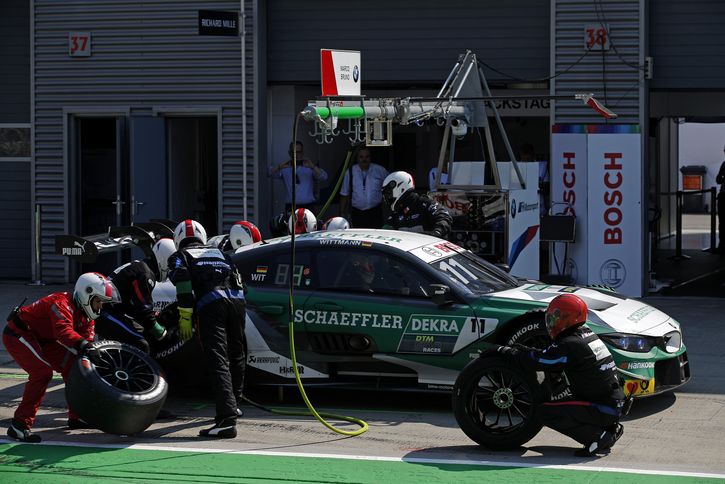