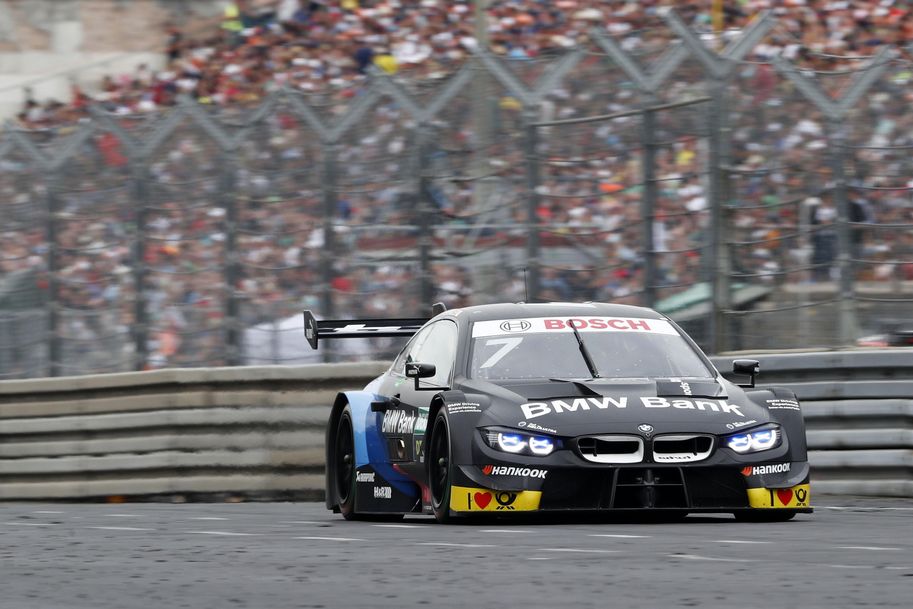 As of Sunday, Bruno Spengler is the sole record winner at the Norisring. At the fourth round of the DTM in the 2019 season in Nuremberg, the BMW driver won the second race and with a total of five victories has finished first at the “Monaco of the DTM” more times than any other DTM driver. Behind the Canadian, Jamie Green (Audi) is in second place, who with four Norisring victories to date was on a par with Spengler. The race tyres of premium tyre maker Hankook delivered their usual high level of grip at the much cooler track temperatures of 31 degrees compared with Saturday. Despite the very long stints of many drivers and the heavy strain due to the numerous braking and overtaking manoeuvres on Germany’s only street circuit, the Ventus Race by Hankook showed only minor signs of wear and was convincing with its usual high levels of consistency.

Nuremberg/Germany, 7th July 2019 – Bruno Spengler (BMW) started Sunday’s race at the Norisring from fifth on the grid and took the lead after a lightning start. Soon after, pole sitter René Rast (Audi) behind him was sent spinning by his brand colleague Nico Müller, who was awarded a drive-through penalty as a result, while championship leader Rast dropped down the field. Bruno Spengler controlled the field from the front as the race went on, had new Hankook race tyres fitted on lap 32 and after 70 laps celebrated his fifth win at the Norisring, where he also celebrated his last DTM win in 2017.

In second place was Jamie Green (Audi), who with four wins at the Nuremberg street circuit to date was on a par with Spengler. Audi driver Mike Rockenfeller finished third on the podium after starting from eleventh on the grid. Championship leader René Rast (Audi) limited the damage in seventh place and still tops the table ahead of Nico Müller (Audi) and Philipp Eng (BMW). Bruno Spengler’s record win saw him move up into fourth place in the driver’s standings. The best driver for DTM newcomers Aston Martin was, like on Saturday, Daniel Juncadella, who picked up a point for finishing tenth in Sunday’s race.

Manfred Sandbichler, Hankook Motorsport Director Europe: “It was a race weekend like many we have experienced at the Norisring. With lots of contact, fierce battles for position and hard but fair duels. Bruno Spengler brought home his fifth race win after a commanding performance and showed that the Norisring is his track. The Hankook race tyres provided the perfect support for the drivers throughout the DTM weekend with their usual high level of consistency, enabled customised pit stop strategies and created that extra excitement.”

Audi Sport Team Phoenix got the fastest pit stop of the race weekend at the Norisring in Nuremberg, with a time of 38.822 seconds, which is awarded 25 points for the overall standings in the Best Pit Stop Award, Hankook’s official pit crew championship.

Bruno Spengler (BMW): “I’m delighted with my record win at the Norisring. The Hankook tyres reacted really well to the additional strains here. You put the pedal to the metal after every turn in first gear with screeching tyres, the transmission of the 600-horsepower strong turbo engine is non-linear, which is also tough on the rear wheels. The Hankook tyres mastered these high demands well throughout the whole race.”

Jamie Green (Audi): “At the Norisring, it is primarily accelerating out of the slower passages that really puts pressure on the tyres. With the increased performance of the cars this season, it is important to manage the tyres wisely. I did that really well in the second section. I was able to push the Hankook race tyres for 54 laps and that was the key to my second place.”

Mike Rockenfeller (Audi): “I had no tyre management strategy today. I wanted to move up the field and really got the most out of the Hankook race tyres. Naturally, the tyre breaks down at some point under this kind of continual pressure. But the performance of the Hankook race tyre was good, which meant I was able to move up from eleventh on the grid into third place.” 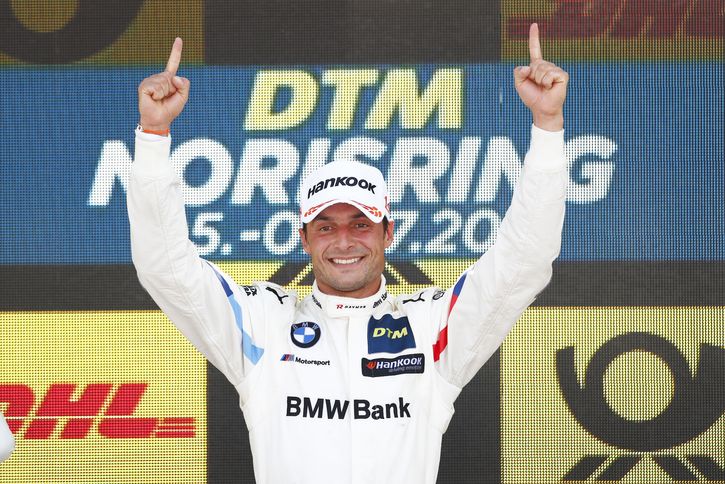 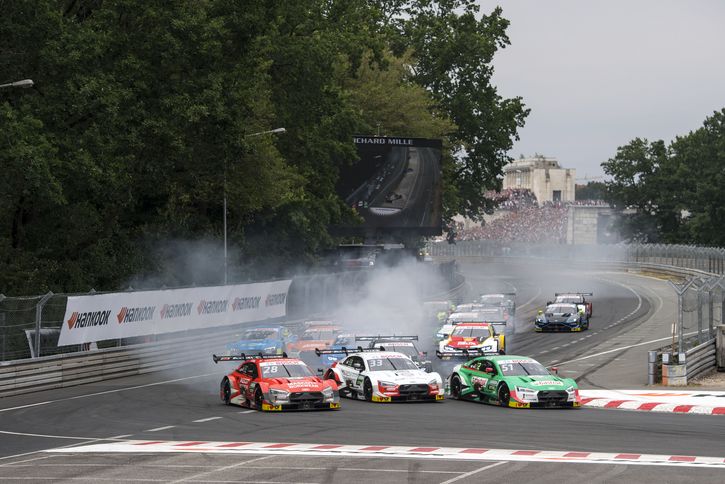 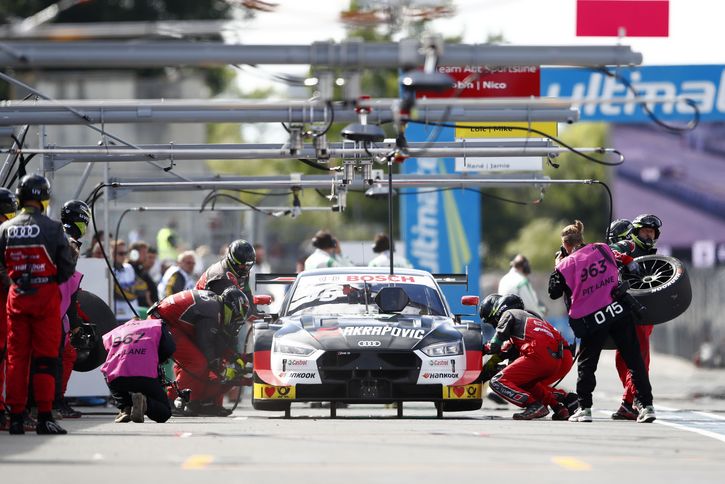