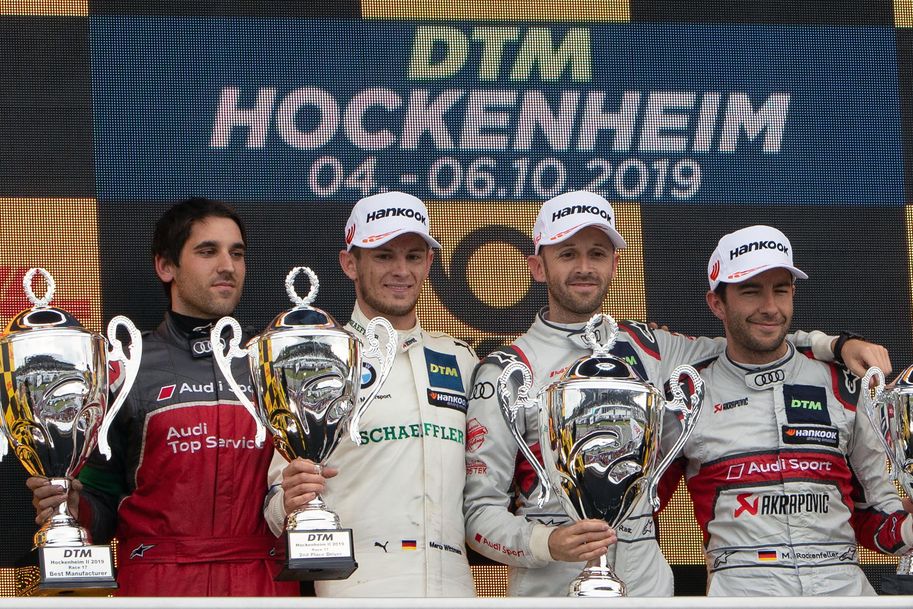 Audi driver René Rast is still hungry for victory, even despite being crowned DTM champion last time out. Not only was Rast the fastest man in qualifying on Saturday at the final race weekend of the season in Hockenheim, but the newly-crowned champion also produced another flawless performance to win the penultimate race of the 2019 season. The crowds at the iconic circuit near Heidelberg were treated to some spectacular motorsport featuring six manufacturers. For the first time, three cars from the Japanese Super GT series lined up in a race alongside their counterparts from the DTM. The best of the guest starters was former Formula 1 world champion Jenson Button, who came home ninth in his Honda.

Hockenheim/Deutschland, 5th October 2019 – René Rast was crowned this year’s DTM champion at the penultimate round of the season at the Nürburgring three weeks ago. However, this was no reason for the 32-year-old to take his foot off the gas on Saturday at the season finale in Hockenheim. The Audi man started the penultimate race of the season from pole, came in for a fresh set of Hankook race tyres on lap 18, and then controlled the field from the front. He was unable to prevent Marco Wittmann (BMW) from passing him following a safety car phase on lap 25, but soon regained the lead. After 38 laps, Rast crossed the finish line in first place to claim the 17th win of his DTM career.

Marco Wittmann produced a battling display. The BMW driver started the race from second on the grid, was able to match Rast’s pace for almost the full distance, and actually led for one lap. After that, however, the 29-year-old was forced to accept the superior pace of the new DTM champion and eventually came home behind him in second place. Mike Rockenfeller (Audi) finished third to claim the final spot on the podium. Paul Di Resta was the best-placed Aston Martin driver in seventh.

The fastest of the guest starters from the Japanese Super GT series was Jenson Button (Honda). The former Formula 1 world champion qualified sixth but dropped back several positions at the start of the race. He did then find his rhythm after a few laps and became faster as the race progressed. Unfortunately, a mistake during the pit stop cost the 39-year-old a lot of ground. However, Button did manage to climb back through the field on his new set of Hankook race tyres and eventually finished in the points in ninth place.

Manfred Sandbichler, Hankook Motorsport Director Europe: “The penultimate DTM race was once again a great advertisement for motorsport. There were spectacular overtaking manoeuvres throughout the field, while René Rast and Marco Wittmann had a great fight at the front. As has so often been the case this year, it was the new DTM champion Rast who came out on top. The guest starters from Japan had to adapt to conditions that were completely new to them, and to the Hankook race tyres. After a tyre change that took far too long, Jenson Button showed how quick they can be. With its impressive overall performance, the Hankook Ventus Race was the constant in the race, on which all the drivers could depend.”

René Rast (Audi): “It was very cold today and I had to manage the tyres well in the first stint, as I had a lock-up on the front left. I had good pace on the second set of Hankook race tyres and was faster on them than Marco. That was enough to get me the win.”

Marco Wittmann (BMW): “My first stint was very positive on the cold asphalt, and I was able to close the gap out in front. In the second section of the race, the safety car thwarted me a little. In the end, however, René simply had more pace than me.”

Paul Di Resta (Aston Martin): “After the mixed conditions in yesterday’s free practice, when it was both wet and dry in places, we did not know exactly where we stood in today’s race. However, we had a good set-up, with which we were able to manage the Hankook race tyres well and to finish seventh.”

Jenson Button (Honda): “We still have a lot to learn in the DTM. The balance of our car is set up for multiple tyre manufacturers, which we can use in Japan. In the race, our tyre pressures were far too high after a few laps. We must also improve in this regard. Thanks to the support we received from Hankook, we have already made great progress. We want to demonstrate this to the crowds at the Hockenheimring in tomorrow’s race.” 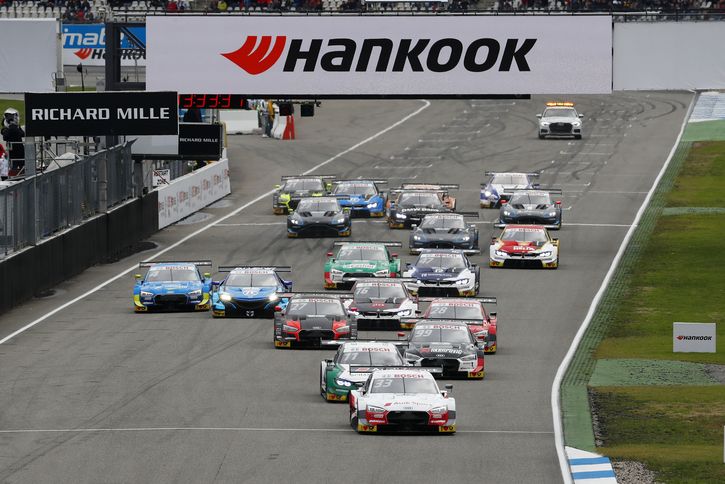 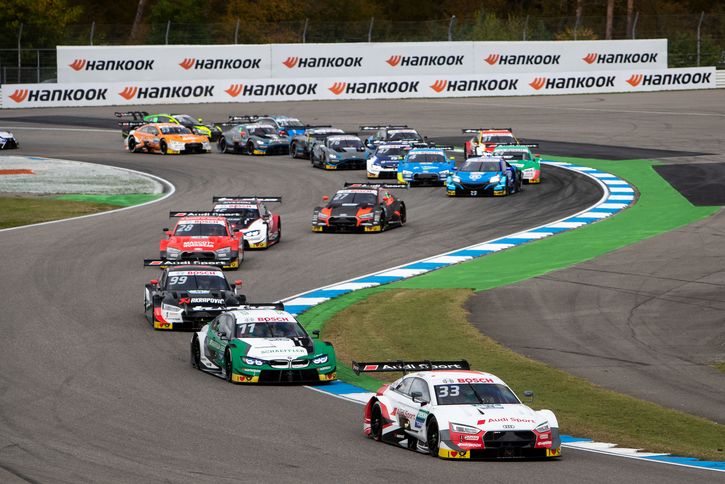 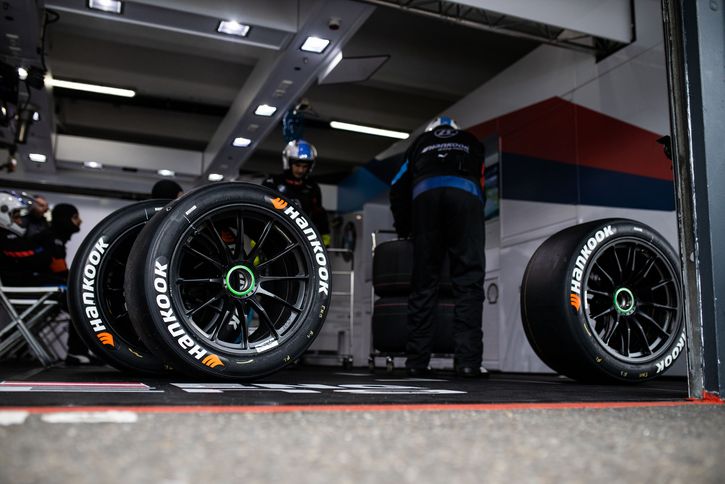