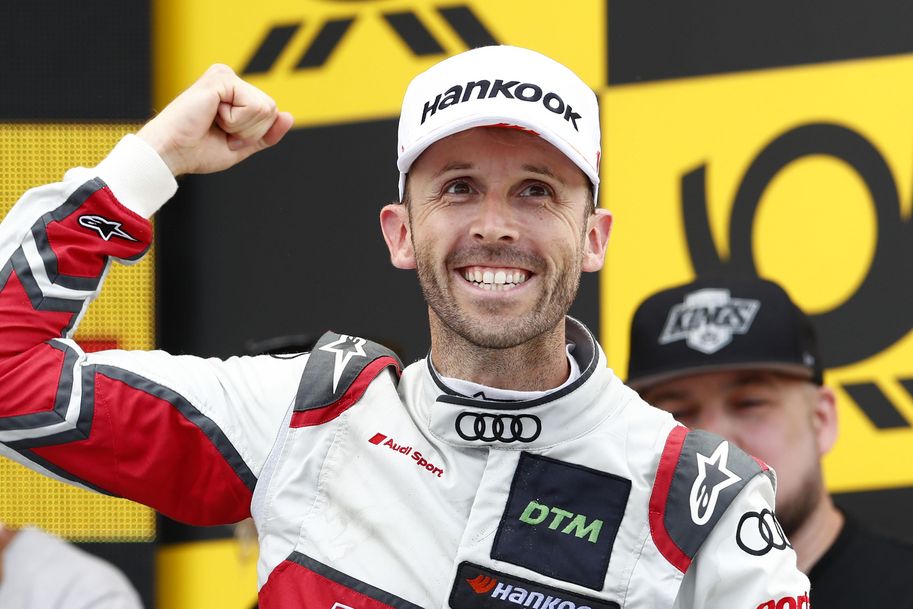 René Rast claimed his 13th victory in arguably the most popular international touring car series, as the Norisring hosted the 123rd DTM race on Hankook race tyres on Saturday. The Audi driver came in early for his mandatory pit stop on lap three, shortly before the safety car made an appearance following a collision. This proved to be the key to his success. After 69 laps of racing, Rast crossed the finish line in first place to extend his lead in the Drivers’ Championship. With track temperatures at Germany’s only street circuit reaching 43 degrees, the Hankook race tyre produced the strong all-round performance it has become renowned for. The tyre’s high degree of consistency opened the door to a range of different pit stop strategies.

Nuremberg/Germany, 6th July 2019 – René Rast was the beneficiary of a blessing in disguise in Saturday’s DTM race at the Norisring. Starting from third on the grid, the Audi driver stalled his engine at the start and dropped back to last place. The 32-year-old came in for a new set of Hankook race tyres on lap three and benefitted from the appearance of the safety car, which took to the track directly in front of him following a collision. This strategy allowed Rast to take the lead on lap 30. By the time he took the chequered flag, the German had extended his lead to 34.489 seconds.

Despite this, the man of the race was Rast’s fellow Audi driver Nico Müller. The pole-sitter produced a blistering start to defend the lead and soon set about pulling clear of the chasing pack. The Swiss fell back to seventh place after his mandatory pit stop on lap 30, but gradually climbed back through the field with the help of the consistently quick Hankook race tyre. A sensational overtaking manoeuvre saw him pass Joel Eriksson (BMW) in the final corner to take second place. Müller now lies second in the Drivers’ Championship. Eriksson came home third to claim the third podium of his DTM career. The fastest of the Aston Martin drivers was Daniel Juncadella in sixth.

Manfred Sandbichler, Hankook Motorsport Director Europe: “We saw a lot of early pit stops and long stints. The Hankook race tyre dealt very well with this strain on the bumpy surface at the Norisring. There was a little wear on the rear wheels at the end of a long stint, but the drivers were able to adapt to that. René Rast was a little fortunate with the safety car. However, he judged the situation correctly and acted quickly. His fellow Audi driver Nico Müller produced the highlight of the race with his overtaking manoeuvre at the very end.”

René Rast (Audi): “I did a long stint on one set of Hankook tyres and was very happy with them. I was a bit lucky with the safety car, especially as I had stalled the car at the start. However, you get that sometimes.”

Nico Müller (Audi): “The increase in the power of the cars means that the tyres are also under far more strain here at the Norisring. You would not usually be able to do 69 laps at full-throttle, otherwise you would have issues on the rear axle. However, that is precisely what I had to do, as I had fallen back through the field after the safety car phase, and I was able to fight my way back into second place. On the whole, it was one of my best DTM races. The Hankook race tyres held up very well.”

Joel Eriksson (BMW): “We changed tyres on the opening lap and knew that it would be tough in the long second stint. However, we had a good set-up and, in combination with the very good Hankook race tyres, we managed to consistently set fast lap times right through to the finish.”

Daniel Juncadella (Aston Martin): “That was a good race on great Hankook tyres. We stopped early and did 66 laps on one set of tyres. The Hankook tyres were fantastic in qualifying and I had great pace on them throughout the entire race.” 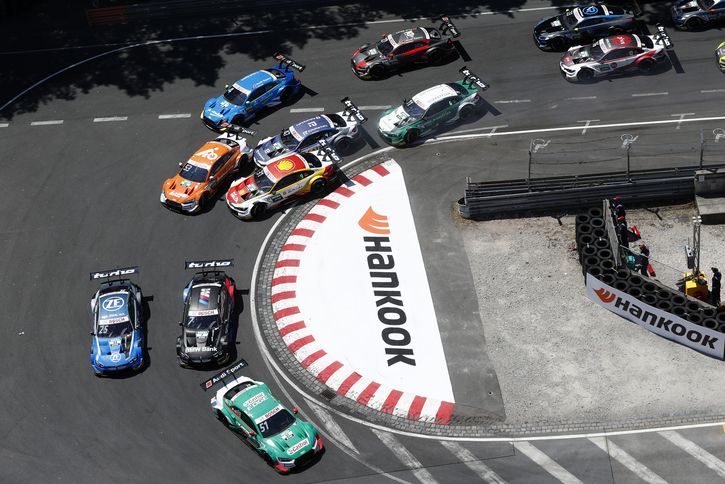 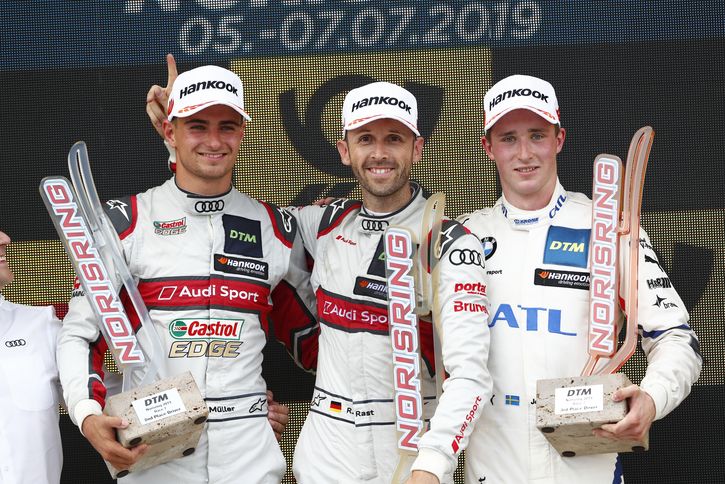 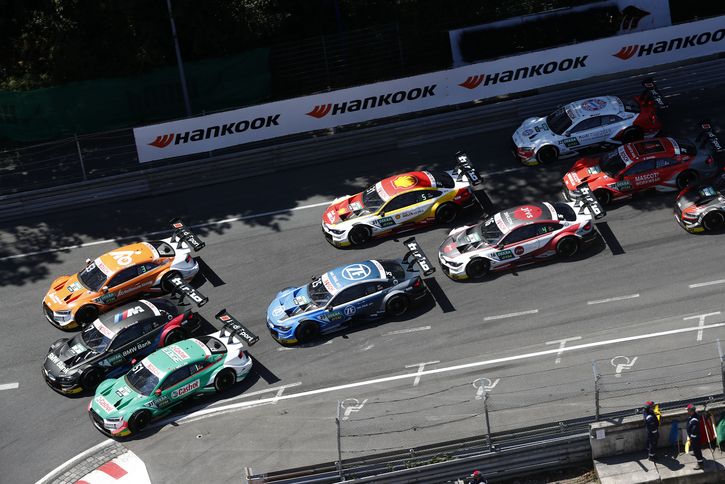