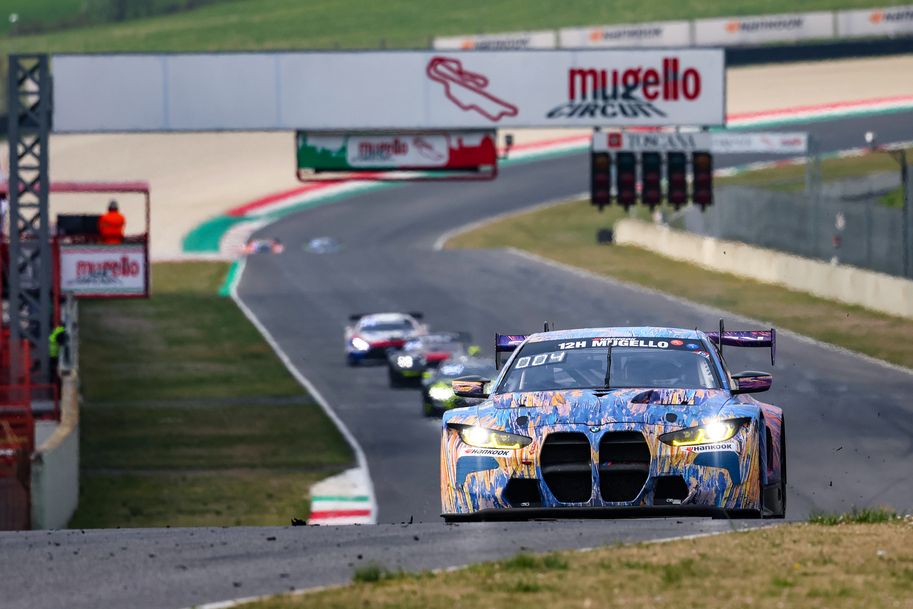 Neu-Isenburg, Germany, 27.03.2022 – The Hankook 12H Mugello ended on Sunday with a commanding victory for ST Racing. Nick Wittmer, Samantha Tan (both Canada) and Bryson Morris (USA) led for long stretches of the race in the new BMW M4 GT3 (#1). After 330 laps of racing, Wittmer took the chequered flag with a lead of two laps. Phoenix Racing and the quartet of Michael Doppelmayr (A), Pierre Kaffer, Elia Erhart and Swen Herberger (all Germany) clinched second place with the #18 Audi R8 LMS GT3 Evo II in a dramatic finish. The Mercedes-AMG GT3 (#25) of Mann-Filter Team Landgraf came home just 1.453 seconds further back to take third place, a result that earned them victory in the GT Amateur class. Thai team BBR dominated every aspect of the TCE category and took a commanding class victory after 304 laps in a Cupra Leon Competición TCR (#159). As always, the race tyre supplied by title sponsor Hankook was a strong and reliable partner for the teams and drivers in Friday’s qualifying and the two parts of the race on Saturday and Sunday.

The 12-hour race in Mugello, the first European round of the 24H Series powered by Hankook, was held in two parts. The 40-car field completed the first five and a half hours on Saturday, before returning for the remaining six and a half hours on Sunday. Right from the word go, it looked like being a three-way battle between the pole-sitters from Phoenix Racing, ST Racing and Mann-Filter Team Landgraf, who occupied the top three positions going into the second part of the race on Sunday.

With the start taking place in cool temperatures at 09:00, it was initially important for the drivers to get the Hankook race tyre up to the optimal working temperature, in order to be able to exploit the full potential of the Ventus Race. As the race progressed, ST Racing pulled clear of its two rivals and consistently extended its lead right through to the finish. The battle for second place was a dramatic one. With 14 minutes remaining, and following a late pit stop, Audi driver Pierre Kaffer from the Phoenix team managed to overtake Martin Konrad in the Mercedes-AMG GT3 to secure the runner-up spot.

Thai team BBR dominated the TCE class at Mugello Circuit in Tuscany, Italy. The quartet of Chariya Nuya, Kantadhee Kusiri, Kantasak Kusiri and Tanart Sathienthirakul in the Cupra Leon Competición TCR (#159) were the dominant force and the fastest on track in qualifying and both parts of the race. Second in the TCE class was the Noker Racing team with the Volkswagen Golf GTI TCR SEQ (#104), with third place going to Wolf-Power Racing with the Audi RS3 LMS TCR (#116). Manfred Sandbichler, Hankook Motorsport Director Europe: “Congratulations to ST Racing. The team and the drivers more than deserved this victory after a flawless performance. The battle for second place was incredibly exciting. The fact that just two seconds separated second and third place after twelve hours of racing just goes to show how high and even the standard is in the 24H Series. The competitors were pulling no punches in the TCE class too, although the BBR team was in a class of its own this weekend. The Hankook race tyre showed its full potential, even in very cool temperatures on Sunday morning, and offered all the drivers optimal support right through to the end of the race.”

The next round is the Hankook 12H Spa-Francorchamps in Belgium from 22nd to 24th April.

Nick Wittmer, #1 / BMW M4 GT3 (ST Racing): “Incredible. We have taken our first victory in only our second GT Race, and against such a strong field. It was a great team effort. I had a good lead in my final stint, so I did not need to take any risks and kept away from the kerbs. We gave it our all, as did the car – it was perfect.”

Samantha Tan, #1 / BMW M4 GT3 (ST Racing): “It was an exciting race and a perfect event. Our car was phenomenal all weekend. I am just happy that Nick brought the car home safely.”

Tanart Sathienthirakul, #159 / Cupra Leon Competición TCR (BBR): “The car was fantastic and everyone did a mega job. I had a big lead and just had to finish the race. Next time, somebody else can drive the final stint and perhaps bring the victory home.” 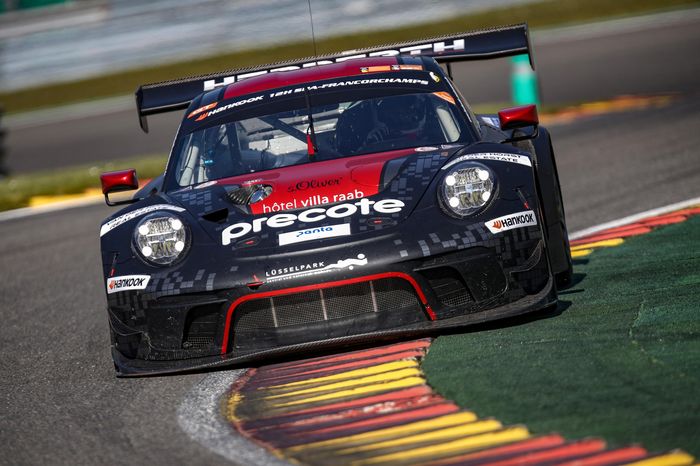 Tough test for the Hankook race tyre at the Ardennes Rollercoaster

12H Spa-Francorchamps is round three of this season’s 24H Series powered by Hankook Demanding layout puts drivers, cars and race tyres to the test Unpredictable weather in the Ardennes can be the X factor ... 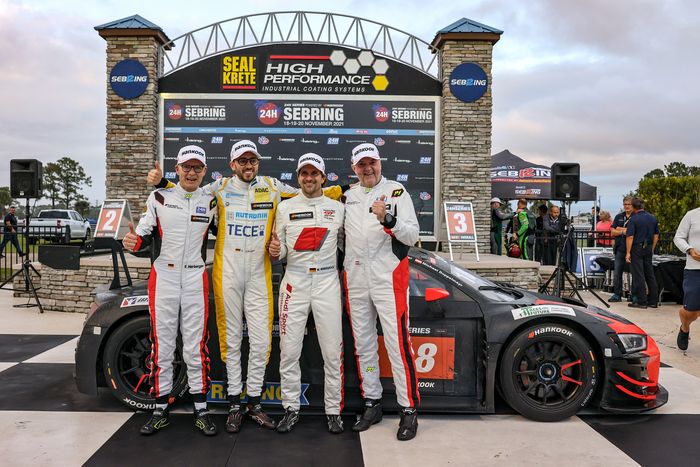 The 24H Series powered by Hankook drew to a close with a spectacular season finale in the USA. After 559 eventful laps, and some heavy rain at times, the Rutronik Racing team emerged triumphant with its Audi R8 LMS GT3. The... 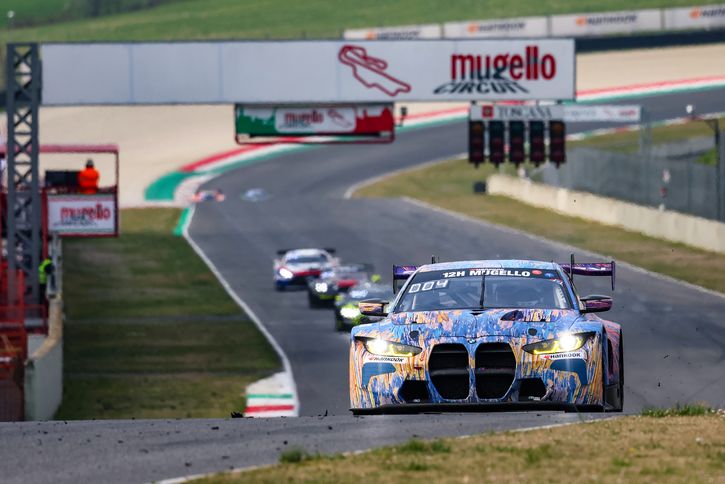 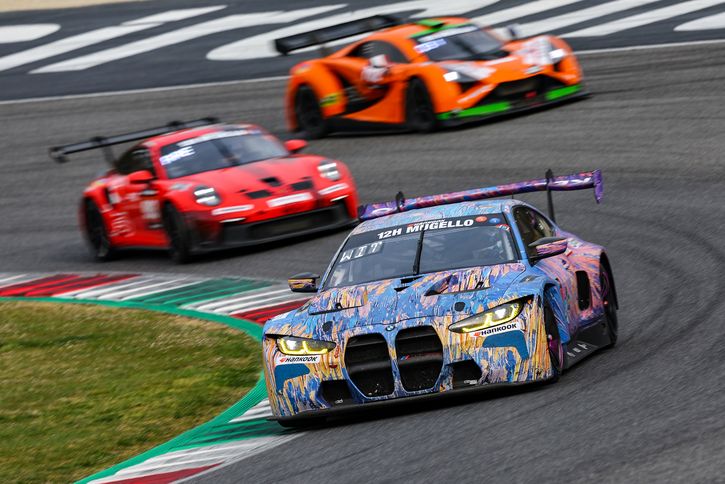 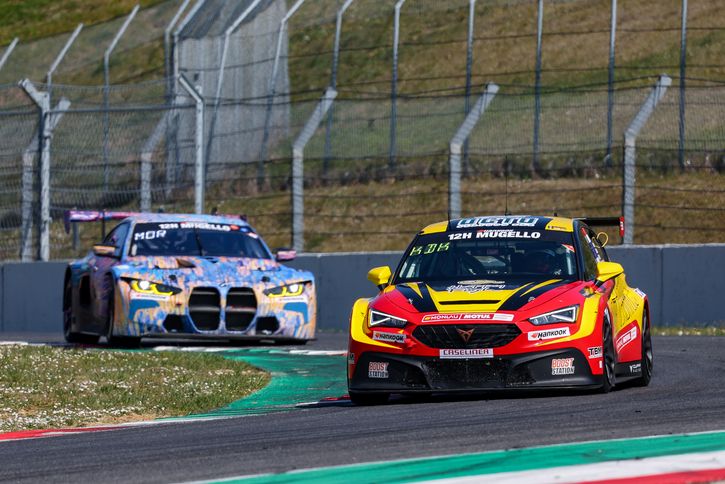 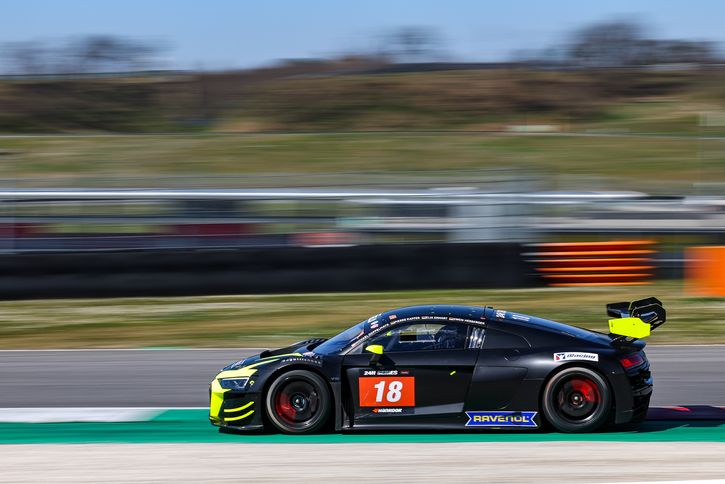 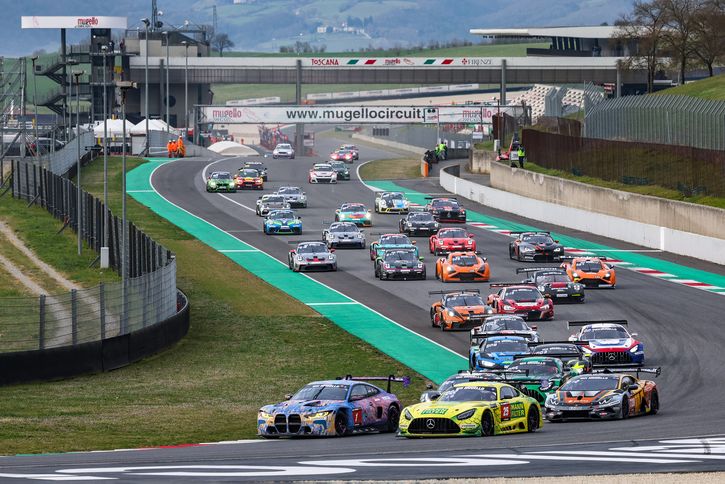