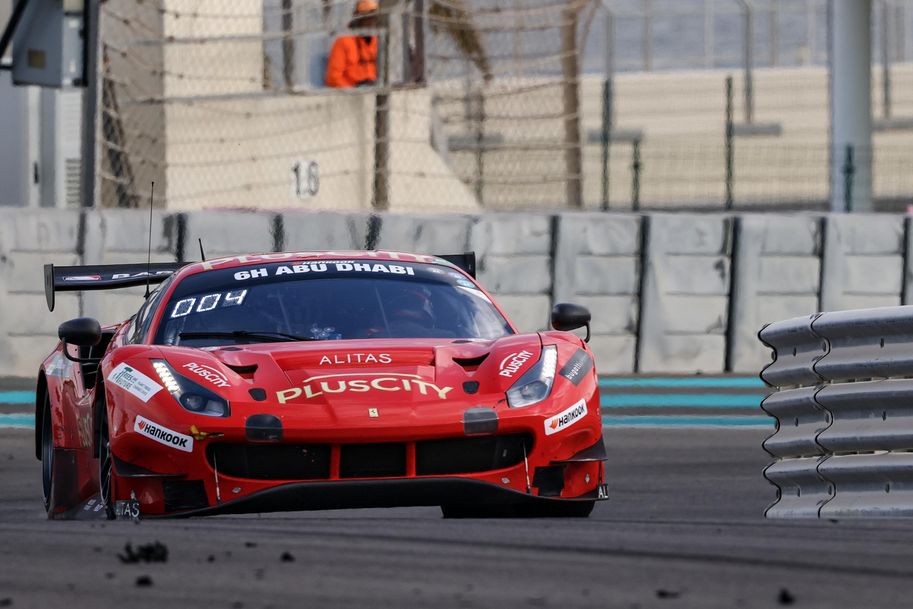 The Hankook 6H Abu Dhabi ended on Saturday with a commanding victory for Austrian team Baron Motorsport. The quintet of Ernst Kirchmayr, Philipp Baron, Roman Ziemian, Axcil Jefferies and Mikkel Mac dominated proceedings throughout the entire race in the #86 Ferrari 488 GT3. After 166 laps of racing, Axcil Jefferies took the chequered flag with a lead of 5:43.100 minutes. Having also won last week’s Hankook 24H Dubai, this was the second victory in a week in the 24H Series powered by Hankook for the driver from Zimbabwe. The Ventus Race tyre provided by premium tyre maker and title sponsor Hankook offered the drivers and teams optimal support with its impressive performance and high degree of consistency in both qualifying and the race.

Neu-Isenburg, Germany, 22 January 2022 – The Hankook 6H Abu Dhabi saw 31 cars from nine manufacturers line up at the partially modified Yas Marina Circuit on Saturday morning. The race took part within the framework of the 24H Series powered by Hankook, but does not count towards the standings in the renowned endurance series, which is organised by Creventic. As the fastest car in qualifying, pole-sitters Baron Motorsport were able to defend their lead at the start. Their fiercest rival in the opening stages of the race was the Lamborghini Huracán GT3 (#88) of the LP Racing team. However, the Italian crew then had to retire with a technical issue just two hours into the race.

As the race progressed, the Ferrari 488 GT3 (#86) controlled the field with some flawless stints and perfect tactics. Taking pit stops into consideration, they almost always led the race. After the fifth and final stop, Axcil Jefferies took the wheel and brought the car home unchallenged to claim victory at the 5.28-kilometre Yas Marina Circuit. He was followed home, with a one lap deficit, by the JR Motorsport team from the Netherlands. Drivers Ted van Vliet and Max Weering had started the race from seventh place in the number 2 BMW M6 GT3, but consistently fought their way through the field and were rewarded with a fine second place. Third place went to the Porsche 911 GT3 R (#48) of Dutch team Saalocin by KoxRacing.

Manfred Sandbichler, Hankook Motorsport Director Europe: “Congratulations to Baron Motorsport on their victory. The team had a great car in the Ferrari 488 GT3 and made perfect use of the Hankook Ventus Race. The BMW M6 GT3 in second place and the Porsche 911 GT3 R in third were also very fast. All the competitors produced outstanding motorsport, and the different pit stop strategies made the race very interesting right down to the finish.”

Axcil Jefferies (Baron Motorsport), #86 Ferrari 488 GT3: “That was a great success, I am proud of the whole team. Everyone did a perfect job. Although we spent a very long time refuelling at the last stop, it was nice and easy for me to bring the victory home in the end.”

Philipp Baron (Baron Motorsport), #86 Ferrari 488 GT3: “I had nothing but fun from start to finish. The team, the car – everything worked perfectly. We were fastest in qualifying, won the race, and set the fastest lap time of 1:53.172 minutes – what more can you ask for?” 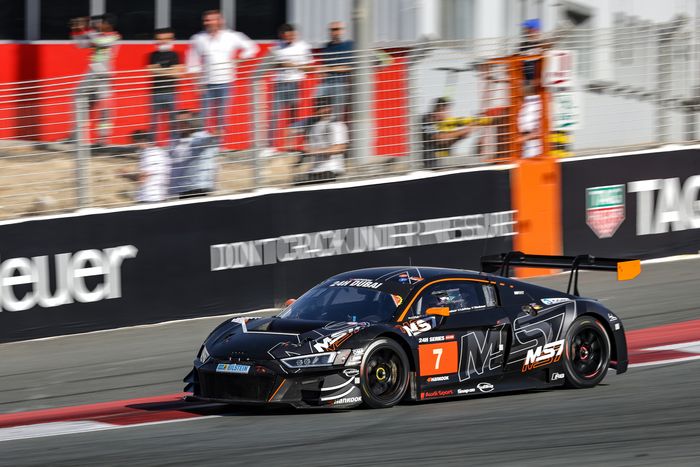 Team MS7 by WRT produced a flawless display to take victory at the Hankook 24H Dubai. After 596 laps of racing, Christopher Mies took the chequered flag at the wheel of the number 7 Audi R8 LMS GT3. In doing so, he secured... 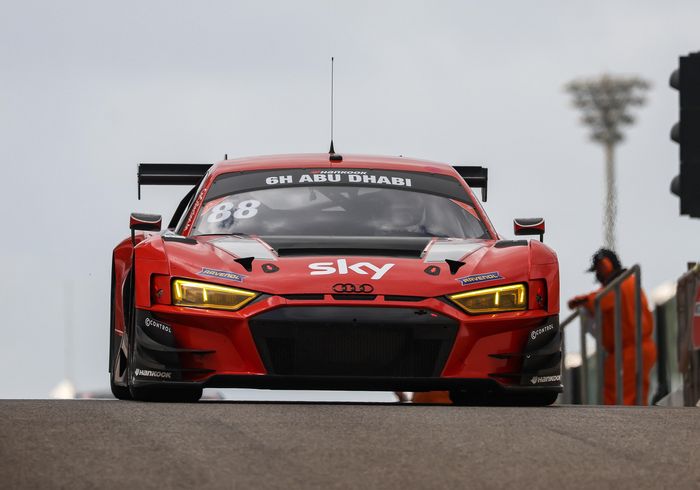 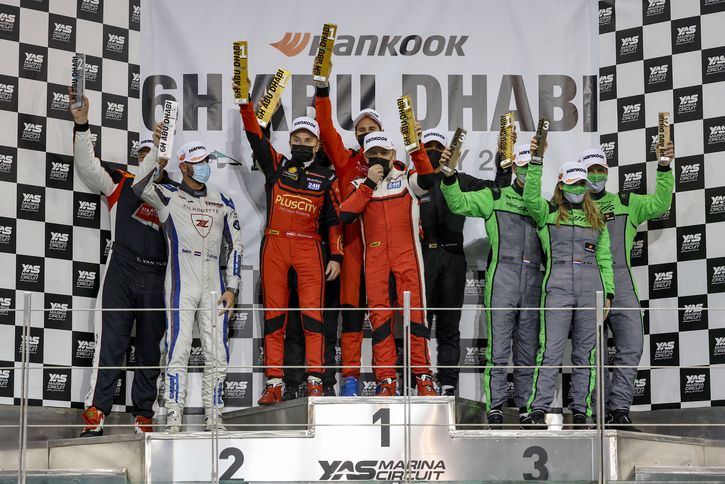 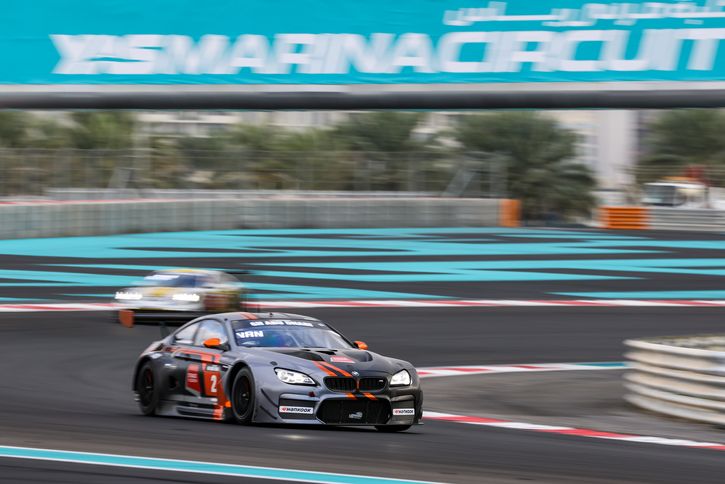 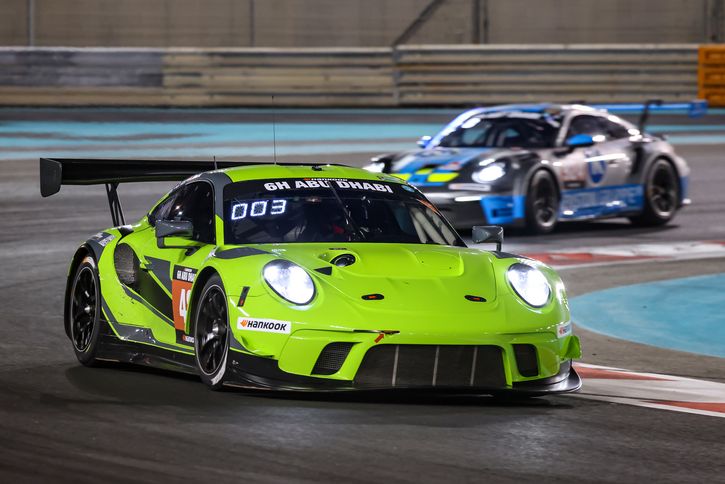