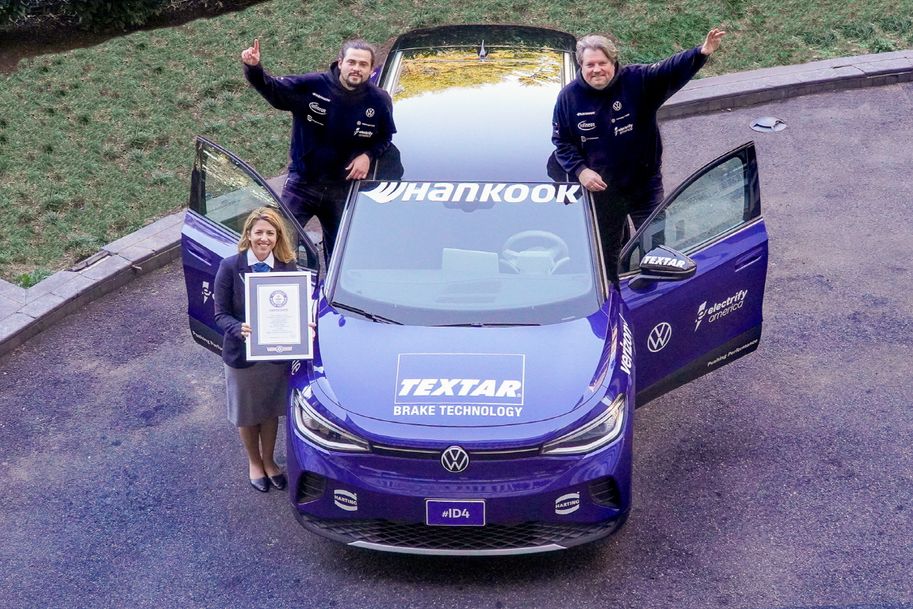 Hankook has completed a 35,000-mile tour across all 48 contiguous U.S. states together with Challenge4 and the new electric car from Volkswagen in all-electric mode on Hankook’s Kinergy AS EV tyres. The tour set the Guinness World Records title for the longest journey by electric vehicle in a single country.

Neu-Isenburg, Germany, 29.10.2021– Global leading tyre company Hankook has cooperated with Rainer Zietlow, founder of Challenge4, to successfully complete the “Volkswagen ID.4: Great Roadshow through the U.S.” with its electric vehicle-specific tyre Kinergy AS EV. The tour team has set a new Guinness World Records title for the longest journey by electric car in a single country with an EV, breaking the previous record set in 2019.

From July 13th to October 18th, 2021, long-distance driver Rainer Zietlow, who had been a part of the “Volkswagen ID.3 Germany Tour” last year, drove the new electric car from Volkswagen, the VW ID.4 EV, across all 48 contiguous U.S. states in all-electric mode. Just like the previous year’s Germany Tour, Hankook once again supported the success of the USA tour by fitting its Kinergy AS EV tyres in size 235/55R19 on the front and 255/50R19 on the rear.

The tour started at VW headquarters in Herndon, Virginia, where it made its way through the northern part of the U.S. to the West Coast. While driving the VW ID.4, Rainer Zietlow visited 622 Volkswagen dealerships and three Hankook dealerships along the way: Tire Rack in South Bend, Indiana, Discount Tire in Phoenix, Arizona, and Les Schwab in Redmond, Oregon. He also visited the Hankook Tennessee Plant in Clarksville, Tennessee, before crossing back via a southern route to reach Volkswagen Group of America's Virginia facility as their final destination. By the time the tour ended he had made 208 stops at Electrify America charging stations.

Upon arrival at the last stop, Guinness World Records announced that the team was awarded the title for the longest continuous journey by electric vehicle in a single country. This broke the previous record set by the “Volkswagen ID.3 Germany Tour”, surpassing the driven mileage by more than double.

“Breaking this record is a testament to the reliability of the VW ID.4 and Hankook’s Kinergy AS EV tyres, which provided low rolling resistance and enabled fewer stops at charging stations and to drive this tour with confidence,” said Rainer Zietlow. “From the desert terrain in Nevada to the heavy rain in Oregon and windy parts of the Midwest, Hankook’s Kinergy AS EV tyres provided the grip I needed, superior stability, and handling, all of which made their performance imperative to the success of this tour.”

The Hankook Kinergy AS EV tyre is equipped with top-tier technology to complement the unique characteristics of EVs. The tyre is hyper-low noise. Its special block design pattern offers supreme driving performance on par with ultra-high-performance tyres while the tread offers optimum grip force to deliver the high instant torque of an electric motor to the road without loss. Furthermore, a new compound and silica reinforcement with increased dispersibility improves wear resistance.

“As a long-term Challenge4 and Volkswagen tyre partner, Hankook is very proud to be part of this record-breaking moment and we would like to congratulate the team on this new accomplishment,” said Sooil Lee, President and CEO of Hankook Tire & Technology. “Understanding that this journey would require tyres that can withstand the most diverse conditions across different parts of the country, we were confident about offering this with our EV-dedicated tyre, as it is capable of providing exceptional grip and handling as well as improved durability with low rolling resistance.”

Hankook has steadily increased its presence in the tyre segment for electric vehicles through forward-looking investments in R&D and the use of leading technology. The company is not only equipping leading EVs with its Kinergy AS EV as well as Ventus S1 evo 3 EV tyres but was also selected as the exclusive tyre supplier for the “ABB FIA Formula E World Series” from the 2022/23 season onwards, where the new, fully electric, third generation racing cars will compete around the world in their own FIA World Championship.

Their journey has been chronicled at vwid4-usatour.com, where visitors to the website can view images and a map highlighting the path of the tour. 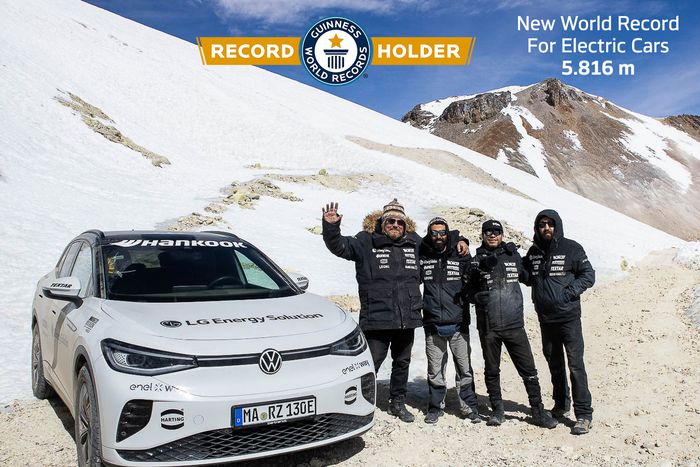 Recently, record-breaking driver Rainer Zietlow climbed the Uturuncu volcano in Bolivia in a VW ID.4 GTX on Hankook tyres, reaching a height of 5.816 metres The goal: drive the highest, still passable mine road on the...

Hankook supports the “Volkswagen ID.4: Great Roadshow through the U.S.”

Tyre maker Hankook is going on tour again together with Challenge4 and Volkswagen. After the VW ID.3 tour through Germany in 2020, Hankook is now providing its tyres for the US Cross Country Tour on the all-electric... 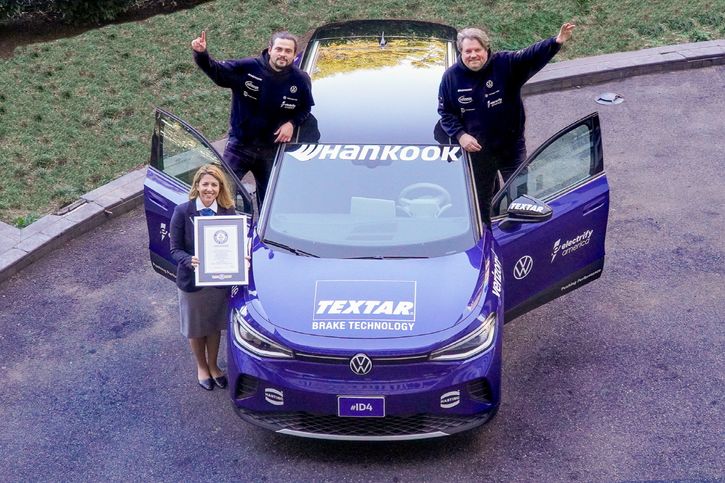 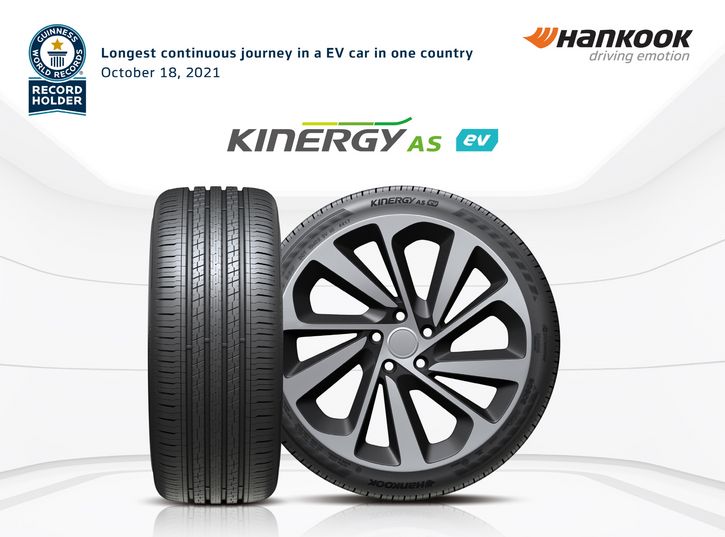