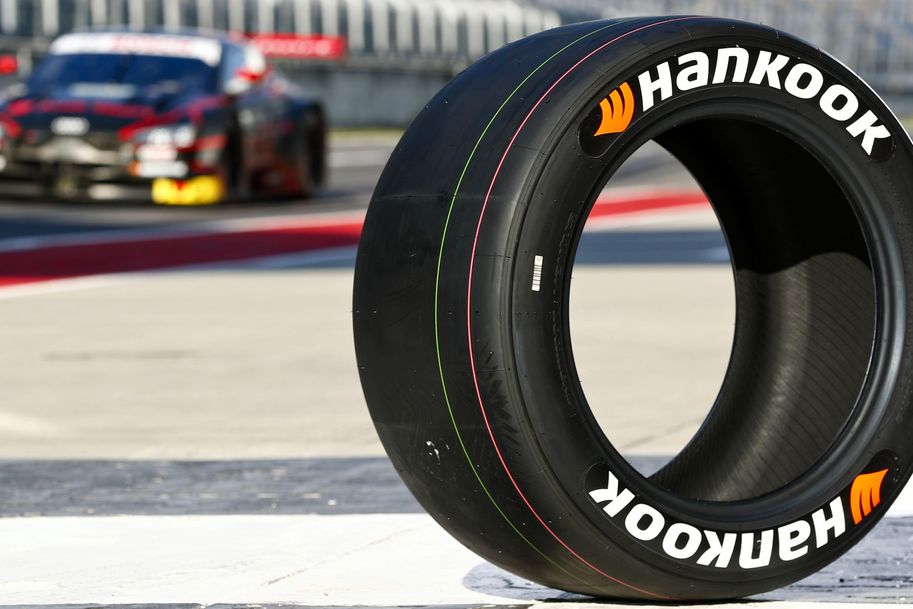 Hankook is continuing at full throttle and consistently expanding its involvement in motorsport. At the start of the year, the premium tyre maker entered into more partnerships with renowned racing series. Hankook has been the exclusive tyre partner of the DTM since 2011, and the highly-anticipated new season kicks off at the beginning of May. Based on technology tried and tested in the DTM, the company has consistently added to the success story of its high-end passenger tyres. With the brand new Ventus S1 evo 3, Hankook is setting new benchmarks in terms of both performance and environmental properties.

Neu-Isenburg/Germany, 30 April 2019 – This season, Hankook’s co-operative partners include the Formula Renault Eurocup. This prestigious racing series stages ten race weekends at such iconic racetracks as Silverstone, Monza, Hockenheim and Monaco in the context of Formula 1. The format sees 24 cars go head to head on the Ventus Race tyre. Hankook will also supply the Belcar series with its premium tyre, the Ventus Race, for the first time this year. This renowned racing series in Belgium and the Netherlands features GT cars and touring cars.

The Mini Challenge Italia will also drive on the premium tyre maker’s Ventus Race this year. The series with the legendary Mini comprises of six events in Italy, with the final round taking place in Monza on 20th October. In keeping with the motto “full speed ahead for women”, Hankook has also equipped the newly launched W Series from the outset with its high-end racing tyres. The single-seater series for female drivers features six rounds and starts exclusively on the DTM support programme.

“Motorsport is an important part of the DNA of Hankook and the DTM offers us an excellent platform, on which to perfectly demonstrate the performance of our high-end tyres and our expertise at a top international level,” said Han-Jun Kim, President of Hankook Tire Europe. “We are always on the lookout for interesting series and formats, in order to further develop these with our premium products. The partnership with the newly-formed W Series is particularly impressive. We are pleased to be involved in the pioneering work being done in this area.”

Fans are excitedly awaiting the start of the DTM series, which, in keeping with tradition, takes place at the Hockenheim Ring from 3rd to 5th May. For the premium tyre maker, the opening round at the iconic circuit near Heidelberg kicks off the ninth season as exclusive tyre partner of arguably the most popular international touring car series. “We are very happy to have a highly-professional and reliable tyre partner in the DTM, in the form of Hankook. Hankook is an international corporation and one of the largest tyre manufacturers in the world. Hankook supplies the teams with modern racing tyres, which are very safe and allow the drivers to push themselves to the limit. That is how it should be in top-class motorsport,” said ITR Chairman Gerhard Berger.

With Aston Martin, the DTM grid will feature a non-German manufacturer for the first time in years. The British sports car manufacturer has a wealth of experience in international motorsport and, even in its first year, promises to be a serious competitor for Audi and BMW, who have been at home in the DTM for many years.

For Manfred Sandbichler, the long standing and trusted co-operation between Hankook, the DTM and the manufacturers is the best basis, on which to master the increased demands, which are new to everyone. “As the cars have changed significantly, comparatively the Hankook race tyre has remained the same this year, the teams of Hankook engineers and the manufacturers must pull together even more and intensify the co-operation to ensure that the car and race tyres form one unit. This has worked perfectly in the past, so I am confident it will be a great and another successful DTM season despite the new challenges,” said Sandbichler, Hankook Motorsport Director Europe.

Hankook faces new challenges in its ninth year in the DTM. For the first time, the DTM cars will be powered by new four-cylinder turbo engines with a capacity of two litres, which generates 100 hp more than the V8 engines used previously. “We have a totally new car with less downforce, a larger rear wing and a new turbo engine which has completely different performance characteristics to the powertrain used previously in the DTM. As a result, the demands placed on the Hankook race tyres have changed completely. More power means we must reckon with wheel spin, which can lead to the surface of the tyre overheating and put greater strain on the running surface than was previously the case. In order to avoid this, the driver must apply the immense power of the turbo engine, the performance characteristics of which are a lot sharper than those of a naturally aspirated engine, in a controlled and measured manner. This places even greater emphasis on driving ability, which is what the fans and spectators want to see after all. The Hankook race tyre will also be even more important, ensuring we are in for plenty of excitement and drama at the season-opener at the Hockenheim Ring, which is one of the most demanding DTM circuits,” said Thomas Baltes, the Hankook race engineer responsible for the DTM.

While spectators and fans at the racetracks are treated to fascinating motorsport, it goes without saying that motorists also benefit from Hankook’s involvement in motorsport. The experience and data gained over the years as a DTM tyre partner have been incorporated in the development of the new ultra-high-performance road tyre – the Ventus S1 evo 3. In one of the world’s largest independent tyre tests, performed by the German automotive magazine Auto Bild, Hankook’s new high-end flagship tyre scored top marks out of the 53 brands tested, immediately earning itself a place on the podium. 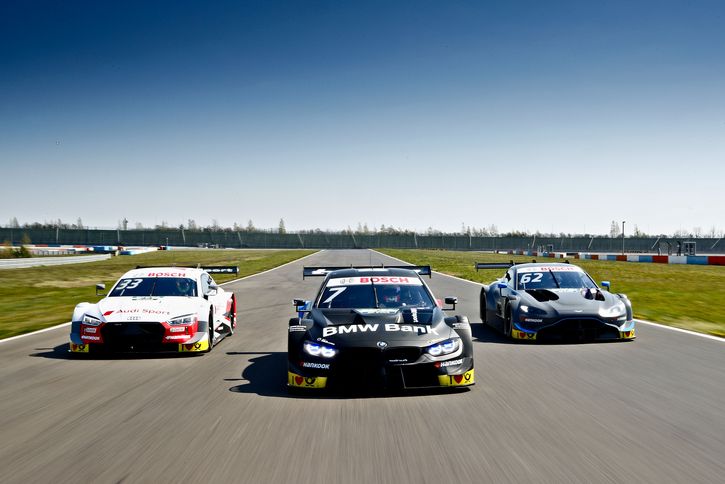 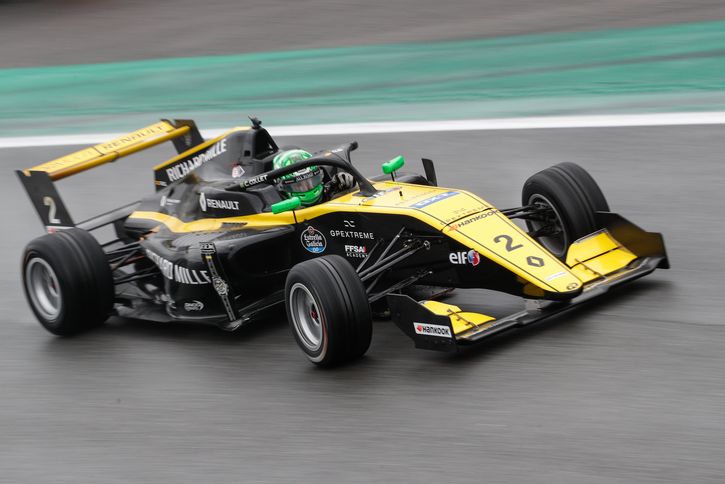 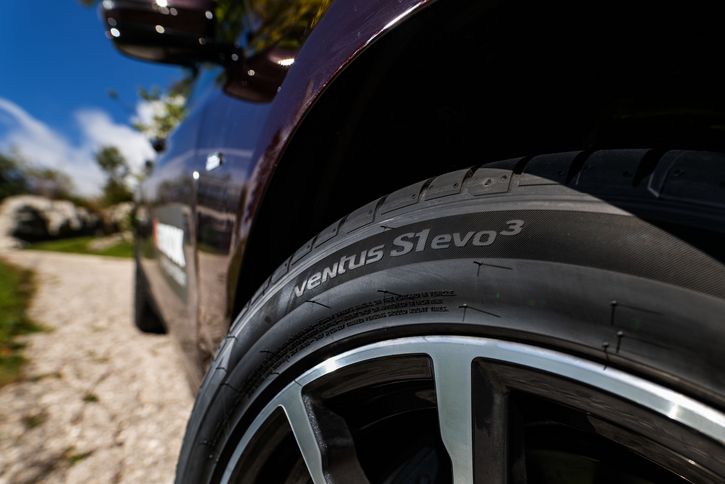 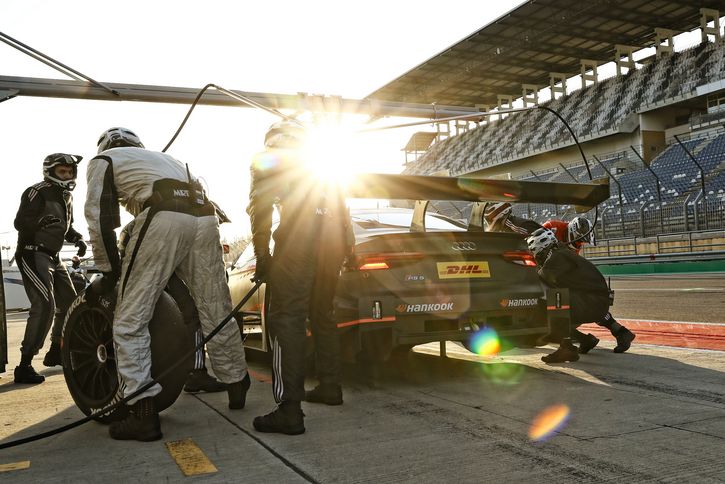 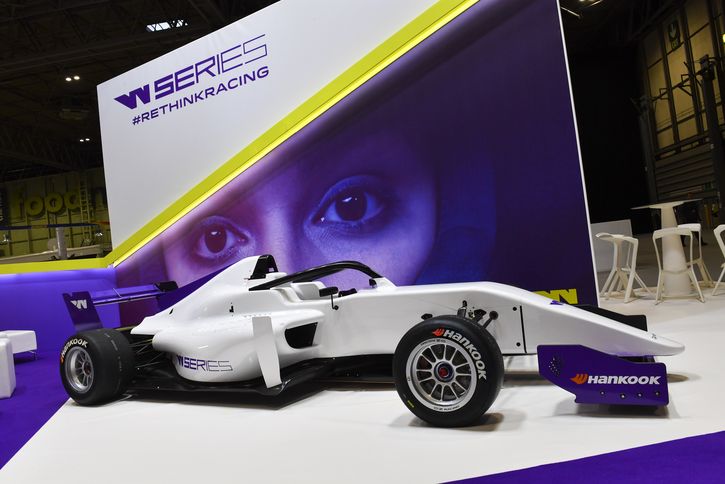