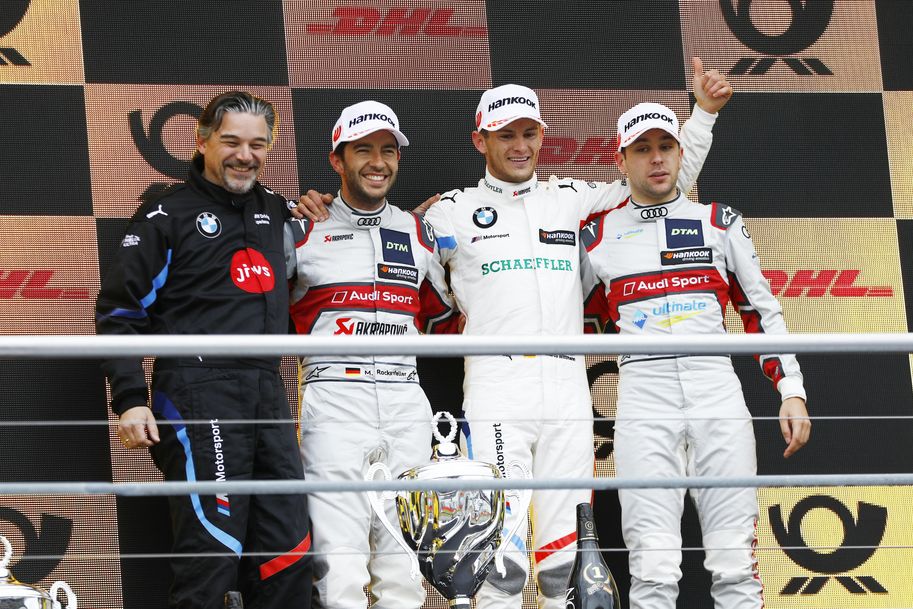 Marco Wittmann produced a dominant performance to win the opening race of the 2019 DTM season. The BMW driver was always on top of things in a rainy Hockenheim on Saturday, crossing the line first after 34 laps of racing to convert his pole position into the first win of the season in arguably the most popular international touring car series. With the rain falling heavily at times, the wet-weather tyre supplied by premium tyre maker Hankook performed impressively throughout, providing the drivers and their new 600-hp turbo engines with the necessary grip on the wet track and as the surface started to dry out later on in the race. This meant that, despite the difficult conditions, spectators were treated to an exciting DTM opener without any major incidents and only a handful of weather-related offs.

Hockenheim/Germany, 4th May 2019 – Pole-sitter Marco Wittmann (BMW) made a perfect start in Saturday’s opening race of the 2019 DTM season at the Hockenheimring, successfully defending his lead. With the rain unrelenting, it was René Rast (Audi), who started race one of the opening DTM weekend from fourth place on the grid, who emerged as Wittmann’s most dogged rival for much of the race. However, the Audi driver was forced to retire with gearbox damage on lap 28. That left Marco Wittmann, who came in for his mandatory tyre change with four laps remaining, to claim his 12th DTM victory unchallenged.

The two-time DTM champion was followed home in second place by Mike Rockenfeller (Audi), ahead of fellow Audi driver Robin Frijns in third. Timo Glock produced the fightback of the day. The BMW driver was spun by René Rast (Audi) shortly after the start, but battled his way back from 15th place to finish fourth. Daniel Juncadella came home ninth to score the first two points for DTM newcomer Aston Martin.

Manfred Sandbichler, Hankook Motorsport Director Europe: “It was a great DTM opener. All the drivers did a fantastic job with the new, more powerful turbo engine in these difficult conditions. It was vital to get the Hankook wet tyre up to the optimal temperature on the wet track. Not all the drivers did such a good job of that at first. As such, spectators witnessed an exciting opening DTM race in Hockenheim, despite Marco leading from start to finish to take victory. It is forecast to be dry on Sunday, when I am sure we will see a completely different race.”

Marco Wittmann (BMW): “That was a mega start for me. I got to grips very well with the Hankook wet tyre and managed it very well in both qualifying and the race. We opted for a different strategy to many of the other teams and started the race on a set of used tyres. That paid off. I came under a bit of pressure from Mike and René, but was ultimately able to claim a convincing victory.”

Mike Rockenfeller (Audi): “The cold and wet conditions made it difficult to get the tyre up to the optimal temperature. It went well in qualifying, but I was not so quick on a fresh set of tyres in the race. When I returned to the track on a set of used wet tyres after the pit stop, it worked really well again and the performance was there.”

Daniel Juncadella (Aston Martin): “It was very cold and hard to find the right air pressures to get the wet tyre working. When the track started to dry out towards the end of the race, I coped really well with the Hankook wet tyre. We still need a little time to fully understand and manage the Hankook tyre.” 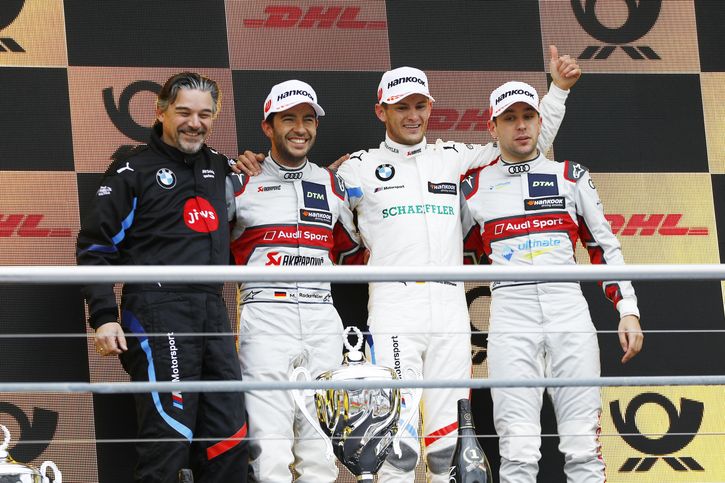 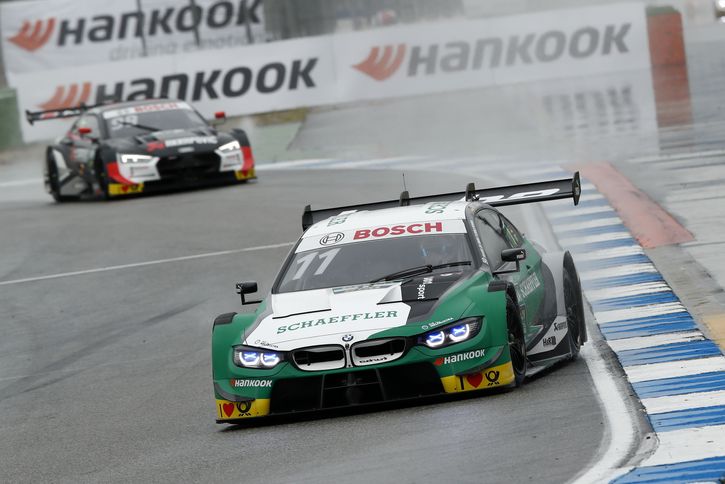 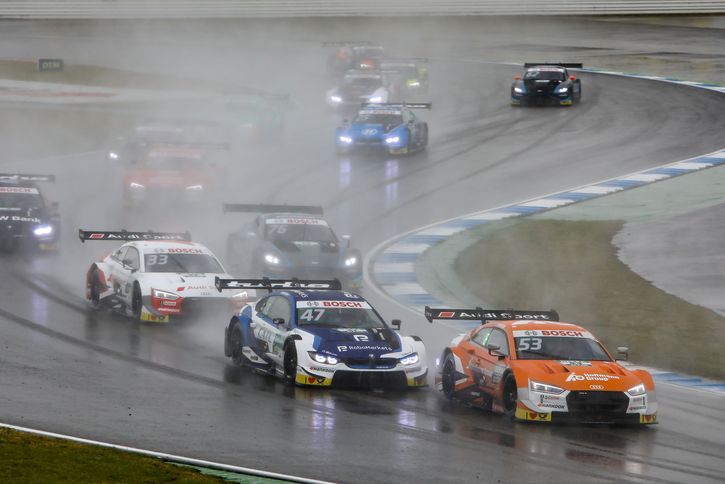 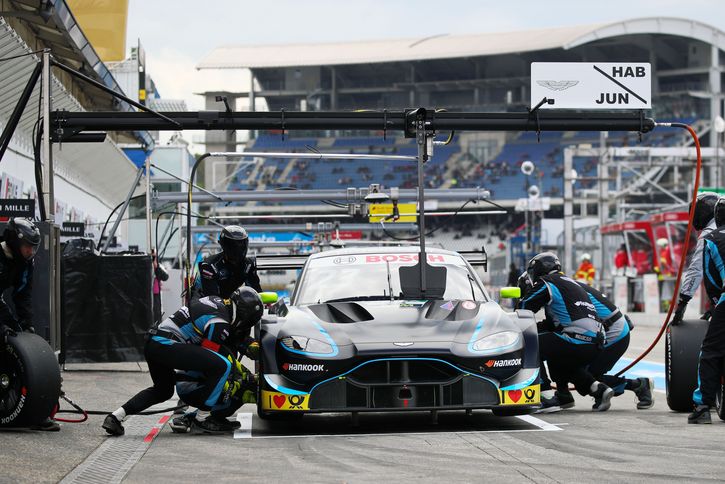