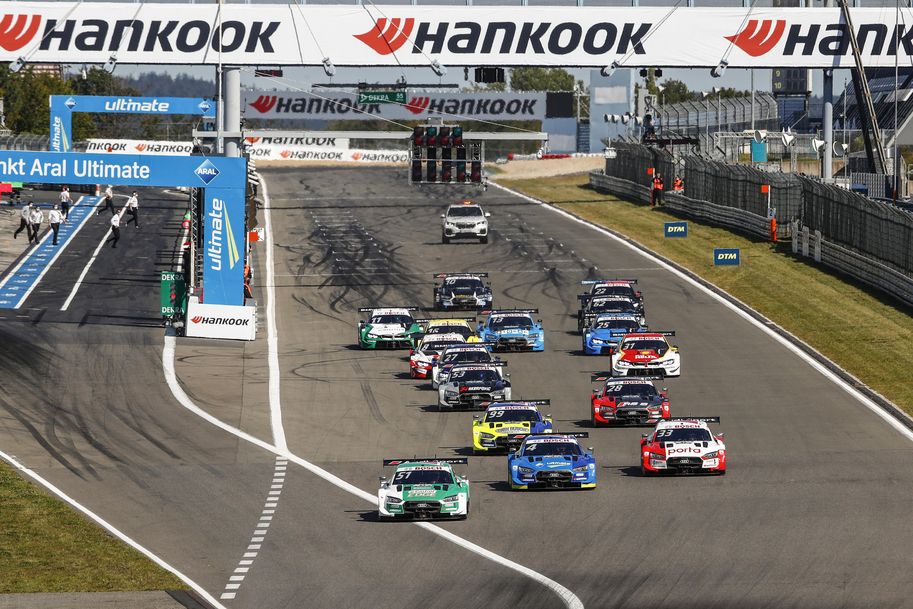 As exclusive tyre partner of the DTM and the DTM Trophy, premium tyre maker Hankook was in action at the Nürburgring this weekend. In summery conditions and with track temperatures reaching 41 degrees, the Ventus Race produced is customary strong performance, providing the drivers in both series with plenty of grip and consistency. Meanwhile, the young drivers in the Formula Renault Eurocup went in search of victory and points in Magny-Cours for the first time for ten years, where they were ideally supported by the Hankook race tyre.

Neu-Isenburg/Germany, 15th September 2020 – Saturday’s DTM race at the Nürburgring was dominated by championship leader Nico Müller. Starting from pole position, the Audi driver controlled the race and opened a commanding lead during his second stint on a fresh set of Hankook race tyres. He eventually crossed the finish line over 15 seconds ahead of fellow Audi man René Rast. “The strategy worked, and I was able to manage the Hankook race tyre perfectly right through to the finish,” said Müller, who topped the standings at the halfway point of the DTM season. The best-placed BMW driver was Marco Wittmann, who finished third to claim his second podium of the season.

On Sunday, it looked for all the world as though Müller (Audi) would be victorious again, having set the fastest time in practice. However, technical issues meant the Swiss driver ultimately had to settle for fifth place. His team-mate and fellow Audi driver Robin Frijns seized the opportunity to take the second DTM victory of his career, crossing the finish line ahead of René Rast and Mike Rockenfeller (both Audi) after 31 laps of racing. “I had an incredible amount of grip in my second stint on the Hankook race tyre, and overtook Nico, who had technical issues. Once I had the lead, I was able to control the pace and secure my second DTM win,” said the Dutchman, who now lies second in the overall standings, 29 points behind Müller. The fastest BMW driver on Sunday was Sheldon van der Linde in sixth place.

In the DTM Trophy, Tim Heinemann (Mercedes-Benz) continues to plough a lonely furrow at the top of the championship standings. A brace of victories at the Nürburgring made it four wins in a row on the Hankook Ventus Race. Heinemann takes a 66-point lead over fellow Mercedes-Benz man Jan Kisiel into the second half of the season in the new racing series. “As pole-sitter, I was able to lead both races from the front and to pace the Hankook tyres. That was the key to my success,” said the leader of the DTM Trophy at the halfway point of the season. In the Junior competition, Britain’s Ben Green (BMW) now tops the standings, ahead of Porsche driver Felix Hirsiger from Switzerland.

Circuit de Nevers Magny-Cours in France hosted the Formula Renault Eurocup for the first time for ten years at the weekend. The young drivers put on another display of spectacular motorsport on the Hankook race tyre at round four of the season. The top two drivers, Victor Martins and Caio Collet, proved unstoppable. Brazilian Collet took the championship lead with victory on Saturday, before Frenchman Martins hit back on Sunday with a win at his home circuit to regain the overall lead. “Taking the whole weekend into account, the car and the Hankook race tyre worked very well. I was able to maintain the lead at the start on Sunday and to defend that lead at the re-starts after the safety car phases. The championship is still incredibly exciting,” said a delighted Martins after his third win of the season.

Manfred Sandbichler, Hankook Motorsport Director Europe: “Congratulations to Nico Müller on leading the DTM at the halfway point of the season. With his perfectly set-up Audi and the Hankook race tyre, he was the dominant force at the Nürburgring on Saturday. Robin Frijns then took over on Sunday and, after his second victory, is now team-mate and fellow Audi man Müller’s closest rival. However, the strength in depth in the DTM is so high that anything can happen in the second half of the season. The same goes for the DTM Trophy. However, Tim Heinemann, who leads the championship at the halfway point and won two races at the Nürburgring, is looking very serene. The Formula Renault Eurocup in Magny-Cours was all about the top two drivers, Victor Martins and Caio Collet, who were both very impressive. They took one victory each and are now separated by just two points in the overall standings. Hankook is pleased to supply this high-class junior Formula series with the Ventus Race.” 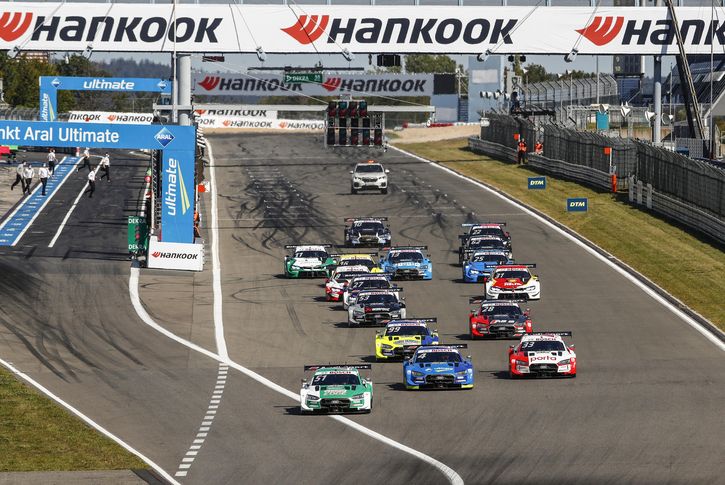 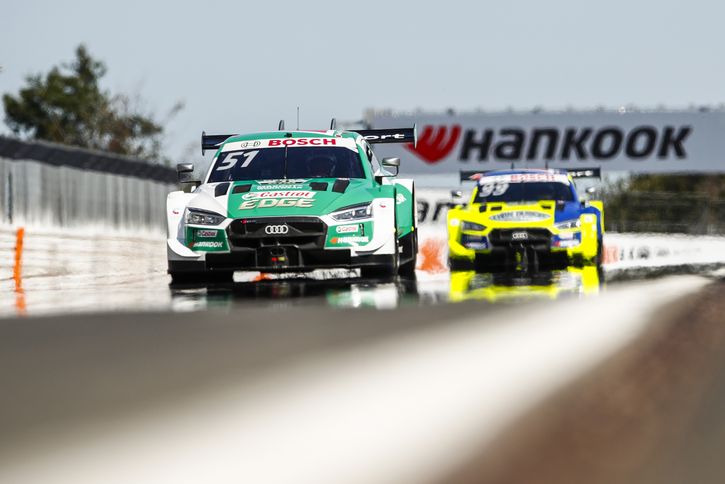 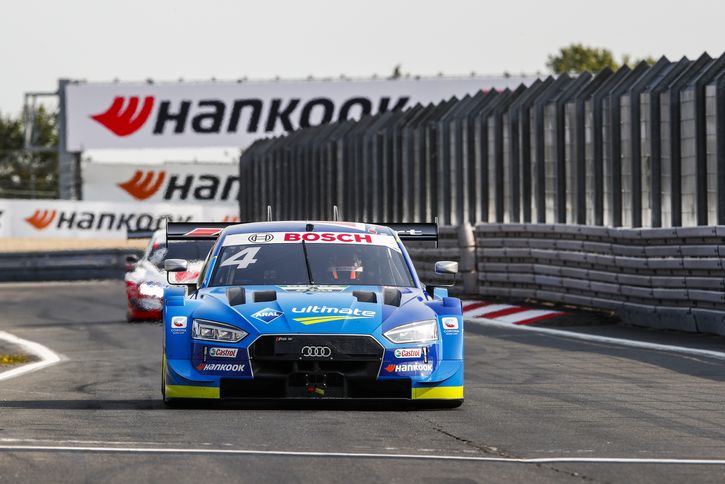 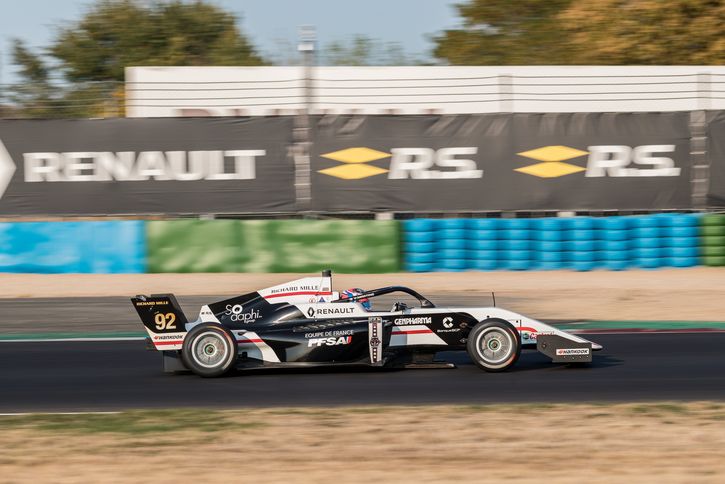 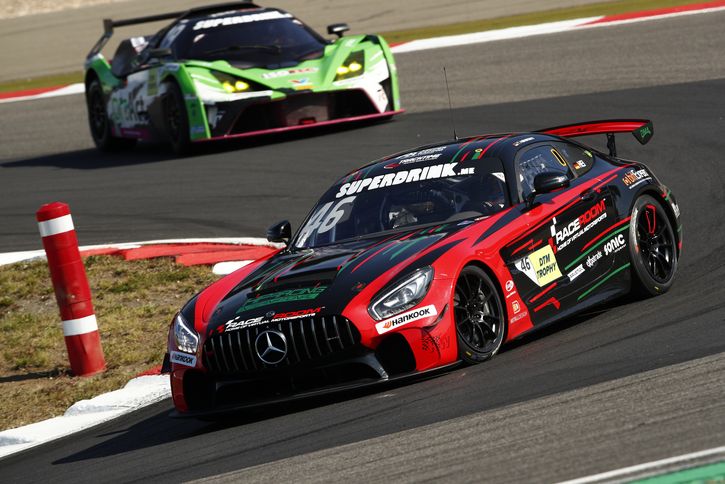